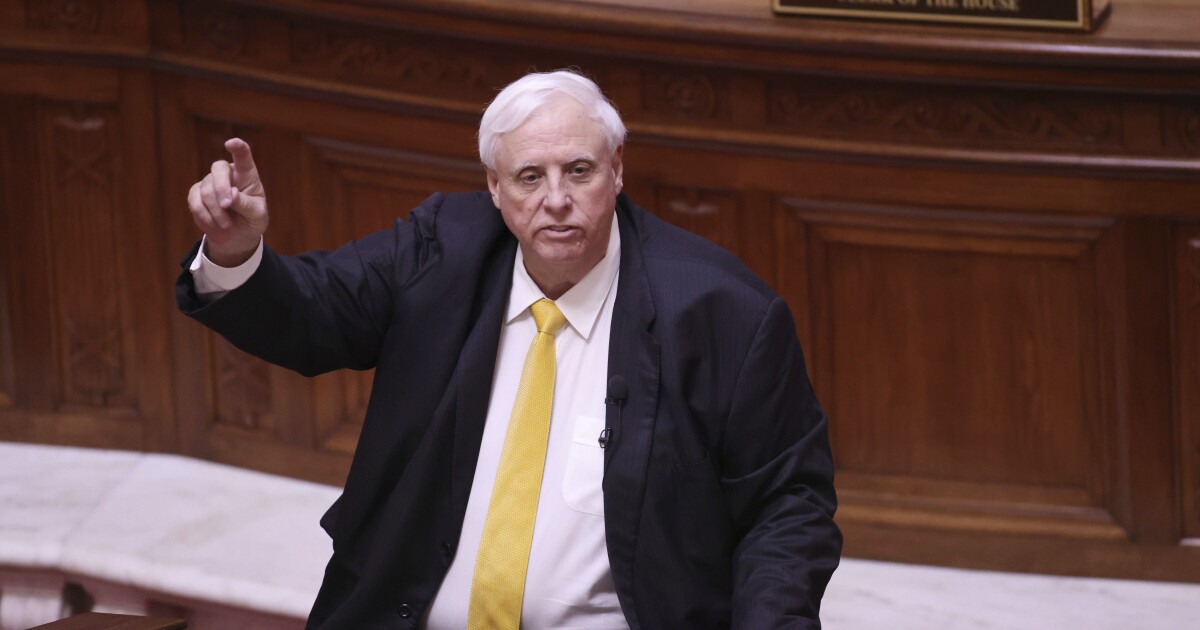 Why do Republicans keep agreeing to do interviews with partisan activists?

There’s something to be said for going into the lions’s de. Successful efforts to calm a hostile room can win the admiration and respect of one’s opponents. But when it comes to MSNBC, it’s more like a hyena pit. It’s beyond hostile — it’s crazed.

Consider, for example, Republican West Virginia Gov. Jim Justice, who agreed to an interview this weekend with MSNBC’s Stephanie Ruhle to discuss the signing of a bill designed to protects girls’ sports in schools,

Ruhle didn’t really want to discuss the bill, its merits or its downsides. She just wanted to berate the governor for his supposedly backward view that only biological women should be permitted to compete in women’s sports.

Complain all you want about Ruhle’s hostile treatment of Justice, but what else did the governor expect? MSNBC, which will tell you itself it’s the place for progressive politics, isn’t in the business of deliberating or analyzing legislation in a calm, rational manner. It’s in the business of building up Democratic policies and politicians while tearing down Republicans. If you can see this, then why can’t Republican leaders?

“The law you just signed that bans transgender female athletes from playing on women’s school sports teams,” said Ruhle as she segued into discussing the bill[1], “can you name one example of a transgender child trying to gain an unfair competitive advantage at a school there in West Virginia?”

“Well, Stephanie, I don’t have that experience exactly to myself right now, but I will tell you this –” the governor began before he was cut off by the host.

“Not yourself,” said Ruhle, “your state, sir. Can you give me one example of a transgender child trying to get an unfair advantage? Just one in your state? You signed a bill about it.”

“But, sir,” Ruhle said, “you don’t have examples of this happening. Why would you take your time to do this? Let’s talk about other things that I can give you examples of in your state. According to U.S. News and World Report, West Virginia ranks 45th in education, 47th in health care, 48th on the economy, and 50th in infrastructure.”

She added, “If you cannot name one single example for me of a child doing this, why would you make this a priority? I just named four things that would seem to me like a much bigger priority.”

“You signed it,” Ruhle shot back, missing the point.

“I mean,” said the governor, “it’s just come to me, and I actually signed it because I believe, from the standpoint of a coach, I believe that girls worked so hard to obtain Title IX — and I do not have any idea now why we are trying to disadvantage them in participating in the sport that they’ve put so much into.”

Justice continued, saying before he was again cut off, “I don’t know why we’re doing it. This is not like it’s a big priority to me. In fact, I think we only have 12 –“

“You signed it,” Ruhle insisted.

“No, Stephanie, listen,” Justice said, “I think we only have 12 kids maybe in our state that are transgender-type kids. I mean, for crying out loud, Stephanie, I sign hundreds of bills — hundreds of bills. This is not a priority for me. But with all that, I would say I think that it would pose an unfair disadvantage on the girls. And so, from that standpoint, I support it.”

Rhule then ended the interview, which went exactly as you’d expect.

“Please, come back when, beyond anecdotal feelings as a coach, you can show me evidence where those young women are being disadvantaged in your state because I can show you evidence about how ranking that low in education is disadvantaging young women and men in West Virginia,” she said, getting in a few last digs.

Later, MSNBC’s Ali Velshi aired highlights of the interview, remarking, “Based on that clip, it looks like Justice got served. Stephanie calls it as she sees it.”

This is the modus operandi for left-wing networks. They see it as their job to kneecap Republicans, certainly not to debate issues dispassionately. Yet, for whatever reason, Republicans keep accepting invites onto these shows. Republicans keep treating left-wing anchors and reporters as if they’re fair and even-handed operators. Hell, the GOP once agreed to allow even then-CNBC reporter John Hayward to moderate a Republican primary debate. It’s as if the GOP is begging hostile journalists to place their fingers on the scale, tipping everything in favor of Democratic-friendly talking points.

Republicans complain a lot about media bias, claiming they’re not being given a fair shake by the press. Why, then, do they continue to legitimize news networks that are explicitly not in the business of being fair and impartial?