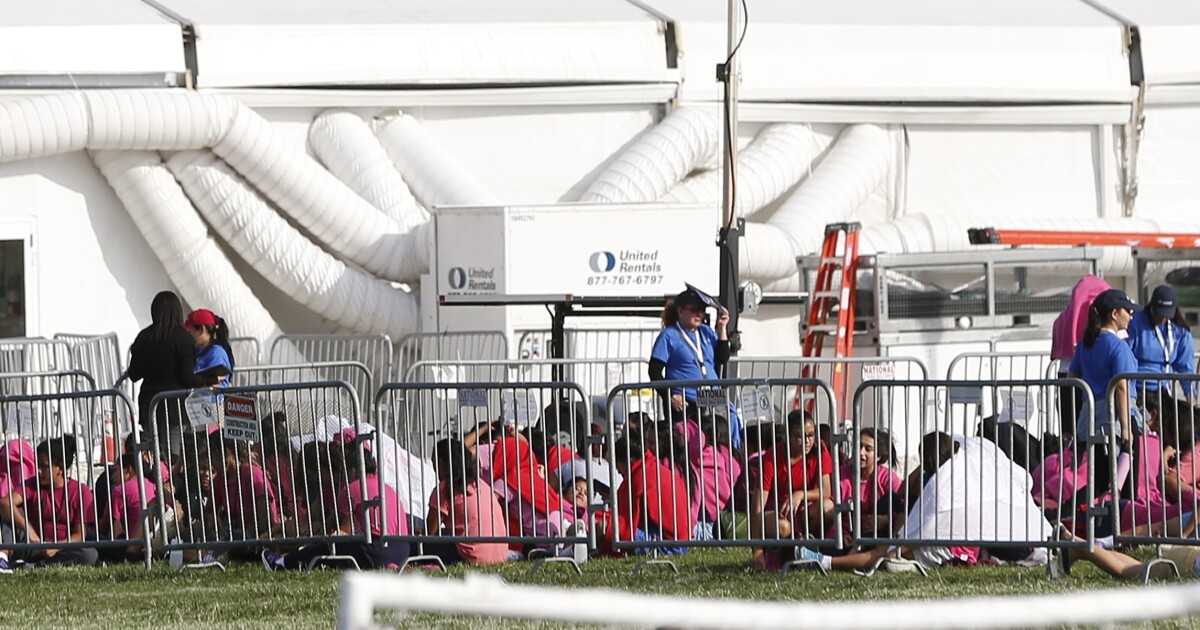 The Department of Health and Human Services confirmed Wednesday that more than 1,000 children housed at Fort Bliss, outside El Paso, Texas, receive COVID-19 tests before entering the military installation and are tested again every three days.

HHS has in recent weeks requested the emergency use of military installations to house unaccompanied migrant children since the agency cannot manage the thousands of children entering the country with its 200 sites in 22 states. Fort Bliss began receiving children a week ago, and it now houses 1,207 children as temporary soft-sided structures inch toward a maximum capacity of 5,000 beds. Camp Roberts in California is also under “active consideration” by HHS, and the Pentagon confirmed Tuesday that HHS had conducted a site visit at Fort Benning, Georgia.

As of Monday, HHS confirmed that approximately 15,193 unaccompanied migrant children were in its care, but more space is still needed.

“Additional capacity is urgently needed to manage the increasing numbers of [unaccompanied children] referrals from DHS,” the HHS official said.

Pentagon spokesman John Kirby said Tuesday that the DOD was not in possession of any further HHS requests for assistance and that no other site visits were planned. The use of military facilities to house unaccompanied migrant children took place during the Trump and Obama administrations, when tens of thousands of children entered the country during previous border surges.

HHS informs the public of every new emergency influx site with a press release and a notification to state and local authorities, as well as members of Congress.

Unless President Joe Biden extends the DHS mission, the DOD will withdraw from the border on Sept. 30.