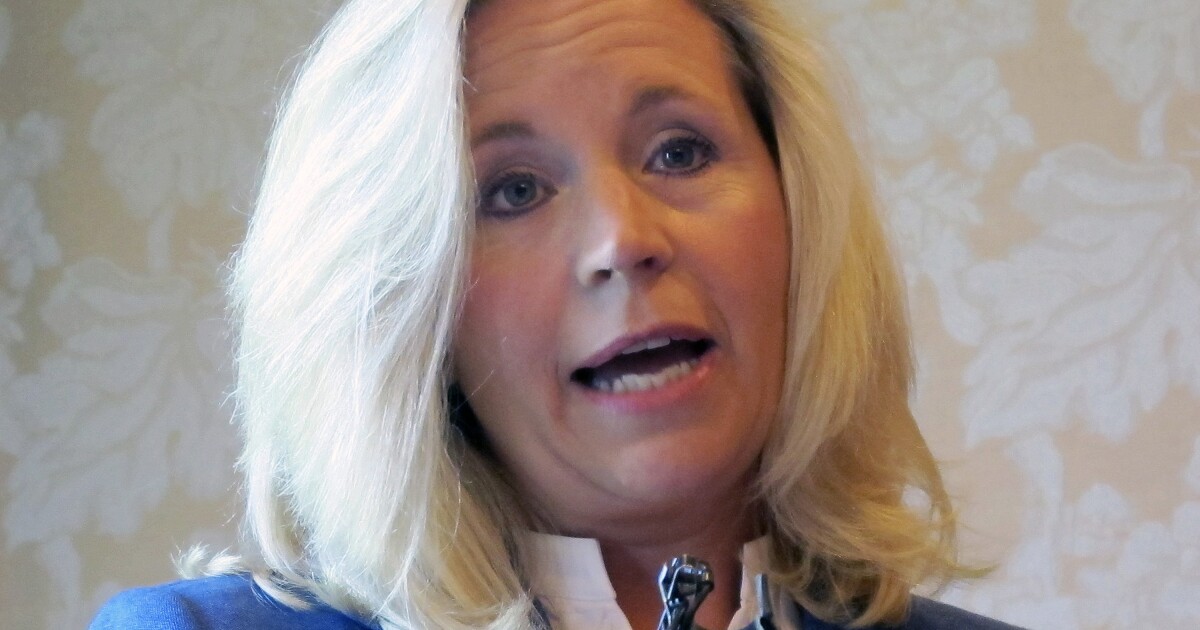 House Republicans could vote to remove Conference Chairwoman Liz Cheney as soon as next week, sources told the Washington Examiner on Tuesday.

The increasingly embattled Cheney survived a move to oust her earlier this year after she voted to impeach President Donald Trump, but a new round of anti-Trump comments, as well as her foreign and domestic policy positions, have put her further at odds with the GOP conference, Republicans told the Washington Examiner.

“She’s out of sync,” a Republican leadership source told the Washington Examiner. “She’s not helping Republicans win back the House.”

The vote on whether to remove Cheney could occur as early as May 12, a GOP source told the Washington Examiner.

Sources told the Washington Examiner that New York Republican Rep. Elise Stefanik is jockeying to replace Cheney as conference chairwoman and appears to be favored by GOP leaders.

Another possible candidate, Republican Study Committee Chairman Jim Banks of Indiana, will not run for the position, an official in his office confirmed.

Minority Leader Kevin McCarthy has grown increasingly frustrated with Cheney, who holds the No. 3 leadership position in the House GOP.

Leaders had hoped Cheney would refrain from criticizing Trump and other conservatives who support him. But in several media interviews over the past month, Cheney has reiterated her opposition to Trump and her view that he should never again become president or play any leadership role in the party.

While Cheney survived a February leadership challenge, Republicans say she was aided by a plea at that time from McCarthy, who urged the disgruntled conference not to vote to remove her.

“This time, McCarthy is not doing that,” the source said. “It’s going to give rank-and-file members cover to vote against her.”

Without the backing of top leadership, the source said, “She’s toast.”

On Twitter, Cheney responded: “The 2020 presidential election was not stolen. Anyone who claims it was is spreading THE BIG LIE, turning their back on the rule of law, and poisoning our democratic system.”

Cheney’s unabashed opposition to Trump has attracted media attention, and it stole the unity narrative at the GOP issues conference in Orlando, where House Republicans met to plot an agenda and pathway to regaining the majority in 2022.

She told reporters in Orlando that Trump was not the leader of the Republican Party and that those Republicans who voted against certifying the presidential election for Biden had disqualified themselves from the 2024 presidential field.

“Any member who is not focused on policy and making sure the next century is the American century is kind of wasting their time,” McCarthy told reporters there.

Cheney also angered members of the largest House GOP faction, the Republican Study Committee, by criticizing a key party framework memo authored by Banks that promoted a party allegiance to Trump and the accomplishments of his presidency in a bid to appeal to the working-class voter.

Cheney characterized the memo as “neo-Marxist,” which angered not only Banks but the many lawmakers in the RSC whose feedback helped shape the memo, a GOP source said.

“That is illustrative that this runs deeper than personality,” the source told the Washington Examiner. “This is a disagreement on where the Republican Party goes from here.”

Cheney stands by her opposition to Trump and has the backing of at least some lawmakers in the party.

She is among 10 House Republicans who voted to impeach Trump on the charge that he incited the Jan. 6 riot at the Capitol.

There are likely many more Republicans who either want Trump to reduce or eliminate his visibility in party politics or are on the fence about what role, if any, he should play.

But most GOP lawmakers want to avoid conflict with Trump, who still controls a passionate and sizable base.

McCarthy, a staunch Trump ally, said in Orlando that the GOP conference would decide Cheney’s future in leadership and signaled her comments about Trump and those who support him were unwelcome.

On Tuesday, McCarthy told Fox News fellow Republicans are concerned about Cheney’s ability to “carry out the job” of conference chairwoman, which he said is a position designed to unify the conference and enable the GOP to win back the majority.

At a Georgia press conference hours later, McCarthy said whether Cheney stays in the position isn’t up to him.

“The conference decides all that,” McCarthy said.