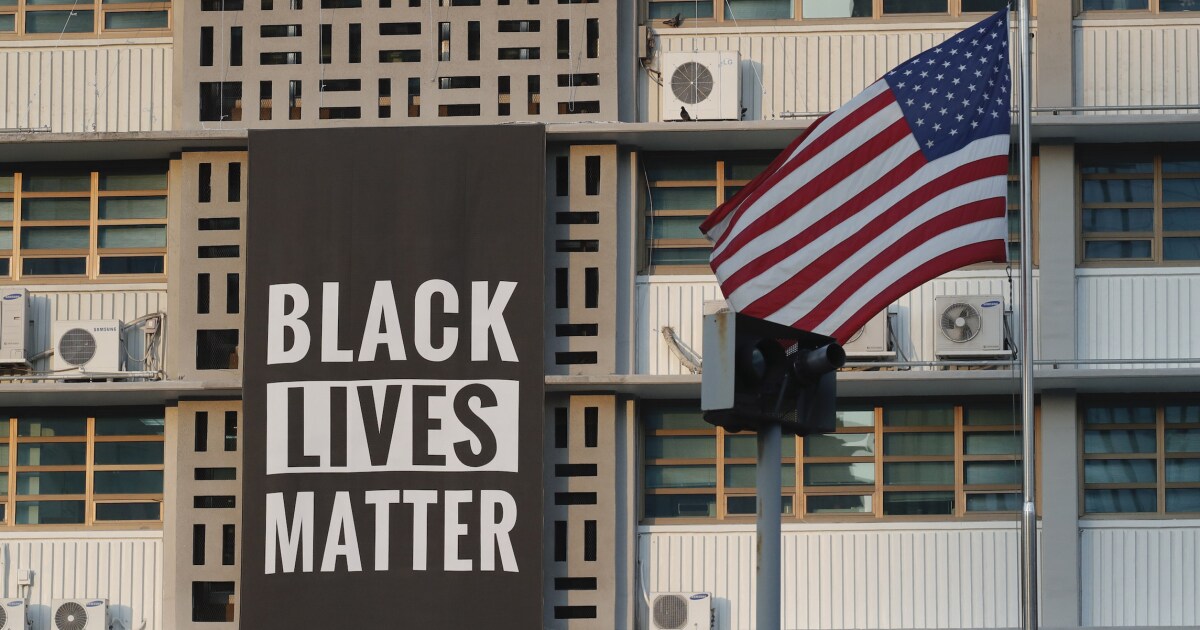 The Rochester Public Schools Board in Minnesota approved Black Lives Matter messaging under protected “government speech,” which officials say protects the school from being held liable for allowing those views while not allowing dissenting opinions.

“[By] adopting the messages that you’re adopting as government speech, you’re saying these are the messages that we’re communicating as a school district, and by doing that, we’re not also creating a forum to allow other types of speech to enter the forum,” the school board’s attorney, John Edison, said[1].

Under government speech, “it is the government itself that is speaking … it can control what that message is. So, you don’t have the same issue [of] people coming forward and saying that by expressing a certain message you have to allow others to be expressed, too. That concept does not apply when you’re talking about government speech,” according to Edison.

The announcement came at the same time that the school district renewed its contract with the Rochester Police Department, though some school board members say that is only until the school can find another solution for protection.

Black Lives Matter recently released an updated list of demands, staying on the message that police departments should be defunded after multiple black people died during their interactions with the police.

“The police that met our BLM protestors this summer with assault rifles, teargas, and military-grade protective gear were the same police that, on Wednesday, met white supremacists with patience and the benefit of the doubt, going so far as to pose for selfies with rioters,” the group’s fifth demand reads. “The contrast was jarring, but not for Black people. We have always known who the police truly protect and serve. D.C. has the most police per capita in the country; more funding is not the solution.”