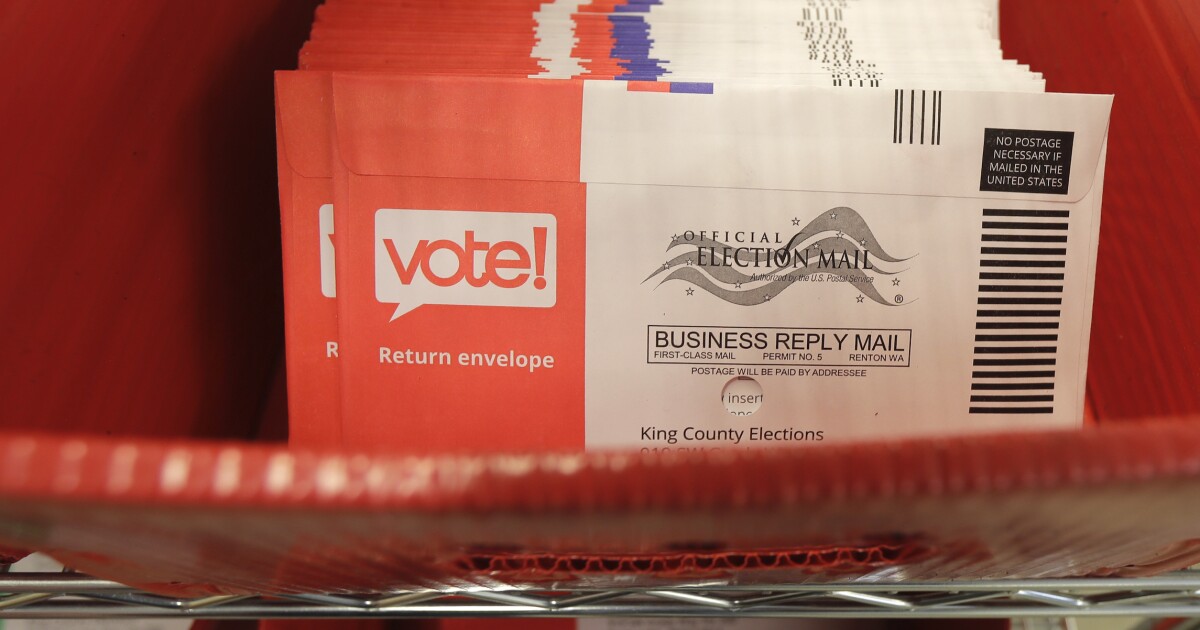 A Pennsylvania[1] man who admitted to casting a ballot on behalf of his dead mother for former President Donald Trump[2] was sentenced to five years of probation.

Bruce Bartman[3], 70, pleaded guilty Friday to two counts of perjury and one count of unlawful voting. His sentence will bar him from voting in an election for four years, and he will no longer be eligible to serve on a jury.

DOMINION ACCUSES POWELL OF LYING FOR FINANCIAL GAIN AND FAME[4]

“I was isolated last year in lockdown. I listened to too much propaganda and made a stupid mistake,” he told the judge.

He obtained an absentee ballot using the driver’s license number of his mother, who died over a decade ago, filled it in, and returned the ballot, prosecutors said. Bartman is also accused of registering his dead mother-in-law, who died in 2019, to vote, but he didn’t cast a ballot under her name, according to[5] the Associated Press.

District Attorney Jack Stollsteimer said he felt like “justice has been served” and that he didn’t believe there was “public benefit to him being incarcerated,’ in part, because “this defendant, from the beginning, has accepted responsibility for his actions, and he has paid the price for them,” according to[6] the Philadelphia Inquirer.

When Bartman requested the absentee ballot for his dead mother, it raised flags in the state’s system, so he signed and confirmed in a letter stating that she was alive.

Two other Pennsylvania men, Ralph Thurman and Richard Lynn, have also been accused of voter fraud by casting illegal ballots for Trump, though both cases are still pending.

Trump and other GOP-adjacent groups filed multiple lawsuits[8], including questioning the election outcomes in Pennsylvania, though they were not successful.

Trump maintains he is the rightful winner of the 2020 presidential election, but state and federal election officials have confirmed through audits and recounts that there wasn’t enough fraud to question President Joe Biden’s[9] electoral victory.