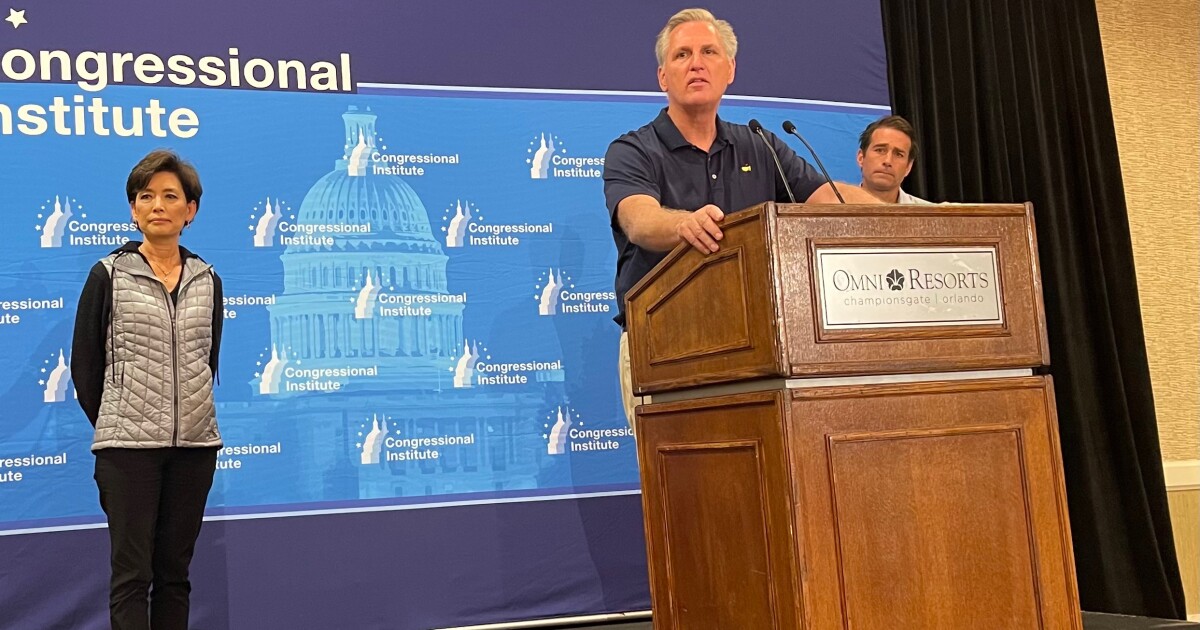 “Word is out that House GOP Leaders are looking to push Rep. Liz Cheney from her post as House Republican Conference Chair, their most senior woman in GOP leadership, for a litany of very Republican reasons: She won’t lie, she isn’t humble enough, she’s like a girlfriend rooting for the wrong team, and more,” Pelosi staff declared in a morning email blast to the press.

The email header said that the Republican leadership is seeking a “non-threatening female.”

Cheney, a representative from Wyoming, is 1 of 10 Republicans who voted to impeach former President Donald Trump in January on a charge that he incited the Jan. 6 riot at the U.S. Capitol.

Cheney has indicated in nearly every interview that she does not believe Trump should play a role in party politics and said he should never serve as president again. Cheney said the GOP lawmakers who voted against certifying President Joe Biden’s election victory should also be disqualified from the presidency.

Cheney’s views have left her increasingly at odds with the majority of the House Republican Conference, although there are likely far more than 10 GOP lawmakers who side with her when it comes to the former president’s role.

Republican leaders, most notably House Minority Leader Kevin McCarthy, were frustrated with Cheney at the party’s retreat in Orlando, Florida, last month after she told reporters Trump was no longer the leader of the party.

“Any member who is not focused on policy and making sure the next century is the American century is kind of wasting their time,” McCarthy said.

Republicans could oust Cheney from leadership.

Cheney survived a vote to push her out earlier this year, but her refusal to stop criticizing Trump may prompt a second referendum on her leadership.

McCarthy signaled to reporters he won’t take a side and that her future in leadership “is a question for the conference.”

Cheney on Monday responded to a Trump statement declaring the 2020 election “The Big Lie,” because of perceived abnormalities and his belief that he beat Biden.

“Anyone who claims it was is spreading THE BIG LIE, turning their back on the rule of law, and poisoning our democratic system,” Cheney tweeted.

The tweet further aggravated pro-Trump GOP lawmakers in the House.

McCarthy on Fox News Tuesday said he has “heard from members concerned about her ability to carry out her job as conference chair, to carry out the message,” for the party, which is eager to remain unified and to regain the majority in the 2022 midterm elections.

Cheney is not budging.

“This is about whether the Republican Party is going to perpetuate lies about the 2020 election and attempt to whitewash what happened on Jan 6. Liz will not do that. That is the issue,” Cheney spokesman Jeremy Adler said.