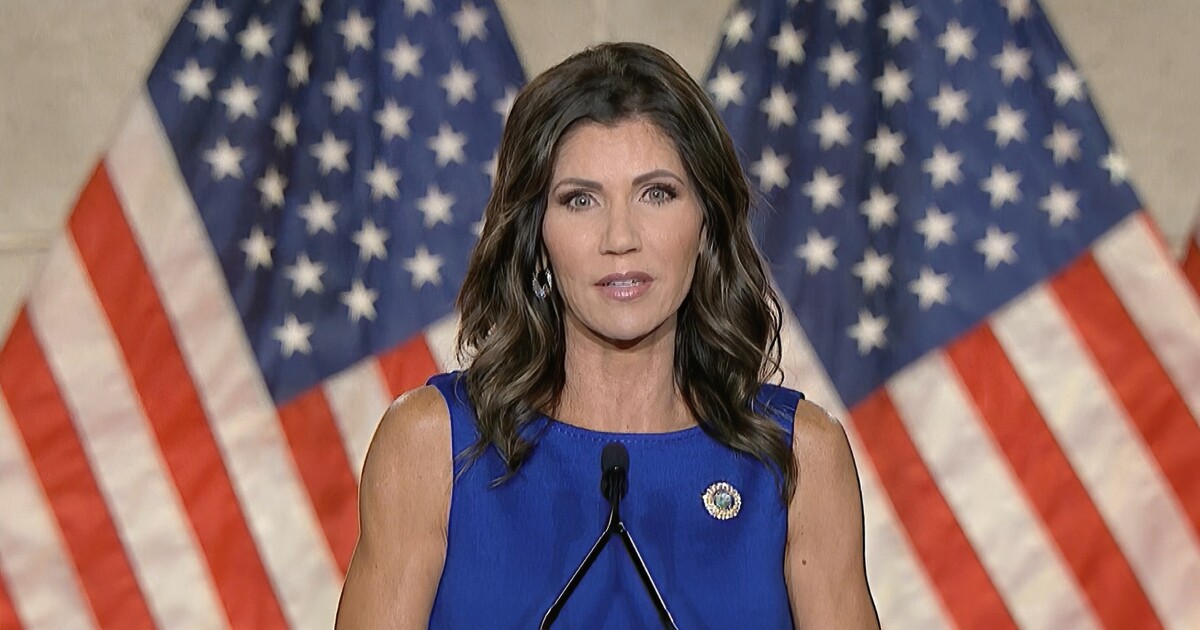 South Dakota Gov. Kristi Noem signed “The 1776 Pledge To Save Our Schools,” which promises to restore “patriotic education” in schools.

“Teaching our children & grandchildren to hate their own country & pitting them against one another on the basis of race or sex is shameful & must be stopped,” Noem said on Twitter. “I’m proud to be the 1st candidate in America to sign ‘The 1776 Pledge to Save Our Schools.’”

(1/2) Teaching our children & grandchildren to hate their own country & pitting them against one another on the basis of race or sex is shameful & must be stopped. I’m proud to be the 1st candidate in America to sign ‘The 1776 Pledge to Save Our Schools.’

Noem included a link to an op-ed published by Fox News[2] where she joined former Housing Secretary Ben Carson in explaining the pledge and why she decided to sign on.

“[I]n our nation today, there are far too many classrooms where our children and grandchildren are not learning about the positive revolution in human affairs set in motion by our Founders, or how later leaders like Abraham Lincoln, Frederick Douglass and Rev. Martin Luther King Jr. called upon the wisdom and vision of the Founders to defeat the evil injustices of slavery and segregation,” the op-ed reads.

“Instead, many are learning that our Founders were altogether sinful men unworthy of statues or even praise,” the op-ed continues. “The historic achievements of Washington, Jefferson, Lincoln, Douglass and King are being shelved in favor of the false and destructive narrative that we are a systemically racist and ultimately irredeemable nation.”

Noem and Carson then take aim at “critical race theory,” which they argued forces students to oppose one another “on the basis of race and gender under the guise of achieving ‘equity.’”

“This is not a formula for building a more perfect Union,” the op-ed reads. “A great nation cannot survive if its citizens are taught to hold their own country in contempt.”

The 1776 Pledge, Carson and Noem explain, will combat new trends in education by “Restoring honest, patriotic education that cultivates in our children a profound love for our country.”

The pledge will also include curriculum that “teaches that all children are created equal, have equal moral value under God, our Constitution and the law” and will prohibit “any curriculum that pits students against one another on the basis of race or sex.”

Faculty would also be banned from requiring students to “protest and lobby during or after school.”

“It’s now up to us to choose — will we prepare our youngest generation to write the next exciting chapter in the great American story?” the op-ed concludes. “If so, we must act now, before it’s too late.”