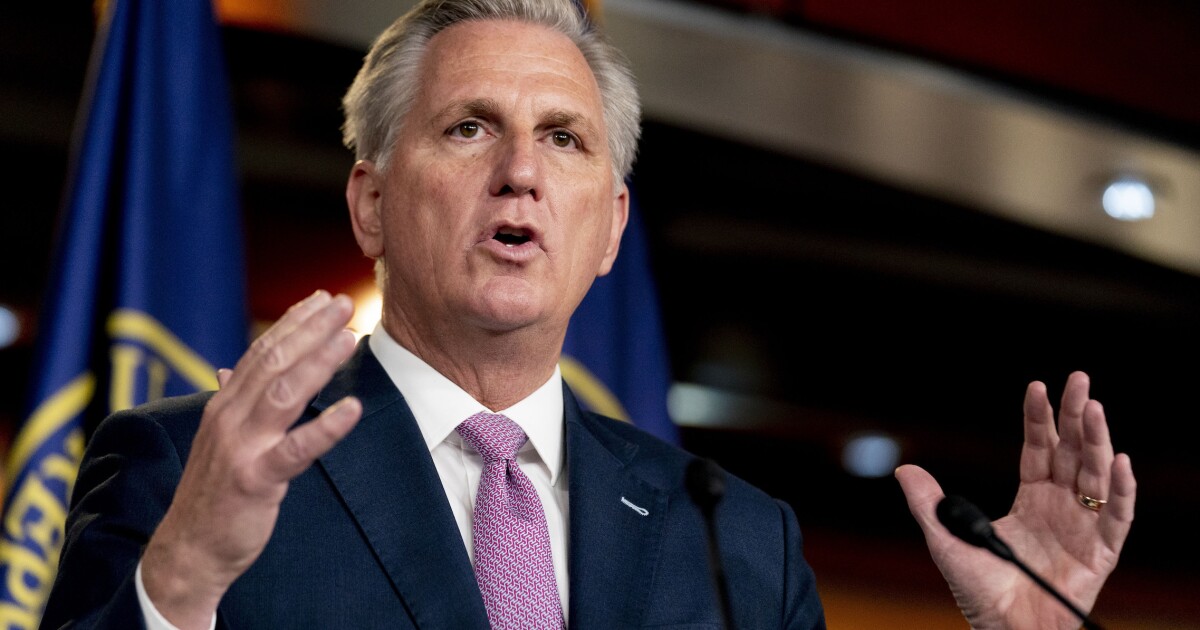 McCarthy, an ally of former President Donald Trump, appeared at a diner in Cobb County, Georgia, to protest Major League Baseball’s decision to move the All-Star Game out of the Peach State in protest of new voter integrity laws.

He told reporters the GOP has room for those who do not support Trump, calling the party “a big tent.”

The California Republican fielded questions about Cheney, whose leadership has been scrutinized by fellow House Republicans over her public opposition to the former president.

Cheney has repeatedly denounced Trump and declared he should have no leadership role in the party and should never serve as president again. Her public stance has irked McCarthy and other GOP leaders who say it is interfering with the party’s messaging and bid to win back the majority in 2022.

McCarthy told reporters Tuesday he was in Georgia to discuss the All-Star Game move and the negative impact on local businesses in Atlanta that are struggling to recover from the pandemic.

McCarthy steered clear of directly commenting on Cheney when a reporter asked him if there is room in the GOP for her and others who oppose Trump.

“I’ve answered this question many times,” McCarthy said. “The Republican Party is a big tent. We welcome everybody. Thank you all. Have a good day, and be sure to get some cake or pie on the way out.”