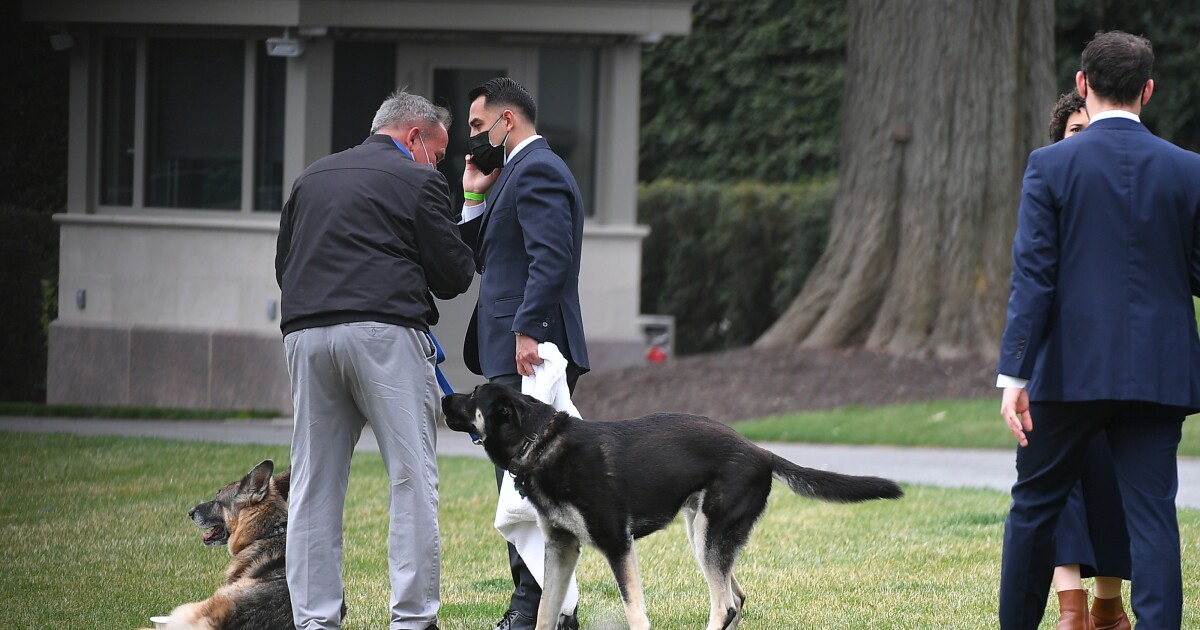 In a probe fit for “McGruff, the Crime Dog,” a fiscal watchdog group has sued for details on the two bitings by President Biden’s dog Major.

In its Freedom of Information Act lawsuit, Judicial Watch[1] said it is seeking from the Department of Homeland Security “records of communication between Secret Service officials assigned to the White House regarding the Biden family dogs.”

While Major has been fingered as the biter in two cases, Judicial Watch also wants communications mentioning the second Biden German Shepherd, Champ.

Twice in March the White House said that Major bit people. In the first, it caused a “minor injury” to a member of the Secret Service and the second required[2] “medical attention” for a U.S. Park Service official.

Media reported that after the first incident, Major was sent to obedience school. It is unclear if he was otherwise punished.

“The public has a right to know the details about any incident in which Secret Service personnel were injured by President Biden’s dog,” said Judicial Watch President Tom Fitton. “We have no doubt that Major and Champ are good dogs but politicians and bureaucrats can’t be trusted.”