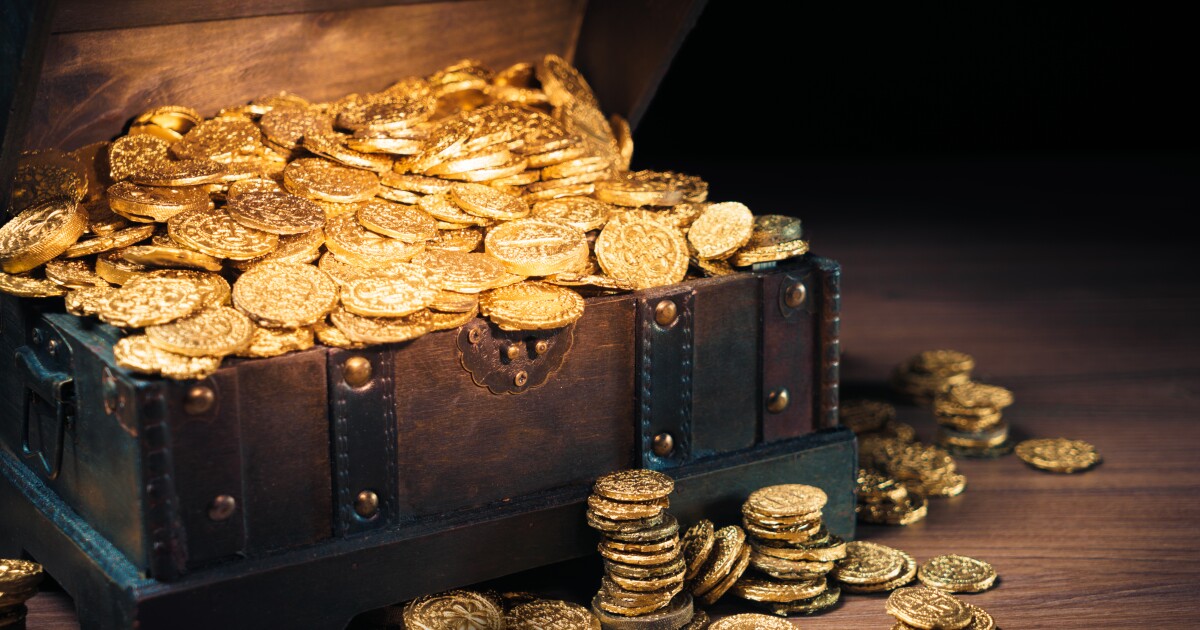 A Maine[1] couple decided to celebrate the state’s bicentennial by developing a real-life treasure hunt, hiding $20,000 as the prize.

Kurt and Kelly Stokes of Newcastle created a true-to-form quest leading players through the Pine Tree State and, if they can decipher the clues, right to Maine’s Dirigo Treasure. The name “Dirigo,” a Latin verb meaning “I direct,” is Maine’s state motto.

“We created the game to celebrate Maine’s 200 years of statehood,” Kurt Stokes told the Lincoln County News.[2] “What better way to celebrate Maine than to get people out of the house, out of their town, and exploring parts of the state they never knew existed?”

Kurt Stokes, a grant accountant at the University of Southern Maine[4], and Kelly Stokes, director of special services for the Central Lincoln County School System, said they spent three years exploring and photographing locations around the state to develop the game. They selected what they consider to be the 52 most iconic images and locations in Maine for the game’s playing cards.

“We want players to explore the unique scenery of Maine, from its rushing rivers to green forests and towering mountains,” Kurt Stokes said. “We designed the game to be geographically and historically diverse.”

Game materials[5], which can be purchased on the Dirigo Treasures website, include a deck of cards, an instruction manual, a postcard, and a red travel envelope.

Each card contains one of the 52 images. To play, participants must identify each location. Using their instruction manual, players then will travel to each location to find a clue associated with it that is “in close proximity to the actual iconic Maine image.”

Once players have all 52 clues, they will use them to decipher the text in Level 3. Players then use all the information they have to decipher the final paragraph of text, which reveals seven Dirigo Stones. When players find the stones and “listen carefully to their combined, secret message,” they have what they need to find the $20,000.

The couple reportedly intended to launch the game on Maine’s bicentennial of March 15, 2020, but the pandemic disrupted the rollout. The game launched on Dec. 1.

Two hundred copies of the game have been purchased through their website, and for each sale, $1 goes to the Maine Cancer Foundation and Maine Rivers.

It is unclear whether the $20,000 is the Stokes’s own cash or if they raised it. The Washington Examiner contacted Dirigo Treasures for comment but did not immediately receive a response.

Kurt Stokes insists that the game is for those of all ages and varying physical abilities. “There’s no strenuous physical challenges or anything that could put a player in danger,” he said.