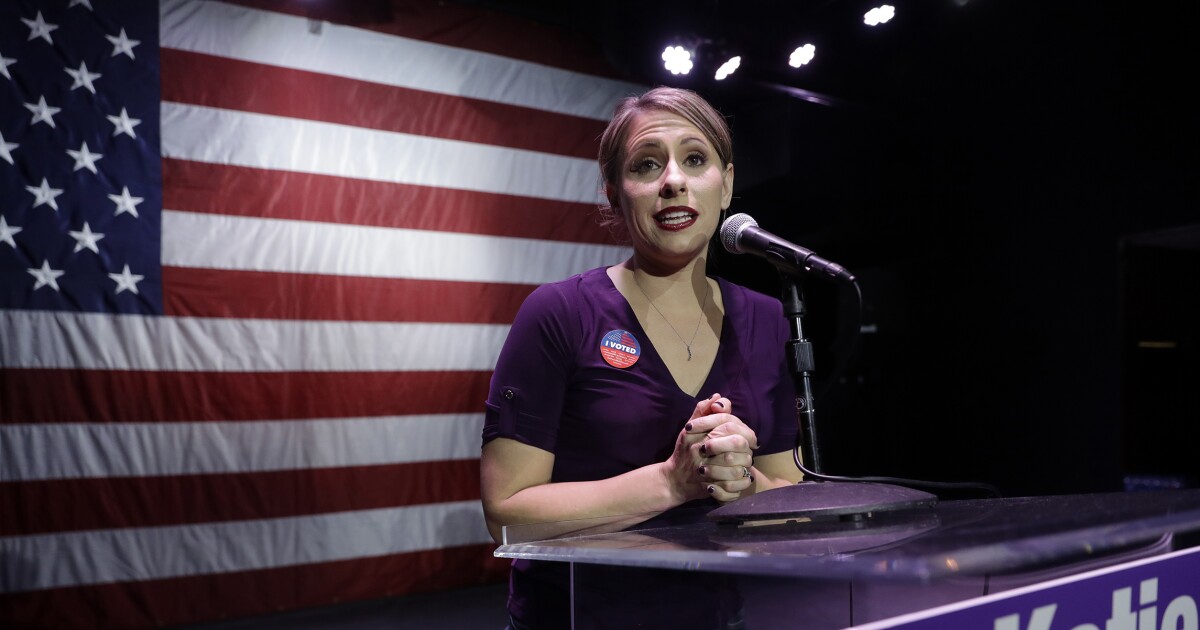 A California[1] judge removed the Daily Mail as a defendant in a lawsuit filed by former Rep. Katie Hill[2] that argued the news outlet violated the state’s revenge pornography law in publishing nude photos of her without the Democrat’s consent.

Judge Yolanda Orozco of the Los Angeles Superior Court announced on Wednesday that she was dismissing the claim[3] on First Amendment[4] grounds, concluding that the photos were a matter of public interest. Hill argues that her ex-husband, who she says took the photos, sent them to the Daily Mail in order to inflict emotional harm.

Hill, now 33, resigned her seat in the House[5] in 2019 after the photos were made public, and the congresswoman admitted to an affair with the campaign staffer.

“Here, the intimate images published by Defendant spoke to Plaintiff’s character and qualifications for her position, as they allegedly depicted Plaintiff with a campaign staffer whom she was alleged to have had a sexual affair with and appeared to show Plaintiff using a then-illegal drug and displaying a tattoo that was controversial because it resembled a white supremacy symbol that had become an issue during her congressional campaign,” the judge said.

Other parties named in the lawsuit include RedState and Hill’s ex-husband, Kenneth Heslep, but Wednesday’s decision was specifically in reference to the Daily Mail.

The Washington Examiner[8] reached out to the Daily Mail and Hill’s attorney for comment on the decision but did not immediately hear back.