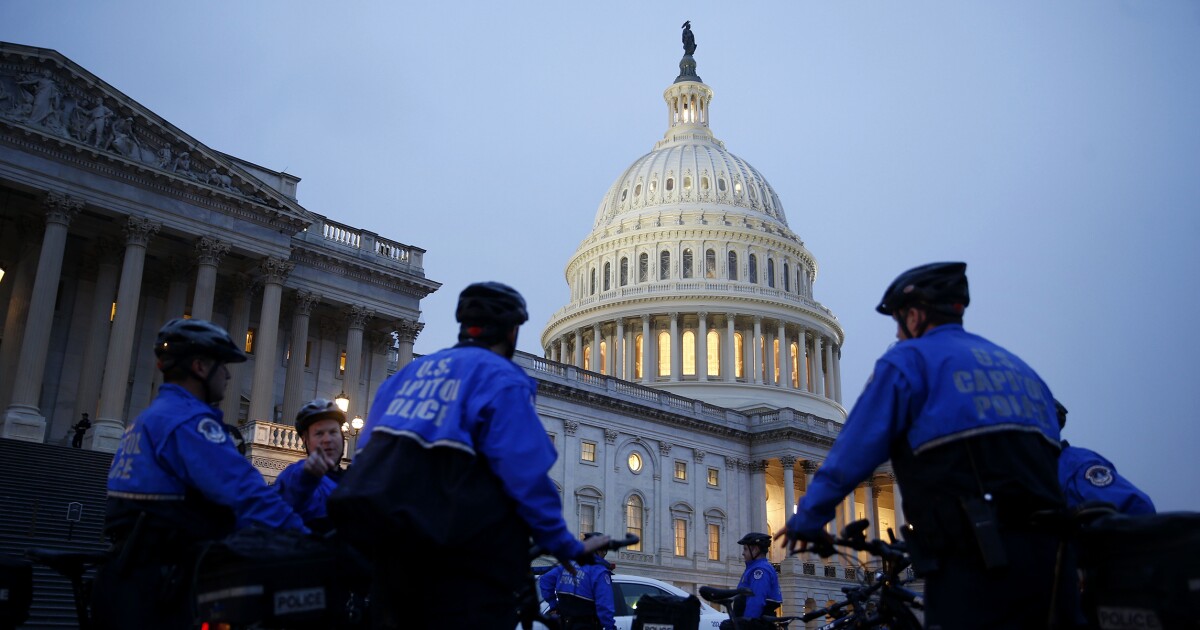 The Republican arm of the House Administration Committee is urging their panel to conduct oversight hearings over the three-person Capitol Police Board following the deadly Jan. 6 riot, which would be the first time the entire Board appears before Congress since 1945.

CAPITOL POLICE OPEN UP COMPLEX TO VISITORS, WITH RESTRICTIONS[3]

In a Thursday letter[4] to Democratic HAC Chairwoman Rep. Zoe Lofgren, the Republicans requested the oversight hearings “begin immediately” and said CPB’s structure is in “desperate need of reform.”

Signed by Reps. Rodney Davis, Barry Loudermilk, and Bryan Steil, the letter said Bolton’s testimony made clear that USCP should begin “improving its intelligence capabilities, reforming its training processes, ramping up recruitment and hiring, and beginning an internal reorganization.”

“On January 6th,[5] the CPB’s bureaucratic structure and partisan membership crippled its rapid response capabilities and decision-making abilities, and the United States Capitol Complex remained in chaos and without National Guard assistance for hours,” the representatives wrote.

One of the Board’s members, along with the House and Senate sergeants-at-arms, “was left out of key security decisions,” according to emails reviewed by the Committee.

Former Capitol Police chief Steven Sund resigned[6] following the riot at the Capitol, which was prompted by large crowds of supporters of former President Donald Trump who echoed his unsubstantiated claims the 2020 election was stolen from him due to widespread voter fraud.

Law enforcement officials have said the reason protesters entered the Capitol building earlier this year was due to failures[7] of intelligence, saying they didn’t realize the severity of the threat, even though extremists were planning some of it openly online.

The FBI has said it sent a warning to USCP on Jan. 5 about an online post warning about escalated tensions and violence the following day, though leaders within Capitol Police said they were unaware[8] of the report at the time.

Bipartisan leaders on the Senate Homeland Security and Governmental Affairs Committee and Senate Committee on Rules and Administration held hearings[9] following the event in January to examine how security was easily breached at the Capitol complex.

The Washington Examiner contacted the House Administration Committee and Capitol Police for comment but did not immediately receive a response.