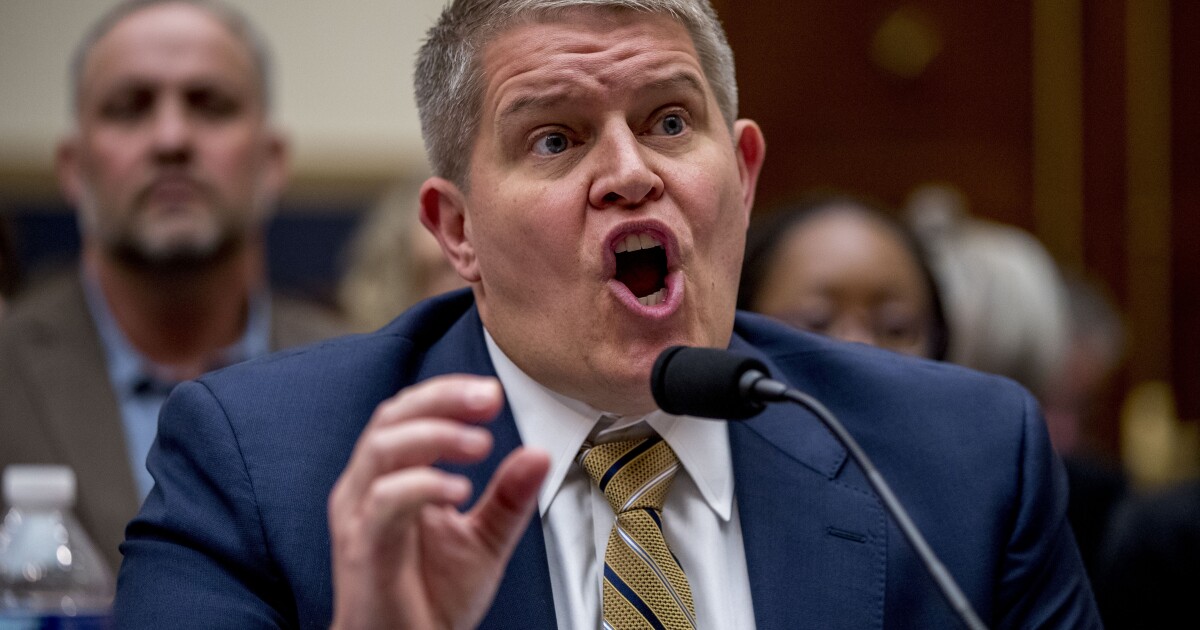 Dozens of House Republicans[1] are urging the Senate to oppose the confirmation of David Chipman, President Joe Biden’s pick to helm the Bureau of Alcohol, Tobacco, Firearms, and Explosives[2], who served as an adviser to a prominent pro-gun control group.

Indiana Rep. Jim Banks and 68 of his GOP colleagues wrote a letter, obtained by the Washington Examiner, on Monday to Senate Majority Leader Chuck Schumer and Senate Minority Leader Mitch McConnell[3], urging them to reject the nomination of Chipman, a former senior policy adviser for Giffords[4], an outspoken firearms reform group. Biden selected[5] the 25-year ATF special agent for the post during a wave of gun control executive orders on April 7.

“If confirmed, David Chipman would use every tool at his disposal to attack American gun owners and we respectfully ask you to oppose any and all action that would advance his confirmation in the Senate,” the Republicans wrote in the letter, adding that he is an “enemy of the 2nd Amendment” who was a “long time gun control activist and lobbyist.”

The Republicans have not proposed an alternative nominee, though they strongly condemn anyone “who has repeatedly lied to further their own gun control agenda.”

The GOP lawmakers said that in 2018, Chipman was in favor of regulating all semi-automatic guns under the National Firearms Act, a move that would require[7] those who own them to register the weapons with the federal government and pay a $200 tax fee.

“As a former agent of the ATF, Chipman knows all too well that such action would effectively ban the most popular rifle in America as well as most other items regulated under the National Firearms Act,” the representatives said of Chipman’s past remarks.

On the same day the Biden administration announced Chipman’s nomination, the White House directed[8] the ATF to issue a rule to stem the sale and possession of “ghost guns,” or unserialized firearms made from parts purchased online or constructed through a 3D printer.

Biden also directed the bureau to issue rule changes on pistol-stabilizing braces and to determine whether they turn a firearm into a short-barreled rifle. The act tightly regulates short-barreled rifles, which are long guns with a barrel length shorter than 16 inches.

In order to buy one, a person must register that firearm with the ATF and pay a $200 tax. Gun manufacturers for years have been selling guns that have barrel lengths shorter than 16 inches, but they are equipped with pistol braces, which allow a shooter to stabilize his or her arm while firing, making the gun a handgun in the eyes of the ATF. This helps to avoid the registration hassle and fee to obtain a similar firearm.

In addition to directives to the bureau, the administration is poised to allow the Department of Justice to “publish model red flag legislation for states,” which would permit local law enforcement to seize firearms from those deemed a threat against themselves or others prior to an appearance in court.

Chipman, McConnell, and Schumer did not immediately respond to requests for comment from the Washington Examiner.