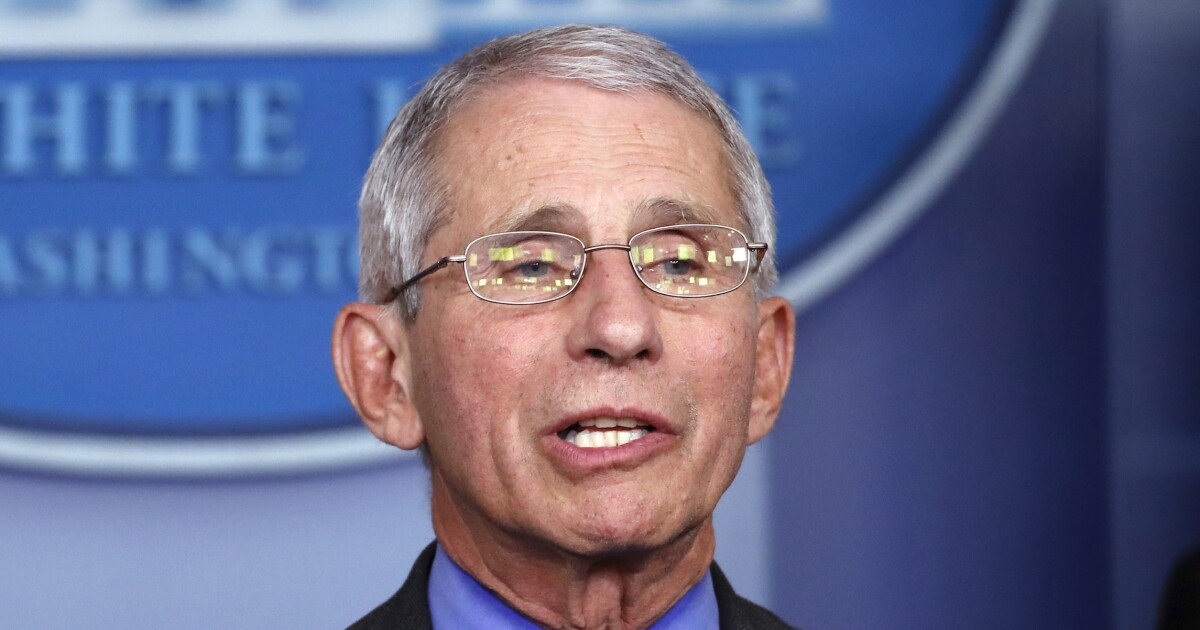 Dr. Anthony Fauci was slammed after saying that the coronavirus “can be confusing” as cases of the virus have dropped in Texas despite the state doing away with mask mandates and fully reopening last month.

“This guy has been consistently wrong and has changed his tune multiple times. Anyone else would have been fired and stayed away from public life. Pride is deadly,” actor Matthew Marsden tweeted of Fauci on Tuesday.

This guy has been consistently wrong and has changed his tune multiple times. Anyone else would have been fired and stayed away from public life.

His tweet came in response to Fauci joining MSNBC’s Morning Joe on Tuesday, when he was asked about COVID-19 cases dropping in Texas after reopening the state.

“It can be confusing … because often you have to wait a few weeks before you see the effect. … I’m not really quite sure. It could be they’re doing things outdoors,” he said.

Texas rolled back mask mandates and reopened on March 2, which Fauci called “really quite risky” at the time.

Other social media users joined Marsden in their criticisms of Fauci, characterizing him as often being wrong with his guidance on the virus.

It’s been 4 weeks, and Texas is doing just fine. Fauci’s answer is “give it a few more weeks, it’s complicated.”

The cult that has been created around this clown is intellectually inexcusable. https://t.co/eniLT7rCZ8[4]

“Based on their interviews, I felt it was time to speak up about Dr. Fauci and Dr. Birx, two self-promoters trying to reinvent history to cover for their bad instincts and faulty recommendations, which I fortunately almost always overturned,” Trump said. “They had bad policy decisions that would have left our country open to China[7] and others, closed to reopening our economy, and years away from an approved vaccine — putting millions of lives at risk.”

Fauci added in his Tuesday interview that he hopes the coronavirus cases continue to decrease in Texas, but he urged caution that the numbers could tick up.

“I hope they continue to tick down. If they do, that would be great. But there’s always the concern when you pull back on methods, particularly things like indoor dining and bars that are crowded, you can see a delay and then, all of a sudden, tick right back up,” he said. “We’ve been fooled before by situations where people begin to open up, nothing happens, and then, all of a sudden several weeks later, things start exploding on you. So we’ve got to be careful we don’t prematurely judge that.”