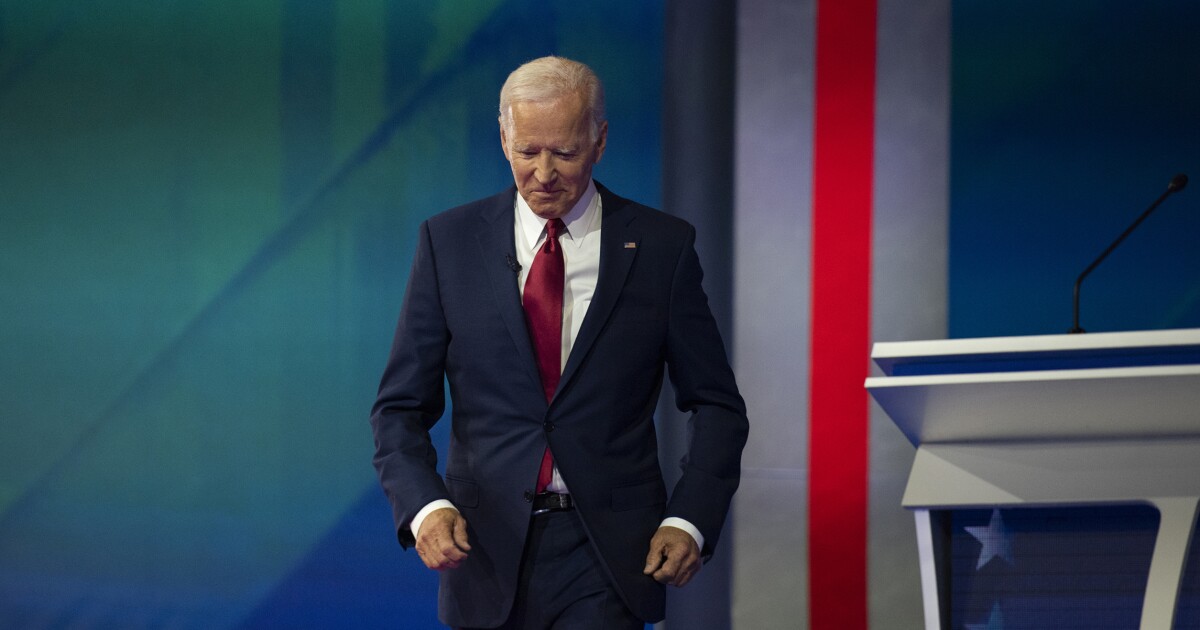 In addition to boosting the corporate tax rate to 28% from 21%, Biden’s “American Jobs Plan” calls for restructuring how U.S. companies are taxed on foreign profits.

Biden said Wednesday that he is open to a smaller hike but added the eventual rate needs to meet the bill’s scale.

Compromise is “inevitable” and changes are “certain,” he said, “but we’ve got to pay for it.”

The U.S. Chamber of Commerce has called the proposal “dangerously misguided” and said the tax increases would make the country less competitive. The National Association of Manufacturers said the pay-for proposals would hurt the COVID-19 economic recovery.

“Properly done, a major investment in infrastructure today is an investment in the future and like a new home should be paid for over time — say 30 years — by the users who benefit from the investment,” the chamber said. “We strongly oppose the general tax increases proposed by the administration which will slow the economic recovery and make the U.S. less competitive globally — the exact opposite of the goals of the infrastructure plan.”

The group irked its traditional Republican allies earlier this year upon embracing Biden’s $1.9 trillion coronavirus package and his return to[2] the Paris climate accord. It also signaled openness to a minimum wage hike, a stance that took some by surprise.

An analysis[3] by the Penn Wharton Budget Model projects a federal deficit-funded spending plan would indirectly discourage investment in the U.S. by crowding out private investment, contributing to a decline in GDP.

Biden’s plan is projected to spend $2.7 trillion and raise $2.1 trillion over 10 years, according to the model.

Taken together, the tax and spending provisions would reduce government debt by 6.4% by 2050 while also decreasing GDP in 2050 by 0.8%.

But it’s not just business balking.

Republicans say they oppose the bill’s multitrillion-dollar cost and the corporate tax hikes, criticism that some centrist Democrats share.

The United States has “to be competitive and we’re not going to throw caution to the wind,” West Virginia Sen. Joe Manchin told local radio host Hoppy Kercheval on Monday.

Manchin said he supports a 25% corporate tax rate, below the 28% proposed by Biden, and said there are half a dozen other Democrats who agreed with him.

“There’s six or seven other Democrats who feel very strongly about this. We have to be competitive, and we’re not going to throw caution to the wind,” he said.

Along with boosting the corporate tax rate from to 28%, Biden’s plan calls for retooling the incentives that determine how U.S. companies pay taxes on foreign profits.

Amazon, which Biden singled out while introducing the legislation, said it supports the plan and the proposal to pay for it.

Manchin said he wants bipartisan buy-in but has also criticized Republicans, charging that they can’t just be “against everything thinking this is going to be a political posturing that we’re going to take for the 2022 elections.”

He added, “We’ve all got to put these elections behind us and start looking at how do we fix this country.”

While Cabinet members tasked with selling the plan have said the current tax structure is broken and there’s a need to close loopholes that hurt the U.S., the White House has said it is open to revising its approach.

“There is room for compromise,” Commerce Secretary Gina Raimondo said at the White House on Wednesday.

Some top Democrats have floated their own proposal to overhaul the U.S.-global tax system, calling for higher taxes on profits made offshore, incentives to boost domestic manufacturing, and a rollback of provisions in the 2017 Tax Cuts and Jobs Act that the lawmakers said hurt domestic jobs.

Others are pushing for a SALT tax deduction.

Democrats will need these votes to pass the bill under reconciliation rules with a simple majority.

Shai Akabas, director of economic policy at the Bipartisan Policy Center, said some provisions in the plan could end up on different tracks.

“My sense is that the administration is looking for different avenues where some of the components of their package might be advanced,” Akabas told the Washington Examiner.

“You could have a portion that is the more traditional infrastructure that goes through a highway reauthorization. And then, you could have some of the other pieces of the package move forward and other ways, whether it’s through a reconciliation bill or a couple of different reconciliation bills,” he said. “I don’t necessarily think it’s an all or nothing where the bill is either going to be well over $2 trillion, or we’re going to get $0.”

Delaware Sen. Chris Coons, a close Biden ally, said he thought the plan would end up smaller, focused on hard infrastructure, and without the proposed pay-fors.

“If there are political challenges with raising the rate, then I think we need to be having a conversation about what are the pay-fors?” Coons told Punchbowl News. “The other option, frankly, is for us to not to fully pay for it.”

He added, “I think it’s more likely that we will have a package that is not paid for, and that is less robust, but putting hundreds of billions of dollars into infrastructure.”

At less than half the proposed size, such a package is bound to rile liberals who say the current plan does not go far enough, another wrinkle for negotiators.