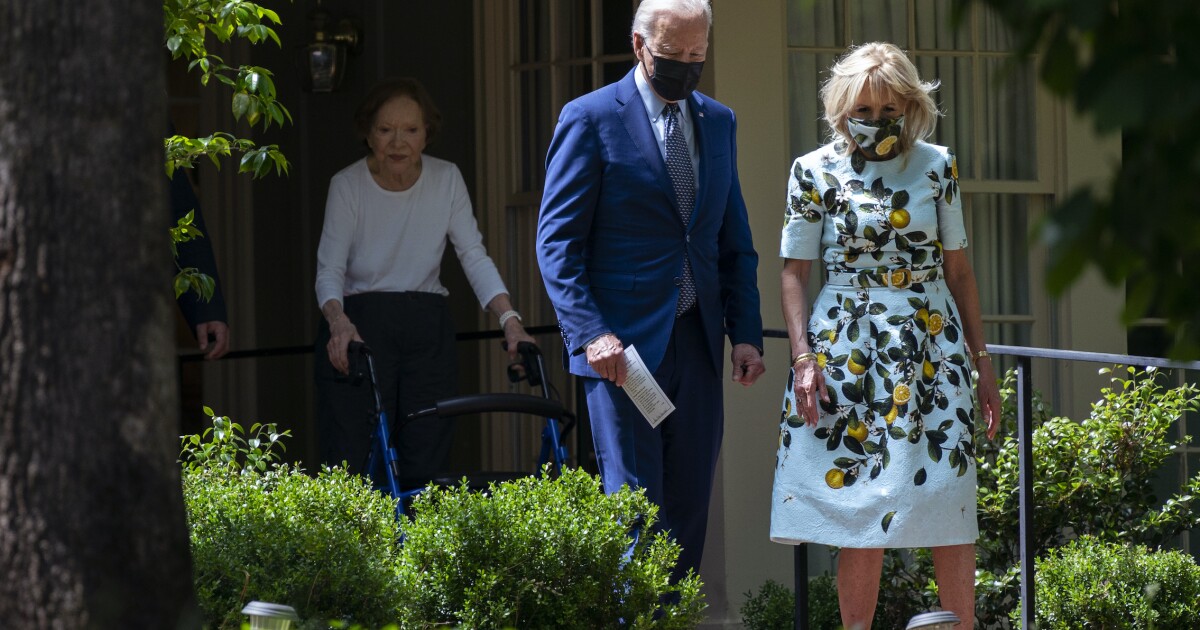 Biden and first lady Jill Biden saw Carter and wife Rosalynn Carter last week during a trip to Georgia, the president’s first stop on his traveling salesman tour of the country to drum up support for his $4 trillion infrastructure and social welfare spending proposals.

“We’re pleased to share this wonderful photo from the @POTUS and @FLOTUS visit to see the Carters in Plains, Ga.! Thank you President and Mrs. Biden!” the Carters’ not-for-profit organization tweeted along with the image of the two couples.

The Carters, both in their 90s and appearing physically frail, did not fly to Washington, D.C., for Biden’s inauguration in January. The other living presidents, but not then-President Donald Trump, attended Biden’s swearing-in ceremony at the U.S. Capitol. But the Carter meeting is the first in-person one for Biden since then.

“They talk regularly about a range of issues, from policy issues to bouncing ideas off of each other, to their families,” she said.

Biden also spoke with former President George W. Bush before he announced his decision to withdraw U.S. troops from Afghanistan by Sept. 11, the 20th anniversary of the terrorist attacks that launched the country’s longest armed conflict.

“I am disheartened, saddened, and angry,” the former governor said of the reforms that proponents contend prevent voter fraud[3]. “The proposed changes appear to be rooted in partisan interests, not in the interests of all Georgia voters.”