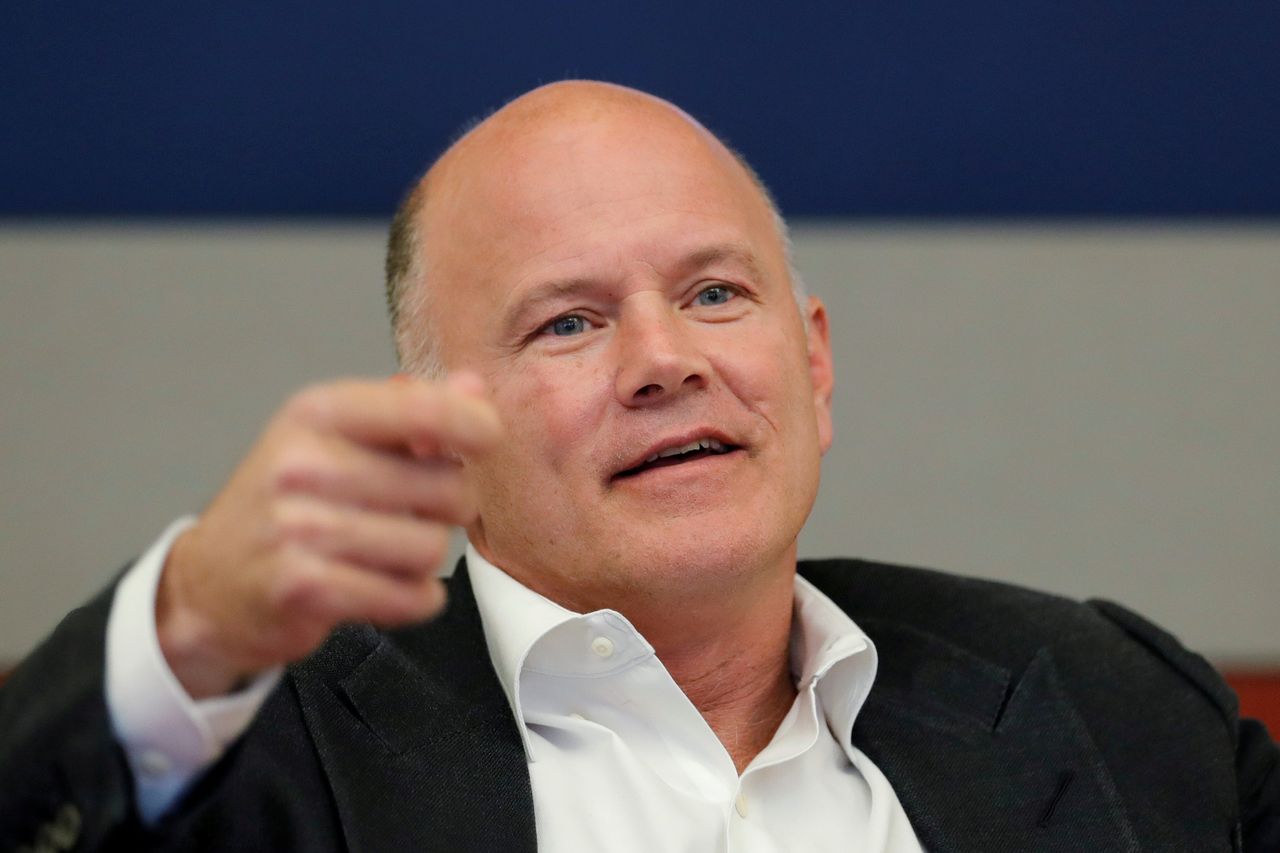 Bitcoin-focused firm
Galaxy Digital
Holdings Ltd. has agreed to buy BitGo Inc. for $1.2 billion in cash and stock, the first $1 billion deal in the cryptocurrency industry.

The deal coincides with a surge in interest and a nearly yearlong rally in the crypto sector whose market value has surged to $2 trillion.

The acquisition will make Galaxy Digital a crypto-focused financial-services firm with more than $40 billion in assets under custody. The combined company will offer an array of products and services, including trading, custody and asset management, investment banking, prime lending, tax services and even a mining operation, aimed mainly at institutional investors.

“In order for crypto to become this revolutionary transformation, you’re going to need bigger companies that are going to knock heads against the bigger businesses” of traditional finance, Galaxy founder and Chief Executive

Michael Novogratz
said in an interview.

The deal will mark the largest acquisition to date in the crypto sector, according to Dealogic, excluding companies going public through special-purpose acquisition companies, or SPACs.

The BitGo deal is aimed at making Galaxy Digital a major player in the competition to attract institutional and individual investors, Mr. Novogratz said. That means not just going up against other crypto startups, but after traditional banks as well, he added.

The listing of Coinbase, the largest bitcoin exchange in the U.S., introduces a new way to invest in cryptocurrencies. WSJ explains how Coinbase is trying to distance itself from the risks of bitcoin to succeed on Wall Street. Photo illustration: George Downs

Galaxy is paying $265 million in cash and issuing 33.8 million new shares. The deal has been approved by the boards of both companies and is expected to close in the fourth quarter. BitGo shareholders will own about 10% of the new company.

San Francisco-based BitGo, founded in 2013 by

Mike Belshe
and Ben Davenport, began as a digital-assets custodian service. It now offers prime lending, trading and portfolio management and tax services. Although it is well known in the sector, it doesn’t have the name recognition of exchanges like
Coinbase Global Inc.
and Gemini that offer services directly to retail traders.

Galaxy, meanwhile, trades on the Toronto Stock Exchange, and is preparing for a public filing in the U.S. later this year. Its stock has more than doubled in 2021, bringing its market value to about $3.2 billion.

The price of bitcoin has also surged, hitting a record near $65,000 in April, sparked by large-scale investments from Wall Street and interest among professional traders. Ether, the in-house currency of the Ethereum network, recently eclipsed the $3,000 milestone for the first time after trading around $200 a year ago.

That’s fueled a spate of deals and corporate investments in the sector, though many have been on a smaller scale. Coinbase, for instance, last week acquired an analytics firm called skew. New York-based broker NYDIG acquired commercial lender Arctos Capital. The terms of those deals weren’t disclosed.

The price rally is bringing capital into the industry through other avenues as well. Bakkt LLC is planning a public stock offering through a SPAC that will give it a $2.1 billion valuation. A group led by Bain Capital acquired a 12% stake in BlockFi Lending LLC for $350 million. A number of firms, including Blockchain.com, also have recently announced sizable capital raises.

Have you invested in cryptocurrency? Why or why not? Join the conversation below.

BitGo’s Mr. Belshe will remain with the combined company after the merger. He and Mr. Novogratz had been discussing the deal for several months, they said, and both were focused on the pace of change in the industry and staying ahead of it.

For example, NFTs, or nonfungible tokens, and “defi,” or decentralized finance, are two markets that have fueled the boom in ether. They were little known a year ago and have exploded into multibillion markets.

“This thing is changing at a rate I think no one’s ever seen,” Mr. Belshe said.

Write to Paul Vigna at paul.vigna@wsj.com