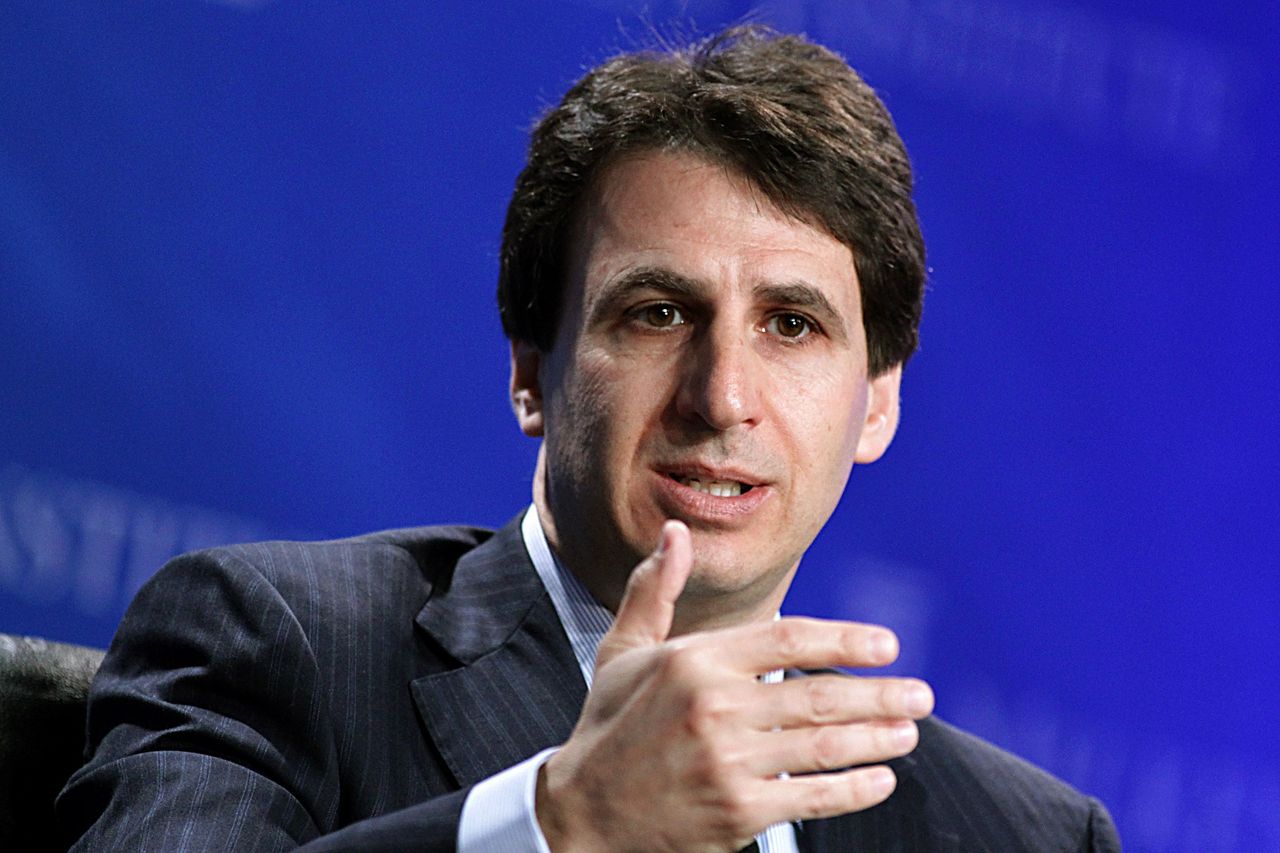 Apollo Global Management Inc.
reported a first-quarter profit Tuesday as the value of its investments soared.

The New York firm posted net income of $678.9 million, or $2.81 a share. That compares with a loss of $996.2 million, or $4.47 a share, a year earlier when the coronavirus-fueled market downturn hit the value of its investments.

Apollo’s private-equity portfolio appreciated by 22% during the quarter, beating out rivals and easily topping the S&P 500, which climbed 5.8% during the period. The gains were broad-based and came as the firm’s value-oriented investment strategy began to pay off.

In the latest example of that strategy, which often involves polishing up underperforming assets and accelerating their growth, the firm announced a deal Monday to buy Yahoo and AOL from
Verizon Communications Inc.
for $5 billion.

Apollo also posted record fee-related earnings of $286.7 million in the first quarter, up 26% from a year earlier.

Shares of Apollo were recently down 0.7% amid a broader market selloff.

Apollo in March announced a deal to buy the 65% of insurance affiliate
Athene Holding Ltd.
that it doesn’t already own. Later that month, co-founder

Taking full ownership of Athene will pave the way for Apollo’s credit business to double over the next five years, Mr. Rowan recently told The Wall Street Journal. He also said its two other segments, private equity and real assets, could together grow by more than 50% over the period.

“We are in a growth business. This quarter and the year-over-year results make this abundantly clear,” Mr. Rowan said on a call with analysts Tuesday. “We are exceptionally good at generating excess returns across a very broad swath of the risk-return spectrum from investment grade to private equity.”

In private equity, for example, the firm has had gross returns of 39%, or 24% after fees, over the past 31-years, with each of its main funds having generated performance-related fees known as carried interest. Mr. Rowan called this “an incredible track record,” and said it puts the firm’s performance substantially ahead of the top quartile of private-equity peers.

Mr. Rowan also received a question from an analyst about the roles and responsibilities of the firm’s leadership, given that Mr. Black had left the company and co-founder

As CEO, Mr. Rowan said he is in charge of the firm’s strategy, culture and compensation, communication and tackling urgent initiatives and problems that may arise, while co-Presidents

“Josh is an active and productive and senior member of the Apollo team,” Mr. Rowan said of Mr. Harris. “He’s on the board. He’s on the executive committee. He chairs our transaction committee, which reviews our largest opportunistic deals. We get up for business every day, and we execute the plan.”

The investment giant had gross inflows of $13.4 billion during the quarter. Nearly two-thirds of its assets are in permanent-capital vehicles such as Athene, which offer a steady stream of fees over a longer period than the typical buyout fund horizon.

The firm realized proceeds on $3.7 billion in asset sales during the quarter, including from its sales of stock in lender
OneMain Holdings Inc.
and distributions from local TV station owner Cox Media and from Tech Data Corp., which announced a deal in March to merge with
Synnex Corp.

Apollo said it would pay a dividend of 50 cents per share, compared with 42 cents in the first quarter of 2020.

Apollo has been one of the most active investors of late. The firm put $24.9 billion to work across its businesses during the quarter, including $2.4 billion in its private-equity business.

It announced a deal in March to acquire the Las Vegas Properties of Las Vegas Sands Corp. for about $6.25 billion. That same month, it said it would take crafts retailer Michaels Co. private in a $3.3 billion deal.

Write to Miriam Gottfried at Miriam.Gottfried@wsj.com