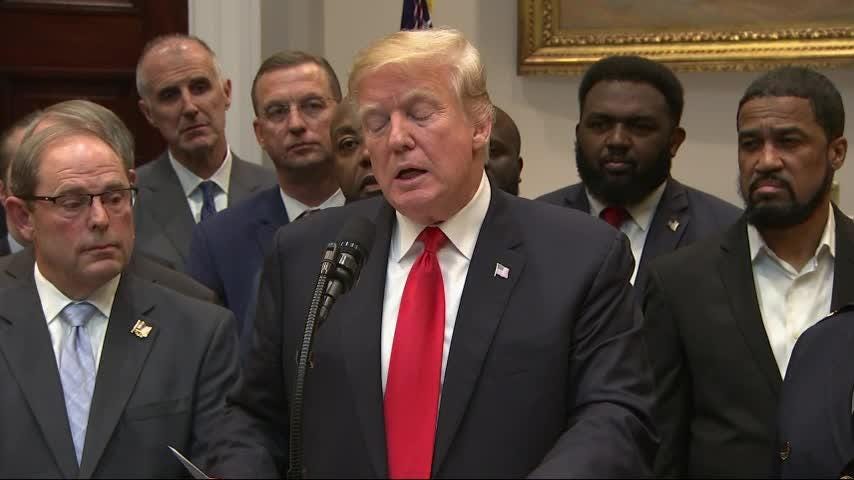 The appeal stirred a debate at the nation’s highest court about Congress’ intent when the First Step Act permitted some offenders to seek shorter sentences but not others. The landmark law was intended to ease tough-on-crime policies that swelled prison populations and had a disproportionate impact on African-American communities.

But in their final oral argument of the Supreme Court’s term both conservative and liberal justices wrestled with squaring the broader goal of the legislation with the specific language lawmakers used. The measure permitted retroactive sentence reductions for large amounts of crack cocaine but was less clear on smaller amounts.

“I’m looking at what Congress did, not what maybe they should have done,” said Associate Justice Stephen Breyer.

More: Feds look to kick-start law that will free hundreds of inmates

The appeal came from Tarahrick Terry, a Florida man who pleaded guilty to possessing a small amount of crack cocaine in 2008 – about $50 worth, according to a rough estimate from the Justice Department’s attorney – and was sentenced to more than 15 years in prison. He is seeking a reduction of his sentence under the First Step Act.

During a presidency defined by partisan rancor, the First Step Act was one of the few major legislative achievements that drew bipartisan support – a point Trump often touted on the campaign trail. Several of its authors, including Sen. Dick Durbin, D-Ill., and Sen. Chuck Grassley, R-Iowa, told the court their intent was to cover low-level offenders.

The 2018 law was in part an effort to soften Reagan-era drug laws, which set up three tiers of sentencing based on the amount of drugs at issue. In the first tier, for instance, an offender could be sentenced to between 10 years and life for possessing 50 grams or more of crack cocaine. A third tier set a 20-year sentence cap for any amount of drugs not covered by the other categories.

The case turns in part on a 2010 statute that lowered the penalty for offenses by changing the amount of drugs at issue. Congress increased the amount of the drug required for the top tier to 280 grams, for instance. At the time, the new sentences were put into place for future drug offenders and did not apply retroactively.

In 2018 Congress took it a step further, applying the adjusted tiers retroactively. But lawmakers did so in a way that created ambiguity about the third tier, a catchall that addresses possession of drug amounts not covered in the other categories. Terry’s lawyer said Congress must have intended the benefit for low-level offenders if it offered it to those with a large amount of drugs, but the provision didn’t specifically say that.

The case comes to the court as the justices have increasingly looked to the plain text of a federal statute to glean its meaning, putting less emphasis on context and intent. The focus on “textualism” could work against Terry, and others in his position, if the justices decide that the text of the First Step Act doesn’t do what Terry argues Congress intended.

Associate Justice Neil Gorsuch, a leading proponent of textualism, asked no questions Tuesday, an unusual occurrence. Given that both liberals and conservatives pressed Terry’s attorney about the text, Gorsuch’s silence may indicate his mind is made up.

“You’ve talked several times about the goal of Congress here and I guess one thing that the questions of my colleagues point out is the text doesn’t, at least at first glance, seem exactly in line with that goal,” said Associate Justice Brett Kavanaugh.

A federal district court and an Atlanta appeals court both ruled that Terry’s circumstances weren’t covered by the provision. The Trump administration argued Terry was not entitled to adjust his sentence but Biden’s Justice Department took the opposite view. The Justice Department’s reversal drew sharp questioning from Chief Justice John Roberts and a quip from the attorney appointed by the court to argue against Terry.

“I am here to explain many things,” said the appointed attorney, Adam Mortara. “The behavior of the United States government in this case is not one of them.”