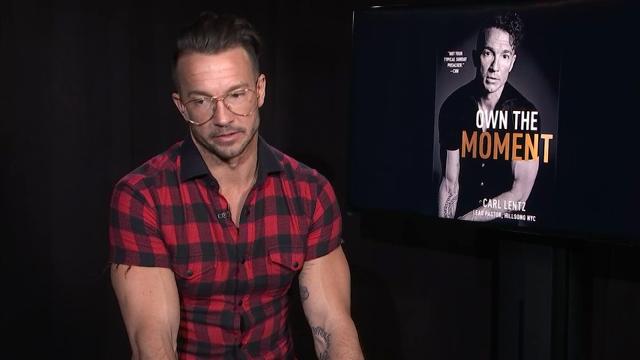 Houston sat down with Savannah Guthrie to discuss the controversies surrounding  Lentz’s termination and the church. Houston told Guthrie he had “concerns and many conversations over the years with Carl” when asked about when he noticed Lentz’s behavior.

“I think there’s a lot of things I should’ve known earlier, and hopefully, moving forward, we’ll make sure we have far better systems in place and better accountability,” Houston said in the interview that aired Wednesday morning.

Guthrie asked Houston if it bothered him that people described Lentz as being “aloof” and “removed from the actual ministry.”

“It does to a degree, for sure,” Houston said. “Carl was Carl. He’s a unique character. There’s a lot of things I miss about Carl. But having said that, there were leadership issues that I believe included lying, included what I would call narcissistic behavior.”

‘I was unfaithful in my marriage’: Celebrity pastor Carl Lentz fired from Hillsong church

‘Everybody’s welcome’: Georgia church kicked out of the SBC for allowing gay members

Lentz was fired in November after the church said there were “breaches of trust” and “moral failures.” After his termination, Lentz apologized for his actions and admitted to having an extramarital affair in a post on Instagram.

“This failure is on me, and me alone and I take full responsibility for my actions. I now begin a journey of rebuilding trust with my wife, Laura and my children and taking real time to work on and heal my own life and seek out the help that I need,” Lentz wrote.

Guthrie brought up Lentz’s relationships with celebrities like Justin Bieber who reportedly lived with Lentz and his family years ago when the star was plagued by trouble.

“There’s another side to it,” Houston told Guthrie. “One person who’s obviously been well reported is Justin Bieber. If you think back several years now, when he was wrecking hotel rooms and basically on the edge of getting deported to Canada.

“And look at Justin Bieber today. Anyone who’s being fair could see a radical change, and so not everything about it is bad.”

When asked by Guthrie if Lentz’s behavior was overlooked due to him bringing celebrity clientele to the church, Houston said, “I find it annoying that people thought that it was important to me and my wife, Bobbie, to attract famous people to church.”

The two go on to discuss if Lentz was a reflection of Houston, reports of employees being treated badly and the treatment of gay members at the church.

“I have reflected many, many times, and I’m acknowledging that mistakes have been made and that there are things where we need to get far better, much better. I’m not shrinking back from that,” Houston said.

Hillsong Church was founded by Houston and his wife, Bobbie, in Australia in 1983. Hillsong has churches in 30 countries and has had celebrity attendees like Vanessa Hudgens and Chris Pratt.

‘Look at how he lives his life’: ‘Avengers’ stars defend Chris Pratt after online backlash