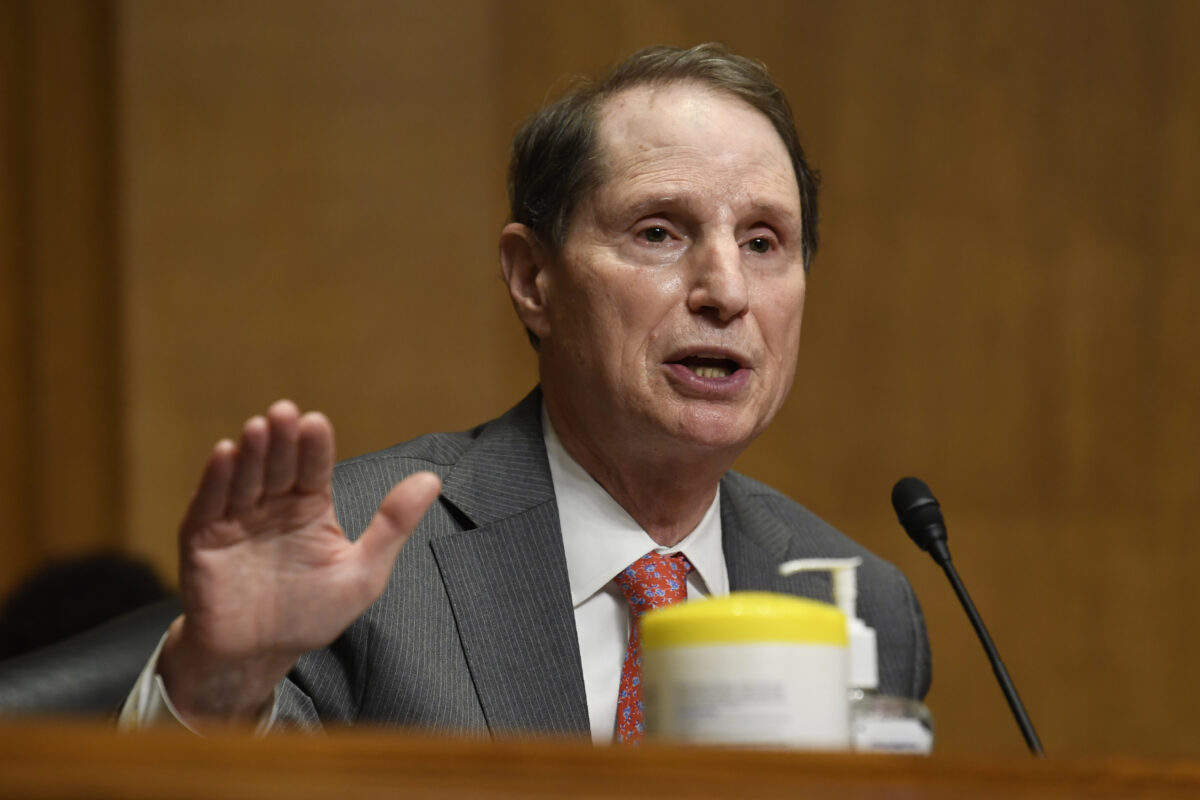 A group of Democrat senators has proposed changes to international tax provisions in former President Donald Trump’s 2017 tax reform law in a bid to discourage offshoring and raise tax revenue for domestic investment.

The crux of the efforts of Sens. Ron Wyden (D-Oregon), Mark Warner (D-Virginia), and Sherrod Brown (D-Ohio) are calls to reform three systems: the Global Intangible Low-Taxed Income (GILTI), the Foreign Derived Intangible Income (FDII), and the Base Erosion and Anti-Abuse Tax (BEAT). They argue that some of the international tax provisions in Trump’s 2017 tax reforms inadvertently created incentives for American corporations to offshore jobs and production, and shift profits to foreign tax havens.

The systems were meant to return companies’ deferred offshore income to the United States at lower tax rates, where those profits could be invested in American jobs. But in practice, the Democrat senators said, they created new incentives for companies to invest more overseas to take advantage of new exemptions.

“Many companies did not even bring back the profits. Those that did, most of it was spent on stock buybacks,” Warner told reporters on a conference call.

One of their proposals is to raise the GILTI rate to the same level as the FDII rate, according to a document entitled the Overhauling International Taxation, jointly developed by Democrats on the Senate Finance Committee (pdf).

“The architects of the 2017 tax law could not help but put the thumb on the scale for offshoring income, by making the GILTI rate (10.5 percent) lower than the FDII rate (13.125 percent). If FDII remains, regardless of what the final GILTI and FDII rates are, those rates should be equalized,” the document says.

The lawmakers also suggested repealing an incentive stemming from an exemption for “qualified business asset investment” (QBAI) in the GILTI system, which they said gave multinational corporations the ability to earn tax-free foreign income by investing in tangible assets—factories, machinery, buildings, and so on—abroad.

“This is an irrational incentive to put new investment abroad rather than here, or, even worse, shut down U.S. factories and move them overseas—those factories and jobs could have remained in the U.S.,” they wrote in the document.

Another proposed reform to the GILTI framework is to change its foreign tax credit system into a country-by-country arrangement, rather than on a global averaging basis. They said the current arrangement opens the door to the abuse of tax havens by allowing companies to structure their tax-minimization strategies in a way that shifts profits to tax havens to reduce or eliminate GILTI taxes.

“For example, if a corporation operates in nine countries, it would have nine GILTI ‘country baskets,’ with no aggregation among them. This system would help reduce profit shifting and the abuse of tax havens,” they wrote.

Another change they propose to GILTI is to treat expenses for research and management that actually occur in the United States as “entirely domestic expenses, eliminating foreign tax credit penalties under GILTI and helping retain these activities in the U.S.”

They also propose a repeal of a similar QBAI incentive under the FDII system that they argue encourages offshoring. They also suggest replacing FDII’s “deemed intangible income” with a new “innovation income” metric, which they argue would spur domestic innovation activity.

The lawmakers also argued that the BEAT provisions could be tweaked “to capture more revenue from companies eroding the U.S. tax base.” To do so, they propose changes to the BEAT system, including by raising the BEAT rate on tax-base erosion payments and increasing the value of domestic business tax credits.

While their proposal is unrelated to President Joe Biden’s idea of raising the corporate tax rate to 28 percent to partially fund his $2 trillion infrastructure plan, they said in their framework that the measures “can raise revenue necessary to invest in America.”

And while it is unclear how corporations will view the Democrat proposals, the Tax Foundation cautions that international tax reforms should be undertaken with care and with a view to how they interact with other tax burdens on companies, so as not to undermine their international competitiveness. Trump’s tax reforms “generally improved business taxation and competitiveness for U.S. multinationals,” the organization said.