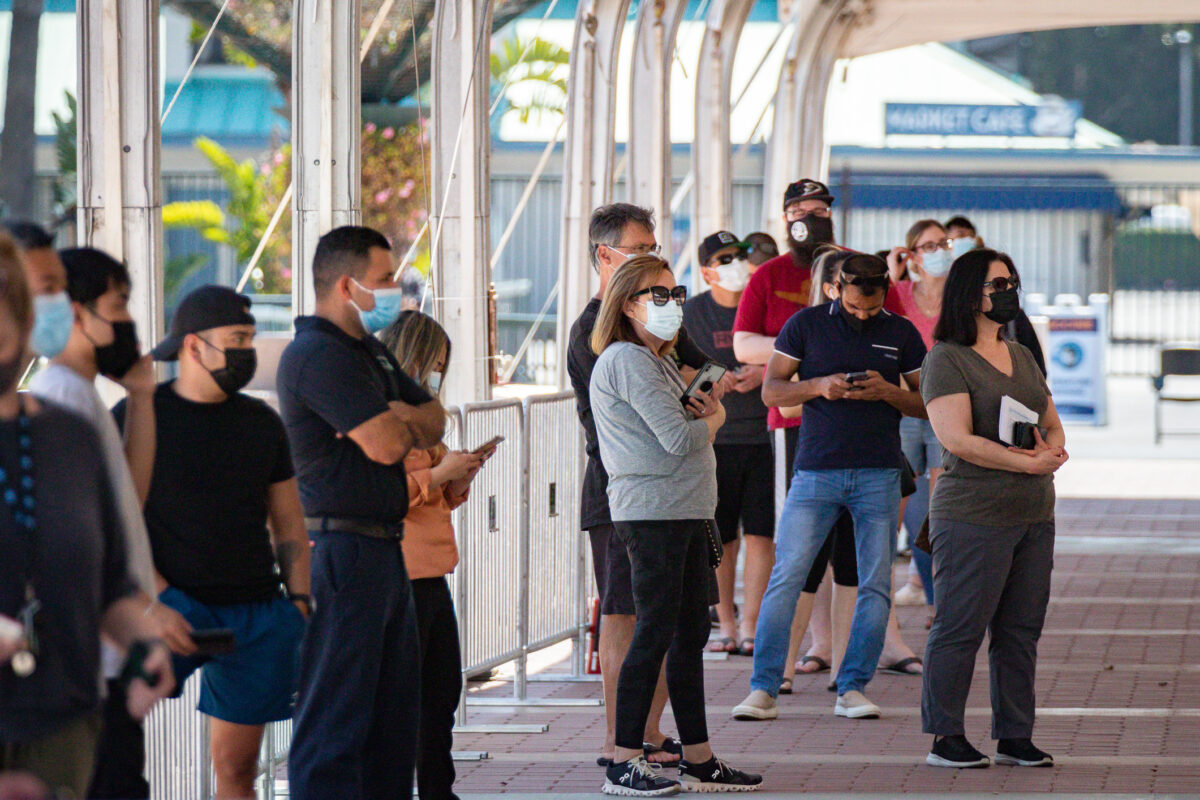 SANTA ANA—Orange County’s number of COVID-19 hospitalizations fell out of triple-digits for the first time in months May 3, while the county also reported just 55 new infections and did not log any further fatalities.

“Hospitalization is the most reliable metric that we deal with,” Noymer said. “And I’m really pleased to see it below 100. There’s nothing magic about 100. There’s nothing epidemiologically different between 95 and 105, but lower is better and there is a psychology to all of this. Even to an epidemiologist we’re still susceptible to the psychology of it all, so I’m pleased.”

The hospitalizations dropped from 111 Sunday to 95 on May 3, and the number of patients in intensive care decreased from 24 to 21.

“Our case rate dropped too,” Orange County chief executive Frank Kim told City News Service. “I had a call with hospital CEOs today and they were really happy they no longer had to double up hospital beds. During the height of the second wave they were almost double their bed capacity numbers.”

The latest’s figures pushed the county’s total to 254,044 cases.

Noymer said it was too early to say whether vaccine reticence will have an impact on reaching herd immunity.

“There is a scenario where just enough people are unvaccinated to keep the virus going and ruining it for other people through constant generation of new variants,” Noymer said.

“But here we are on May 3. It’s too early to say that’s what’s happening. California has only been open to vaccines for everyone 16 and older for just two weeks and we don’t have the data yet. … We need to give it more time before pointing fingers at anti-vaxxers.”

“Not everyone who wants to wait and see what this new vaccine is about is a dyed-in-the-wool anti-vaxxer,” he said. “We need more time to see what’s going on.”

“Herd immunity is where the epidemic nature of the infection peters out and loses all of its animating force due to the fact that continuous chains of transmission are continually interrupted to immune people,” Noymer said.

“It’s not that everyone is protected,” he added.

One measure of herd immunity is when one infection stops generating multiple other infections.

The cases of COVID-19 could become rare for an extended period of time, but if it is reintroduced from someone outside Orange Country, for example, it could create another surge, Noymer said.

“For example, in the 17th and 18th centuries there was a measles epidemic in Iceland and then Iceland would not have measles for 75 years because it would have herd immunity,” Noymer said.

“But then eventually there would be a reintroduction of measles to Iceland because Iceland is part of the universe, so it would come back… So herd immunity is not a permanent state because we live in the universe where every country is connected to every other country.”

Orange County could see a “three- or four-month stretch in the summer where there is exceedingly little COVID-19 and that can justifiably be defined as herd immunity, but in the fall or winter that may or may not continue,” Noymer said. “It depends on the reintroductions.”