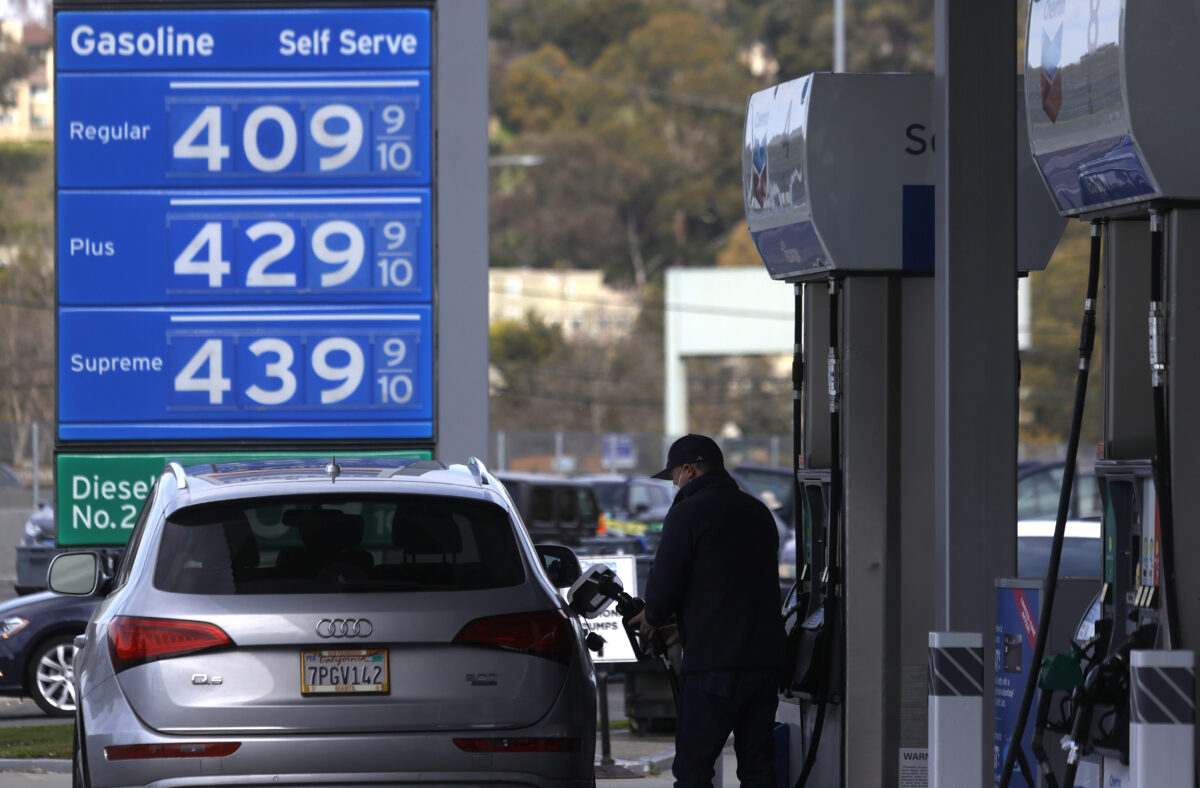 WASHINGTON—Economists have started to feel more uncomfortable that the Federal Reserve could be too complacent with its inflation forecast and end up tightening the monetary policy a bit too late to prevent harmful inflation.

Some economists have been warning for months that excessive government spending to help the country recover from the pandemic-induced recession could overheat the economy and fuel inflation.

Americans have started to see prices jump across a variety of products in recent weeks. And worldwide commodity shortages that have led to price hikes for many raw materials are the latest signs that inflation could be building rapidly.

While Fed officials state that they retain sufficient tools to control inflation, prominent economists voice concerns that the central bank may end up waiting too long before taking action.

There are many indicators that say the economy has picked up, but the policy hasn’t adjusted to that, according to Stanford University economist John Taylor.

“So I’m concerned that the Fed may get behind the curve so to speak, and not be able to react to the inflation,” he told The Epoch Times.

Taylor, who served as President George W. Bush’s undersecretary of Treasury for International Affairs from 2001 to 2005, doesn’t expect the Fed to take drastic action now but instead lay out a strategy for interest rates, money supply growth, and the asset purchase program.

“The sooner the better that the strategy is laid out. I think that would alleviate some of the concerns that people have about inflation,” he said.

The central bank signaled that it would keep the rates near zero through 2023, according to its March projections. It has also ruled out any tapering of asset purchases in the near term.

Since March 2020, the Fed has been pumping unprecedented amounts of money into the system by buying large sums of Treasury bonds and mortgage-backed securities in the market.

The M1 money supply measure shows a 336 percent increase in monetary growth over the past 12 months, fueling inflation fears.

In addition, global demand for raw materials is very strong relative to supply, causing commodities markets to rally in recent weeks. From lumber and grains to iron ore and copper, commodity prices are off the charts.

The widespread commodity shortages creep into various parts of the supply chain, raising production costs for many companies such as Procter & Gamble, Kimberly-Clark, and Coca-Cola. Last week, billionaire investor Warren Buffett, known as the Oracle of Omaha, joined many business owners who are sounding an alarm over growing inflationary pressures.

“We are seeing very substantial inflation,” Buffett said during his company’s famous annual shareholder meeting on May 1.

Given the impacts of the CCP virus pandemic on global supply chains, a rally in commodities was expected, according to Sameer Samana, a senior global market strategist at Wells Fargo Investment Institute.

“The true question is whether it’s transitory as the Fed expects or whether it’s long-lasting,” he told The Epoch Times. “We believe that commodities may be on the front end of another bull super-cycle, however, inflation will remain in check after a brief uptick in the coming year, mainly due to the fact that the Fed retains quite a few tools to control inflation.”

Fed Chair Jerome Powell reiterated last week that he expects the prices to go higher, but that this would only have “transitory effects on inflation.” Fed officials believe inflation will eventually moderate back to the central bank’s 2 percent target.

“The Fed likes to think it’s transitory. But I think that there are some real supply problems out there when you look around commodity markets,” Phil Flynn, a senior analyst at Price Futures Group, a commodity brokerage firm based in Chicago, told The Epoch Times.

Some analysts, including Flynn, predict that a new supercycle—a prolonged period of high prices—for commodities is emerging.

Economists warn that large federal spending would add more fuel to the potential overheating of the economy.

Since taking office, President Joe Biden has proposed a total of $6 trillion in new spending. This includes the $1.9 trillion COVID-19 relief package he already signed amid a strong economic recovery.

The U.S. gross domestic product (GDP) grew at a 6.4 percent annual rate in the first quarter of this year, recording one of the strongest levels since the third quarter of 2003.

According to Scott Anderson, chief economist at Bank of the West in San Francisco, one of the surprises in the GDP report was the 4.1 percent annualized surge in the GDP price index that far exceeded market estimates. The index measures price changes in goods and services produced in the country.

The GDP report highlighted “the risk of the U.S. economy overheating both economically and financially and the possibility that the Fed may end up being too complacent,” Anderson wrote in a report dated April 30.

Other factors that fuel overheating arguments, he said, include a booming stock market and residential home prices that have sent the net worth of households in the United States to record levels.

In addition, income growth and personal savings have been rising due to fiscal stimulus. The GDP report showed that real disposable income was up 61.3 percent in the first quarter, sending the U.S. savings rate up to 21 percent.

“While I am still mostly in the transitory inflation camp along with the Federal Reserve, I am getting more uncomfortable that Washington DC could be overdoing it a bit,” Anderson wrote.