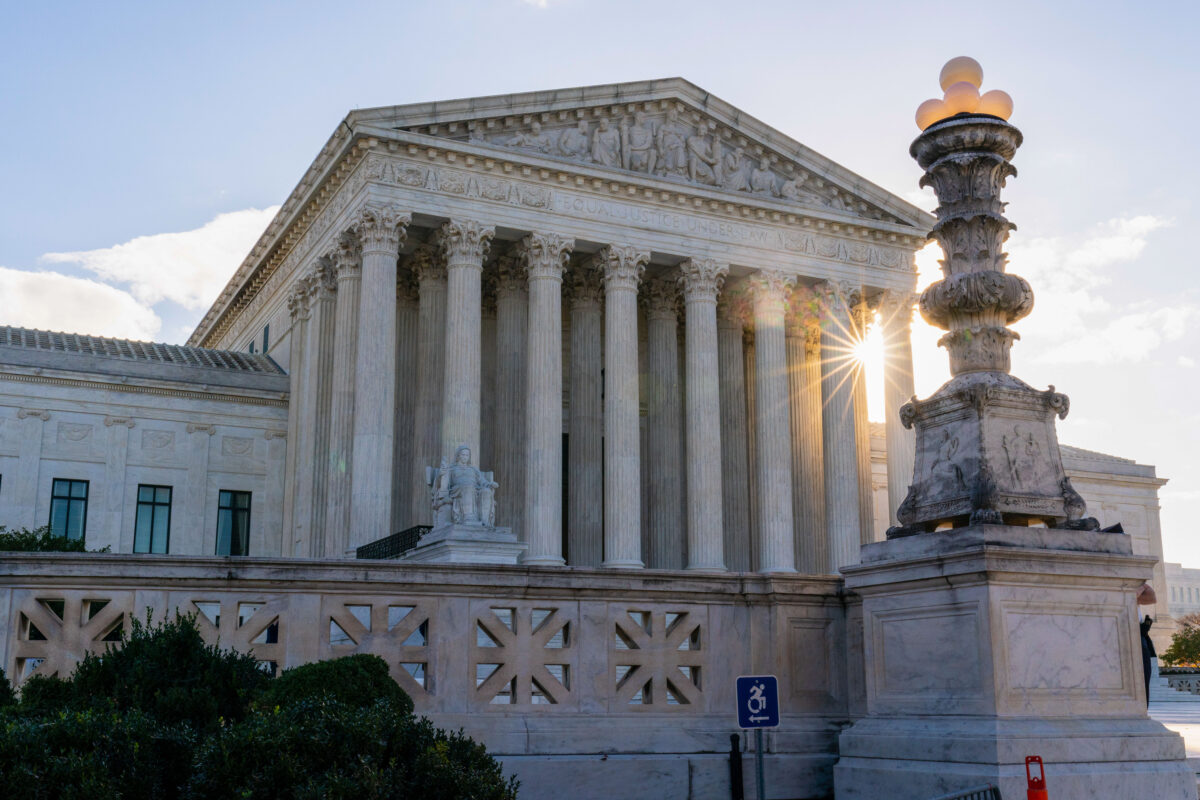 Low-level crack cocaine defendants should benefit from a 2018 federal law that reduced prison sentences for certain offenses, the Biden administration told largely unreceptive members of the Supreme Court May 4.

Although then-President Donald Trump signed the criminal justice reform measure known as the First Step Act into law, his administration held the view that possession of a small amount of crack cocaine wasn’t covered under the statute.

The Biden administration reversed course and now takes the position that the defendant in the case, Tarahrick Terry, qualifies for a sentence reduction. The U.S. Department of Justice reinterpreted Section 404 of the First Step Act and concluded that Terry’s “conviction is a ‘covered offense’ under Section 404, [and] that [he] is entitled to request a reduced sentence, and that the court of appeals erred in concluding otherwise,” the department advised the court in March.

As a U.S. senator, Biden supported the Anti-Drug Abuse Act of 1986 that punished possession of one gram of crack cocaine the same as 100 grams of powder cocaine. This 100 to 1 ratio was criticized for years as being unscientific and racially discriminatory, according to a Bloomberg Law summary.

The Fair Sentencing Act of 2010 brought the ratio down to 18 to 1, but only for future cases. The First Step Act, signed in 2018 by Trump, made the change retroactive for some offenders.

Terry was sentenced to 15 1/2 years in prison after entering a guilty plea in Florida in 2008 for one count of possession with intent to distribute 3.9 grams of crack cocaine. He sued arguing the First Step Act entitled him to a new sentencing. The U.S. Court of Appeals for the 11th Circuit ruled against him on Sept. 22, 2020. Six days later he filed a petition with the Supreme Court seeking review, which the Trump administration opposed. The court agreed on Jan. 8 to hear his case.

Oral arguments, which were previously scheduled for April 20, were rescheduled after the Biden administration, which took office Jan. 20, announced March 15 it would no longer defend the 11th Circuit ruling, as The Epoch Times previously reported.

With no one left to argue against sentence-reduction, the Supreme Court appointed lawyer Adam Mortara to serve as amicus curiae, or friend of the court, to take the position abandoned by the Biden administration.

During oral arguments, Adler said with Section 404 of the First Step Act, “Congress sought to eradicate the stain of the 100-to-1 disparity.”

“To ensure it did not warp anyone’s sentence,  Congress gave everyone sentenced under it the opportunity to seek a reduced sentence … The only people Congress excluded … were those who already received that opportunity. Categorically excluding [certain] offenders would leave the taint intact for those with the smallest quantities. Had Congress intended such a perverse result, it would have said so loudly and clearly.”

Justice Stephen Breyer told Adler that the 100 to 1 ratio was “ridiculous,” but said it had nothing to do with this case. He worried the First Step Act could be used by career criminals to seek resentencing.

“You get me out of this,” he urged Adler. “I’d love to get out of it. I mean, I think they were much too high. I understand that. But I can’t get away from this statute. So you convince me, I hope, that I’m wrong.”

Justice Sonia Sotomayor told Adler she had “difficulties” with his argument.

Chief Justice John Roberts asked Feigin if he disagreed with any aspect of Terry’s position.

“Assuming I’m understanding his position correctly, I don’t think there’s much daylight, if any, between the two of us,” Feigin acknowledged.

This was the final oral argument scheduled for the court’s current term which began in October 2020.

This is a developing story. It will be updated.