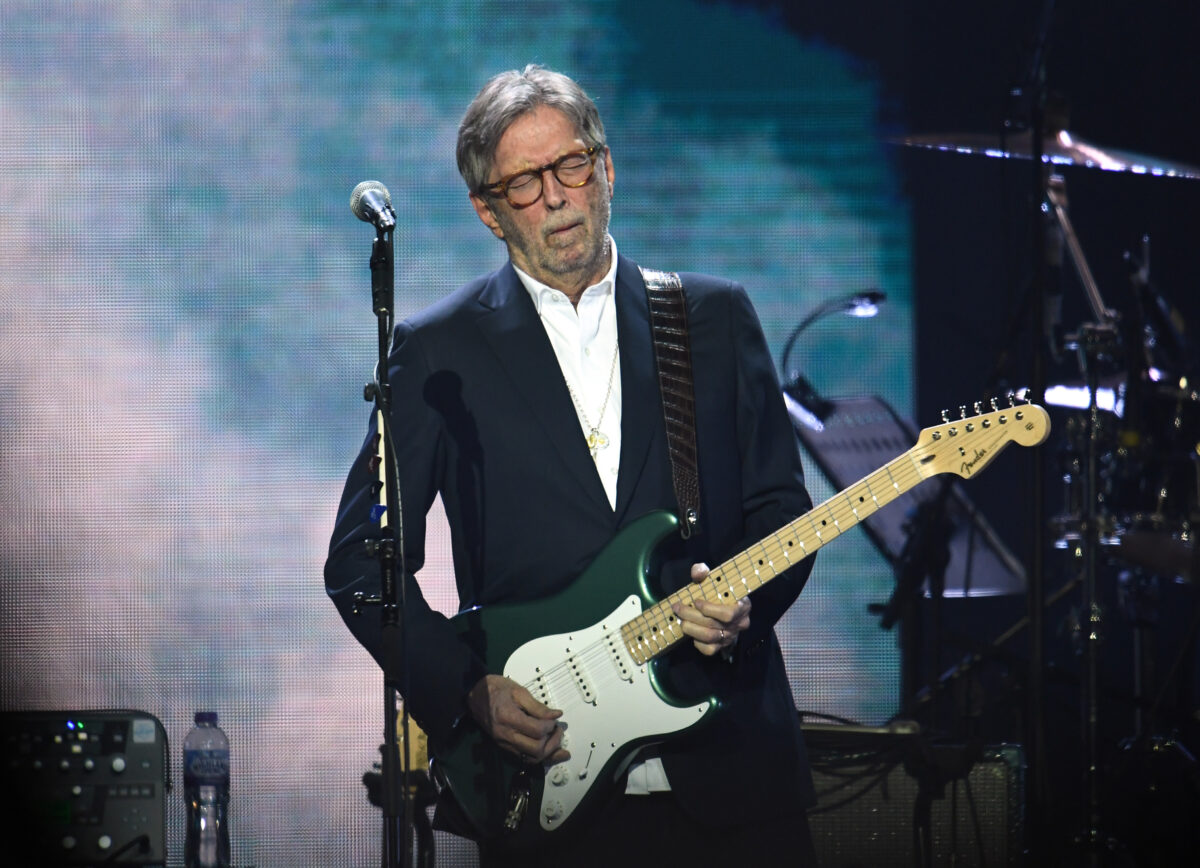 The UK’s third and longest lockdown at 166 days is due to end on June 21. Surprisingly, the opposition to having everyday freedoms removed has been small aside from some peaceful demonstrations. The Conservative government even managed to increase its majority to 87  in a recent local election.

With live events being cancelled, the entertainment industry has been particularly hard hit. Yet any signs of a music rebellion against this new authoritarianism in Britain seems to have been largely confined to a few ageing members of the rock world’s aristocracy, who were mystified at how easily people—particularly the young—surrendered their freedoms.

Mick Jagger’s parody song, “Eazy Sleazy” also takes aim at the lockdowns: “Looking at the graphs with a magnifying glass, cancel all the tours, football’s fake applause… No more travel brochures, virtual premiers – I’ve got nothing left to wear… Soon it’ll be a memory you’re trying to forget.”

Theatreland, too, has been hit and last year Andrew Lloyd-Webber explained to the BBC that the government’s then plan, to reopen venues in August with social distancing, wasn’t economically viable due to the reduced seat numbers it would entail: “The average play needs 65 percent capacity really—a musical needs more.”

Yet lockdowns-are-bad is as far as they go in perfect harmony.

Van Morrison and Clapton accuse the British government of overreacting to the virus and that, by adopting the Chinese Communist Party-conceived policy of the lockdown, they have taken away too many personal freedoms.

Lloyd-Webber believes the only way out is for everyone to get vaccinated and accuses those who don’t of being “selfish” and endangering lives. In a BBC interview he compared not having the vaccine to drunk-driving: “You could just say, I would like to go out and have a drink tonight and drive home and accidentally I kill someone.”

The Oscar-winning composer explained, “We know that the vaccines are very effective, and we know that broadly speaking they are unbelievably safe.”

In a recording with Dave Grohl of Foo Fighters, Jagger also takes a swipe at anti-vaxxers, whom he dismisses as “irrational.” A later verse in their song, “Eazy Sleazy”, caricatures them: “Shooting the vaccine, Bill Gates is in my bloodstream. It’s mind control…” After almost sixty years at the top of his profession, he clearly doesn’t care about ridiculing and alienating some of his audience.

Despite Eric Clapton’s despair at the damage the lockdowns have had socially and culturally, he used to share the opinion that the vaccines were safe until he took the AstraZeneca jab. That was several months after the release of “Stand and Deliver” and another Rolling Stone—this time the publication—reported his adverse reaction to it.

“I took the first jab of AZ and straight away had severe reactions which lasted ten days, I recovered eventually and was told it would be twelve weeks before the second one… About six weeks later I was offered and took the second AZ shot, but with a little more knowledge of the dangers.

“Needless to say, the reactions were disastrous, my hands and feet were either frozen, numb or burning, and pretty much useless for two weeks, I feared I would never play again. I suffer with peripheral neuropathy and should never have gone near the needle. But the propaganda said the vaccine was safe for everyone.”

In his BBC interview, Lloyd-Webber continued to support his “unbelievably safe” view of the vaccine by paraphrasing the British Monarch: “I think the Queen put it rather well. [She said] you have got to think of other people in all of this.”

In early January, Buckingham Palace announced that both the Queen and her now late husband, Prince Philip, received the COVID vaccine. The Palace was less forthcoming over the second jab, though it was widely reported that the Queen received it in late March, and it remains unclear if Prince Philip joined her.

The Queen’s cousin-in-law, Princess Michael of Kent, also took the jab even though she had contracted the virus in November of last year and recovered. Now she has been diagnosed with blood clots in her heart after receiving her second dose of the Oxford AstraZeneca vaccine.

At the end of Lloyd-Webber’s BBC interview, he replaced drunk-driving with a lesser charge: “Really now, people have got to realise that by not having the vaccine they’re affecting an enormous number of people’s jobs and livelihoods.”

So, was how to keep his seven theatres open in his thoughts all along?

Andrew Davies is a UK-based video producer and writer. His award-winning video on underage sex abuse helped Barnardos children’s charity change UK law, while his documentary “Batons, Bows and Bruises: A History of the Royal Philharmonic Orchestra,” ran for six years on the Sky Arts Channel.