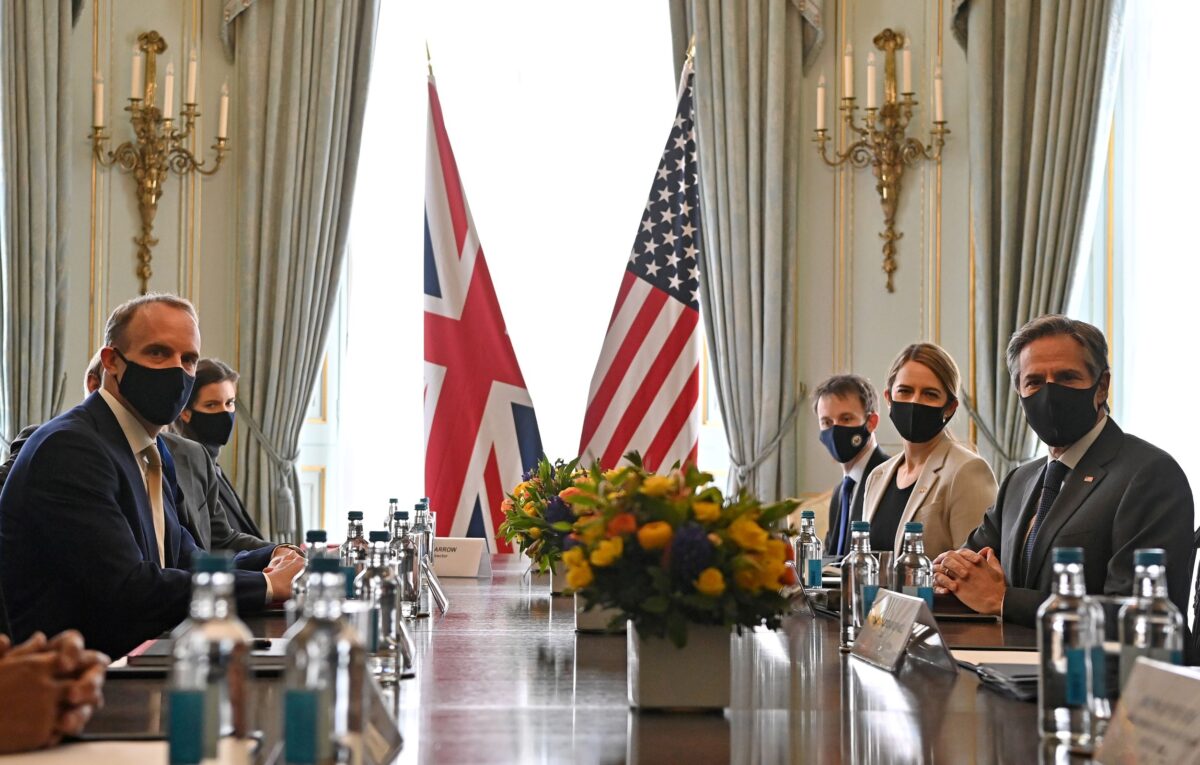 LONDON—Foreign ministers of the G7 rich countries gather in London on Monday for their first in-person meeting since the COVID-19 pandemic began, with British host Dominic Raab opening with talks with U.S. Secretary of State Antony Blinken.

The week is billed by Britain, which holds the group’s rotating presidency, as a chance to reassert the West’s influence and address issues such as the coronavirus recovery, climate change and how to deal with China and Russia.

In addition to the G7 members Canada, France, Germany, Italy, Japan and the United States, Britain has also invited ministers from Australia, India, South Africa and South Korea this week. Meetings will kick off with dinner on Monday evening.

Before that, Raab and Blinken will meet to discuss shared goals. Britain is keen to capitalize on Biden’s willingness to re-engage with global efforts to fight climate change, and to restore a nuclear deal with Iran repudiated by Trump.

Raab said on Sunday the G7 would look at a proposal to build a rapid response mechanism to counter Russian disinformation, and, in a reference to China, spoke of the need to stand up for open markets and democracy.

“On all of these areas we want to be absolutely firm, and standing shoulder to shoulder not just with Americans, as important as they are, but also with our wider allies—that’s why the G7 is so important,” Raab said.

Raab and Blinken are also expected to discuss ongoing trade talks with the United States as Britain seeks a so-far elusive deal, touted by Prime Minister Boris Johnson as one of the biggest opportunities opened by quitting the European Union.