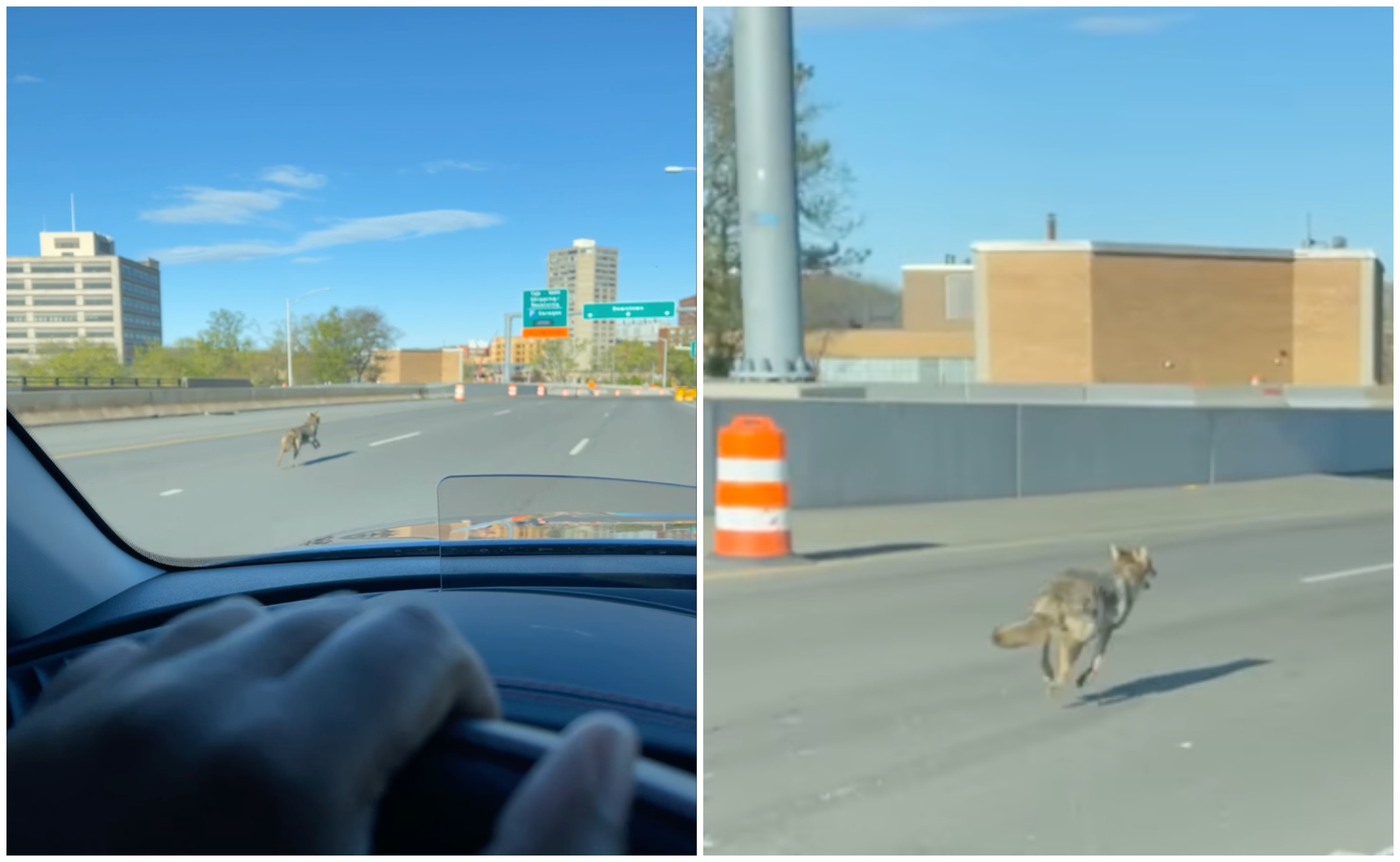 Tanika Campbell was on her way to work late last week when she noticed that the commuter beside her was not your average driver. In the lane to her left, she spotted an animal, likely a coyote, enjoying a morning run.

In a video posted to Facebook, Campbell shared footage from the bizarre scene: a coyote-looking animal sprints on the highway at an incredible speed. Meanwhile, Campbell trails behind and to the right of the creature, maintaining a safe distance.

“On my way to work this morning,” she captioned the video. She added that she spotted the animal on the “Downtown exit ramp.”

According to WTNH News 8, the incident took place on Connecticut’s Interstate-95. It appears that both Campbell and the coyote were taking Exit 47 to downtown New Haven.

Luckily for the coyote, the video suggests that the highway was at least relatively clear of traffic, creating a long expanse of road for the creature to enjoy. Were that not the case, the situation could have been a dangerous one for the coyote.

After sharing the video on Facebook, Campbell received hundreds of likes, comments, and shares on her post. Several commenters made jokes about where the coyote might have been going—especially considering the animal’s high speed.

“He about to go take the vaccine,” wrote one commenter.

“He tryna race,” joked another.

Others pointed out that, contrary to expectations, the sight isn’t actually that unexpected for the area.

“They have been around for a while. As we build more and take away their space. The more they invade our space,” wrote one commenter.

“I have seen them in the area too!!” said another.

A second clip posted by Campbell shows the coyote running along the exit ramp before veering right onto a section of sidewalk. Currently, there is no update on the coyote’s whereabouts since Campbell filmed her video.

The news comes just days after it was reported that South Carolina police used dog toys to lure an invading coyote out of a couple’s home. The homeowner reportedly discovered the coyote in her kitchen and called 911 while the terrified animal stayed in a corner of the room.

Perhaps hoping to tap into the creature’s canine instincts, the officers reportedly devised the dog-toy plan. Video footage shows officers throwing toys to the coyote, encouraging it to run out the home’s back door.