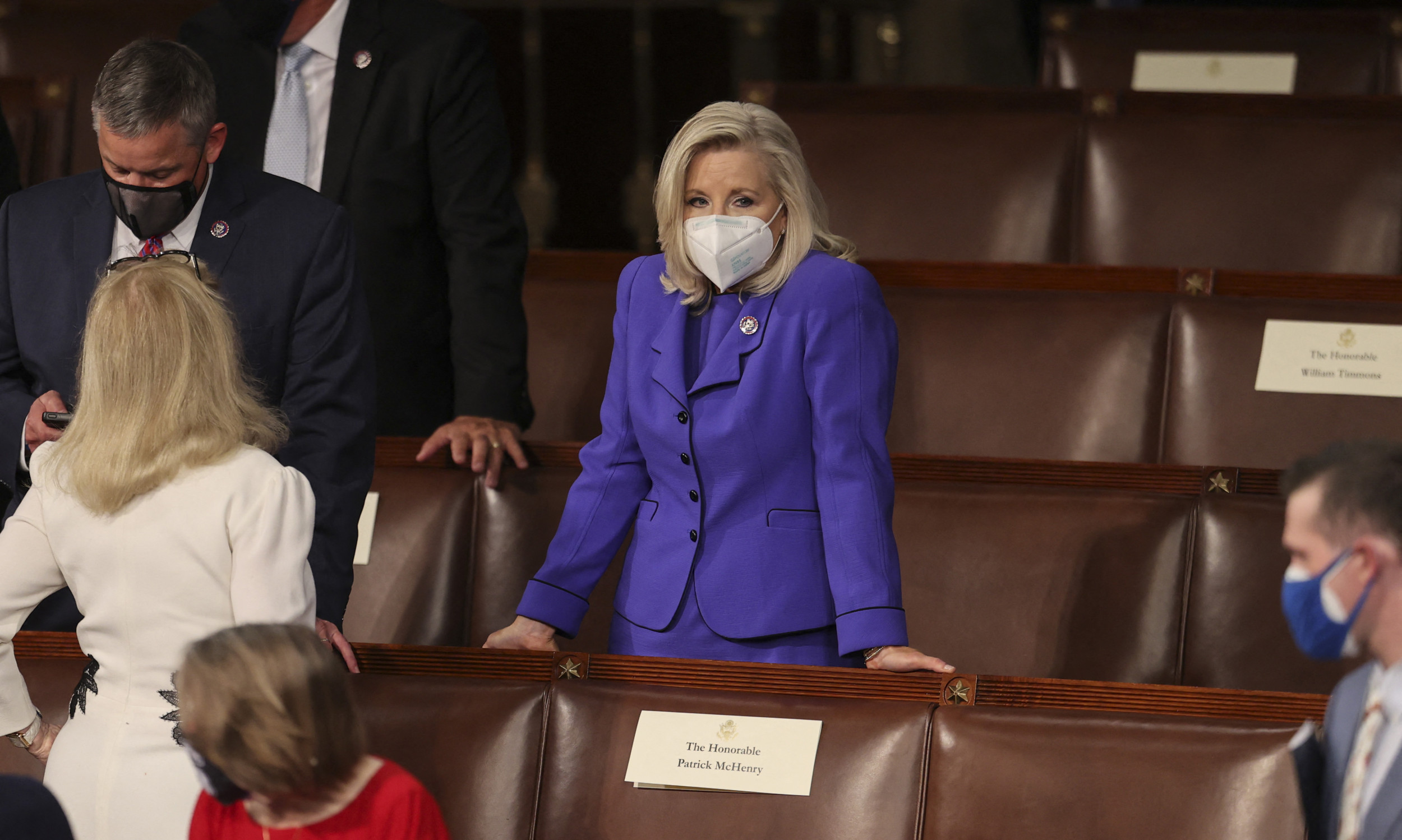 The pressure to remove Liz Cheney from her GOP leadership position in the House of Representatives has increased after her latest interaction with former President Donald Trump.

According to the Associated Press, a vote on whether to remove the Wyoming congresswoman as the House Republican Conference chair could come as early as next Wednesday, when House Republicans are next scheduled to meet.

After Trump’s latest assertion that the 2020 presidential election was “fraudulent,” Cheney was quick to respond on Twitter. She said that the election was not stolen and “anyone who claims it was is spreading THE BIG LIE, turning their back on the rule of law, and poisoning our democratic system.”

In response to Cheney, Trump issued a statement that reiterated his desire to see her defeated by another Republican in next year’s Wyoming GOP primary. He also claimed that people in her state “never liked her much.”

This exchange led some Republicans to question Cheney’s ability to do her job as the No. 3 Republican in the House.

“I have heard from members concerned about her ability to carry out her job as conference chair, to carry out the message,” said House Minority Leader McCarthy. “We all need to be working as one if we’re able to win the majority. Remember, majorities are not given. They are earned.”

McCarthy’s comments on the Fox News Channel underscored the continued, if not growing, grip that the former president has on the House GOP. They also spotlighted an increasingly open split between McCarthy and Cheney.

Rather than standing by Cheney—as he did during a failed effort to oust her in February—McCarthy essentially planted himself in the camp of her pro-Trump critics. His positioning with her detractors and their increasingly outspoken attacks suggest her hold on her leadership job is in renewed peril.

McCarthy’s remarks come with Republicans optimistic about their chances of winning back control of the House in the 2022 elections. The GOP believes it has a trove of issues to use against Democrats and wants the focus there, not on internal party rifts.

But between now and next year’s elections, the GOP must resolve the power struggle between the party’s pro-Trump loyalists and those who believe he has damaged the party and country by repeatedly—and falsely—claiming that last November’s presidential election was stolen from him.

The fight between Cheney and her critics stands as a microcosm of that battle. It also puts the GOP in the awkward position of seeking to oust its highest-ranking woman from her post at a time when the party is trying to erode Democrats’ decisive advantage among female voters.

Asked about McCarthy’s comments, Cheney spokesperson Jeremy Adler said in a written statement, “This is about whether the Republican Party is going to perpetuate lies about the 2020 election and attempt to whitewash what happened on Jan 6. Liz will not do that. That is the issue.”

Further demonstrating the schism between the two GOP leaders, one top Republican congressional aide said McCarthy had weeks ago urged Cheney to stop talking about Trump, and her failure to do that has boosted frustration with her. McCarthy, who delivered a speech supporting her when House Republicans privately voted to keep her in February, will not do that this time, said the aide, who spoke on condition of anonymity to describe internal conversations.

Potential contenders to replace Cheney include Representatives Elise Stefanik of New York and Jackie Walorski of Indiana, the aide said.

Underscoring the Republican rift, Cheney criticized Trump anew at a donor event she attended over the weekend with the conservative American Enterprise Institute at Sea Island, Georgia, according to a person familiar with the situation and granted anonymity to discuss it.

“We can’t embrace the notion the election is stolen. It’s a poison in the bloodstream of our democracy,” Cheney said, in comments first reported by CNN. “We can’t whitewash what happened on January 6 or perpetuate Trump’s big lie. It is a threat to democracy. What he did on January 6 is a line that cannot be crossed.”

In another illustration of internal GOP tensions, Cheney and McCarthy have not appeared together at House Republican leadership news conferences for weeks.

Republicans believe Democrats will be vulnerable over President Joe Biden‘s handling of the huge numbers of migrants trying to cross the Southwest border and for not prompting pandemic-shuttered schools and businesses to reopen faster.

In February, conservatives unhappy over Cheney’s confrontations with Trump overwhelmingly lost a secret ballot vote of House Republicans aimed at ousting her from her leadership job, 145-61.

But in recent weeks, Cheney’s continued willingness to speak out against Trump has prompted fresh criticism of her. She is a daughter of former Vice President Dick Cheney and like him is viewed as part of the GOP establishment, making her a natural target for the party’s pro-Trump conservatives.

McCarthy has told reporters that during the House GOP’s closed-door February meeting that resulted in Cheney keeping her job, he had defended her.

“People can have differences of opinion. That’s what you can have a discussion about. Liz has a right to vote her conscience,” McCarthy said then.

However, McCarthy struck a completely different tone on Tuesday. He said GOP lawmakers are concerned about the party’s messaging, which is part of the No. 3 leader’s job.

“What’s our best step forward? That we could all work together instead of attacking one another,” he said.