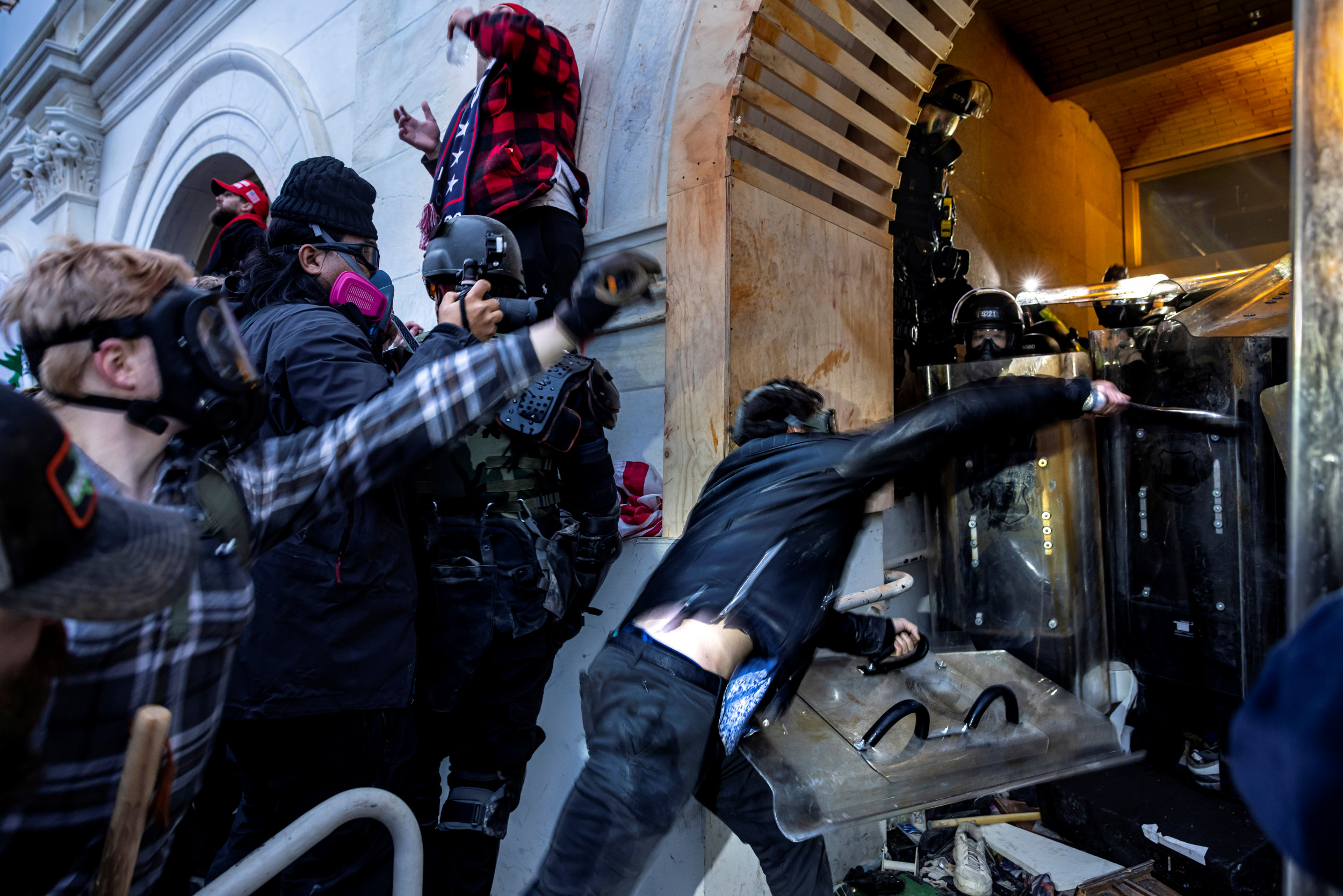 Three months on from the January 6 Capitol attack, the FBI are still seeking the public’s help in identifying large numbers of suspects.

The FBI is continually tweeting out images of people they wish to speak to in connection to the attack, including those accused of assaulting federal law enforcement.

Images and videos of the suspects still at large have also been collected on the FBI’s dedicated section of their website to find those responsible for the attack which resulted in the death of Capitol Police Officer Brian Sicknick.

In March, the FBI released video footage of those accused of carrying out the “most egregious assaults” on federal officers while urging the public to come forward with information.

On April 1, a superseding indictment was unsealed in federal court in the District of Columbia charging five men with assaulting Metropolitan Police Department Officers on January 6, as well as other charges in connection to the Capitol attack.

Jack Wade Whitton, 30, of Locust Grove, Georgia, Jeffrey Sabol of Kittredge, Colorado, and Peter Francis Stager of Conway, Arkansas, have been charged with assaulting an MPD officer with a baton, flag, pole and a crutch during the riot.

Clayton Ray Mullins of Benton, Kentucky, is also assaulting the same officer, as well as a second MPD officer, whom Whitton and Sabol are also accused of separately attacking. Michael John Lopatic Sr. of Lancaster, Pennsylvania, was also charged with attacking a third police officer.

Nearly 400 people have so far been arrested in connection to the attack, with many suspects facing charges including knowingly entering and remaining in a restricted building or grounds, or violent entry and disorderly conduct in a Capitol building.

However, others are also facing more serious charges including conspiracy; obstruction of an official proceeding in relation to the Senate certifying Joe Biden as the winner of November’s presidential election.

In a statement on March 26, FBI Dallas Special Agent in Charge Matthew J. DeSarno said agents have been working “around the clock, throughout the country” to identify suspects in the January 6 attack.

DeSarno added that at least 20 suspects are from the state of Texas alone.

“The subjects are alleged to have committed a range of violations that include trespassing on federal property and committing assault on law enforcement officers,” DeSarno said. “They have lived and functioned in the mainstream of our communities and all spurred public outrage by their actions.

“We are fortunate to have the continued support of our North Texas residents as you have provided tips or encouraged your loved ones to turn themselves in to law enforcement for the actions taken on January 6.

“However, some of the most violent offenders have yet to be identified and we ask again for your assistance in identifying additional perpetrators of these heinous acts. We will continue to uphold our mission to defend the Constitution and protect the American people and their rights.”

Those with any information on the suspects have bene urged to call ‪1-800-CALL-FBI (1-‪800-225-5324) to verbally report tips and/or information related to this investigation, or submit at tip online at tips.fbi.gov.