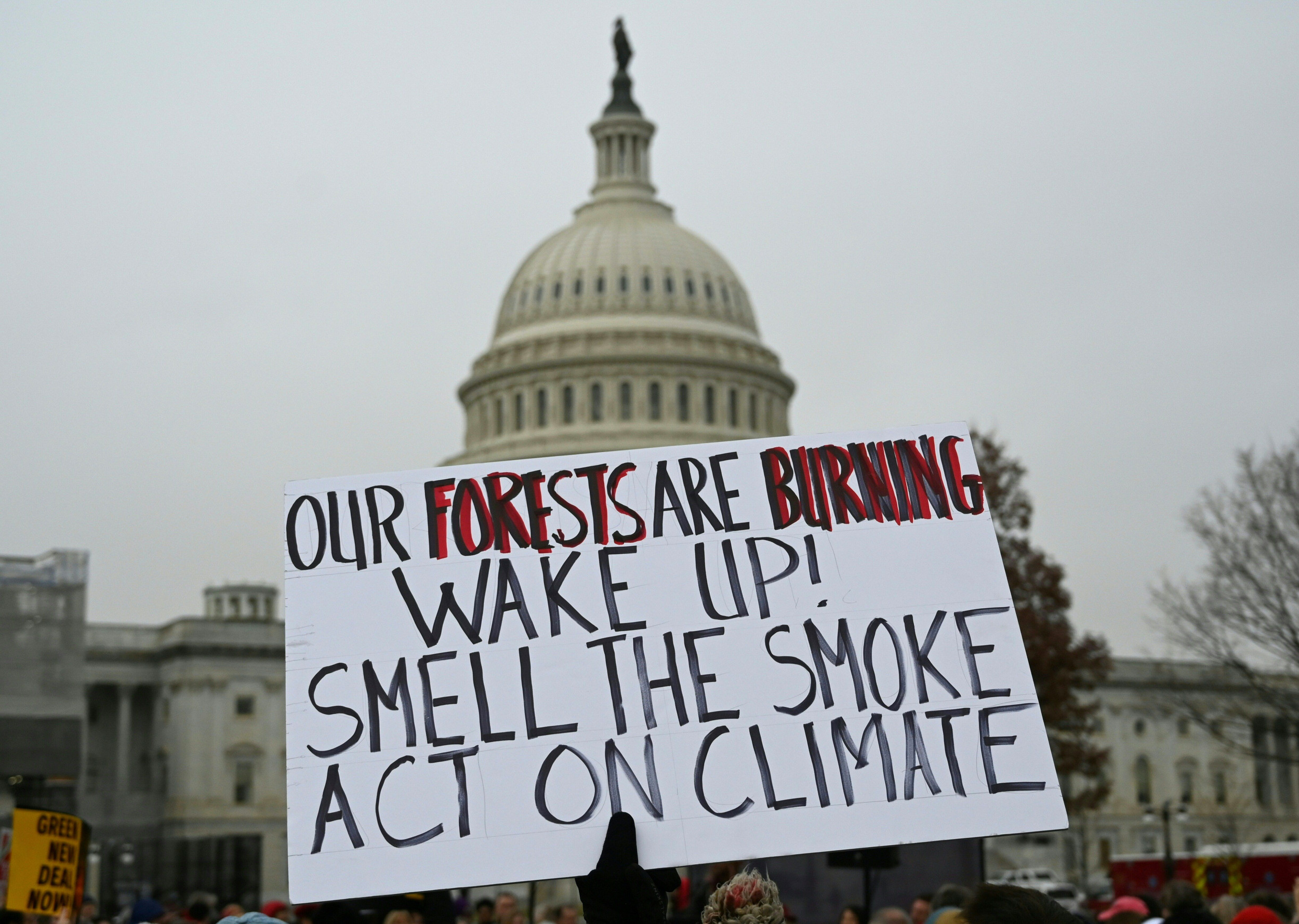 The battle for bold climate policy will not be an easy fight. This was clearly evident from the political pushback that immediately followed the rollout of President Joe Biden‘s infrastructure proposal. A rare convergence of forces are pushing toward major new public policy, including rising levels of public support. But in addition to the usual partisan divide, there’s another potential roadblock in the road to victory: The almost complete “inactivism” of avowedly pro-climate Big Tech when it comes to the policy arena.

Ironically, Big Tech is now overtaking Big Oil as the biggest power player in Washington lobbying. Top tech companies are spending millions promoting and defending their interests, working to fend off congressional critics. To be fair, they are also demonstrating their pro-climate commitment by making progress on sustainability in their own operations. But why—in the face of Big Oil’s continued, if repackaged climate obstructionism—does Big Tech fail to show up on climate policy? Why, on the brink of such a high stakes struggle over climate policy, is Big Tech still devoting only a measly 4 percent of its lobbying activities to climate?

Tech leaders are smart. They know full well that we have reached the zero hour in the climate crisis. Based on the 2018 Intergovernmental Panel on Climate Change (IPCC) report on averting dangerous warming, to keep warming below the dangerous 1.5 degree Celsius limit, we need policies that will cut emissions in half by 2030 to get us to net-zero by 2050. Since 2018, we’ve failed to make adequate progress. We need even faster cuts now. That means we need to reduce our use of fossil fuels dramatically—and very, very quickly. This is why the climate-focused elements of Build Back Better will quickly become a fight to the death for a fossil fuel industry that is already beginning its inevitable—if slow and painful—decline.

Fossil fuel companies are strategic shape-shifters ramping up a new climate war to prevent any meaningful government action. They may publicly support tepid measures—like a modest price on carbon—while blocking proposals with more muscle. They can be expected to employ the same feint with Build Back Better. They recently pulled resources from the climate change denial industry and swung their considerable funding might behind legislative efforts to block clean energy policies.

As a counter-balance, we need influential tech companies that support climate-friendly policies to act like they’re really in this fight. This means sending their lobbyists to Capitol Hill to back pro-climate provisions of Build Back Better, even those not in their narrow self-interest. It means banding together with their corporate peers. It means getting trade associations like the Chamber of Commerce aligned with real pro-climate policies—or canceling their memberships. It means ending contributions to campaigns of climate deniers and obstructionists.

“The tech industry and other ‘good guys’ in the corporate sector need to throw their full weight behind ambitious climate action in Build Back Better. We know the Kochs and other fossil fuel interests will marshal bad-faith arguments and front groups to oppose ambitious climate legislation. Who better to counter their nonsense than many of America’s most successful companies and entrepreneurs?” said Senator Sheldon Whitehouse (D-R.I.), one of the Senate‘s leading climate champions.

When it comes to policy issues that don’t directly impact their bottom line, tech companies tend to avoid risk and stay on the sidelines. They only get involved when the debate touches their core business, even where they take a publicly supportive stance. While they view this inaction as neutral, it is in reality being complicit with those who want to block big policy progress on climate. They need to get off the sidelines and lobby like they mean it.

Now is the time for raising our hopes for historic climate legislation and raising the bar on the corporate sector. ClimateVoice’s new 1in5 Campaign, launched the same day as Build Back Better, is rallying tech employees to get their companies into the fray. Their voices may just make the difference—for the sake of the planet, let’s hope they do.

Michael E. Mann is distinguished professor of atmospheric science at Penn State and author of The New Climate War.

Bill Weihl is a former Google and Facebook sustainability leader and founder of the non-profit project ClimateVoice.

The views expressed in this article are the writers’ own.