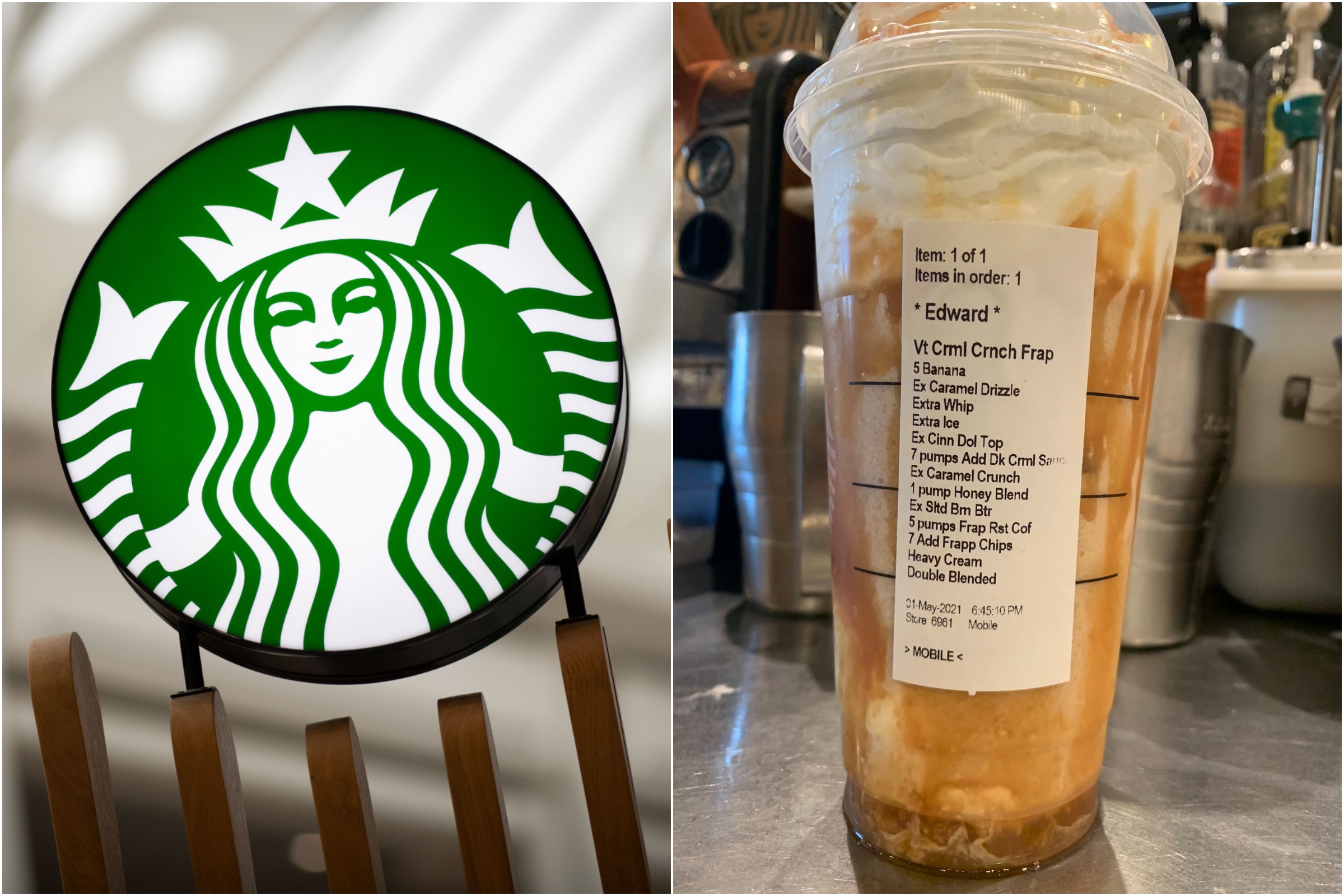 On Saturday evening, a tweet from the account @ProjectJosiee quickly gained national attention. Josie’s photo, simply captioned, “On [today’s] episode of why I wanna quit my job,” shows a complicated Starbucks mobile beverage order from a customer only known as Edward.

It even wants the beverage to be “double blended” and include banana, heavy cream and five pumps of Frappuccino roast coffee.

The tweet, which now has more than 153,000 likes, even made it to the Twitter trending page, with several baristas weighing in on their craziest Starbucks customer orders.

Twitter user @victoriasarberr replied, “I raise you.” She attached a photo of a Traditional Caffé Misto with so many personalizations that the printed sticker is nearly longer than the venti cup. The coffee drinker requests several types of milk, multiple pumps of nearly a dozen syrups and a host of additional sweeteners.

Annie, who goes by @nerdyac on the platform, noted that “Sundays are the worst” for Starbucks employees. Her recent order for an Iced Blonde Vanilla Latte even requests the drink be presented in the cup “upside down.”

Twitter user @binxsicle, better known as Bianca, tweeted that one highly complicated Matcha Crème Green Tea Frappuccino “comes in every other week.” Between the host of syrups, sugary powders and caffeine add-ons, the bright green matcha is now a dour sickly color.

One commenter was so horrified they deemed it “an ABOMINATION of a drink.”

The initial tweet caught the attention of New York Magazine and Huffington Post contributor Yashar Ali who offered his own two cents about the influx of complicated Starbucks orders.

“I’m going to get yelled at for this by some but I just think it’s so selfish to order insane drinks like this at a Starbucks and it’s become so prevalent especially due to TikTok,” he wrote. “I don’t care if you’re paying for it, it’s still selfish.”

Another commenter confirmed that, after her recent Starbucks trip, her overworked baristas blame viral drinks on the video-sharing app for longer wait times and crazier orders.

“The line at my local SB is ridiculously long, more [than] usual. I asked the barista what’s been going on. He said a lot of people are ordering the TikTok drinks,” @mamio3 shared.

One Starbucks drive-thru worker even added that modifying drinks while serving customers in vehicles adds another wrinkle to accommodating popular TikTok orders.

“He is correct. We have to keep our drive times at certain levels while maintaining customer connections- then we get car after car ordering these fourteen modifier TikTok drinks…it’s honestly exhausting and defeating,” user @tmkrause shared.

Several traditional coffee drinkers shared their shock and horror at what young customers are ordering and showed concern for their wallets and long-term health.

“I can’t imagine the nutrition labels on those things … like what is the cost of those with all the customizations?!” @newmominsomniac commented.

Even still, some Twitter users saw no issue with the influx of complicated orders.

Newsweek reached out to Josie, but they did not immediately respond to requests for comment.

Starbucks baristas also recently sparked a conversation about using service employees for social media content. Back in March, a TikTok video went viral for a fed-up Starbucks worker closing the drive-thru window on a customer who began serenading him.

“Did he just close that? I’m so embarrassed,” the TikToker said as the car passenger called the employee “rude.”