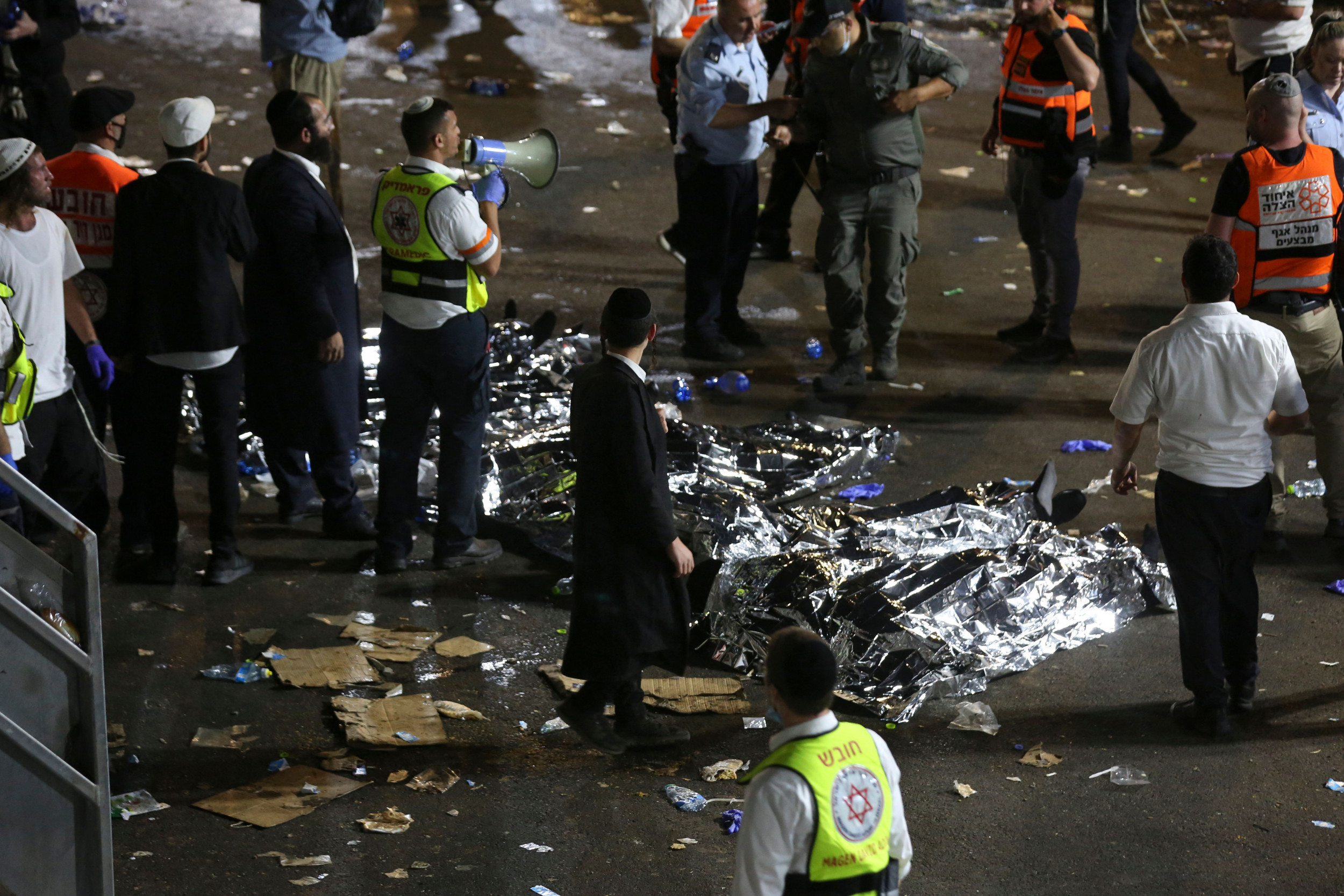 The ramp where 45 people were crushed to death on Israel’s Mount Meron on April 30 looked as though it was built without permission and made too shoddily, a former mayor of a nearby village said.

Mordechai Halperin—a former mayor of the nearby village of Meron and ex-chairman of the local planning committee—spoke with The New York Times about the deadly stampede in an article published Tuesday. “Anyone who looked at that slope could see it was something that was just thrown together. The incline was too great, the metal floor was something you could easily slip on,” he said.

“I tried to stop this,” he added. “I wrote letters. I got nothing.”

Halperin wasn’t the only official whose warnings went unheard. Officials from six government departments met a week before the annual Jewish pilgrimage to Mount Meron in northern Israel for the festival of Lag BaOmer. The meeting was meant to discuss how to prevent the coronavirus from spreading during the events, and the officials agreed to limit attendance at certain parts of the site to 3,000 pilgrims at a time.

By midnight on Friday, though, one of those limited zones was already filled by approximately 20,000 ultra-Orthodox Jews, the Times reported. The newspaper also obtained a copy of the government’s plan, which it said was never put into place because no one took the initiative to do so.

Mount Meron is the burial site of Jewish mystic Rabbi Shimon Bar Yochai. The anniversary of the rabbi’s death falls during the Jewish festival of Lag BaOmer, and several hundred thousand visitors visit Mount Meron to dance, sing and watch the lighting of ceremonial bonfires.

For about 13 years, politicians and watchdog groups have tried to manage the crowds at the site. Some have called for completely closing the venue because of safety fears. The political influence of the Haredim—the Hebrew name for the ultra-Orthodox—is seen as a principle reason nothing substantial has been done.

Another problem is that there is no clear chain of order in regards to managing the mountain. None of the four Haredi groups that run different parts of the site has more control than the others.

“It’s a place without law,” Halperin said of the situation. “Everybody could do or build what they wanted.”