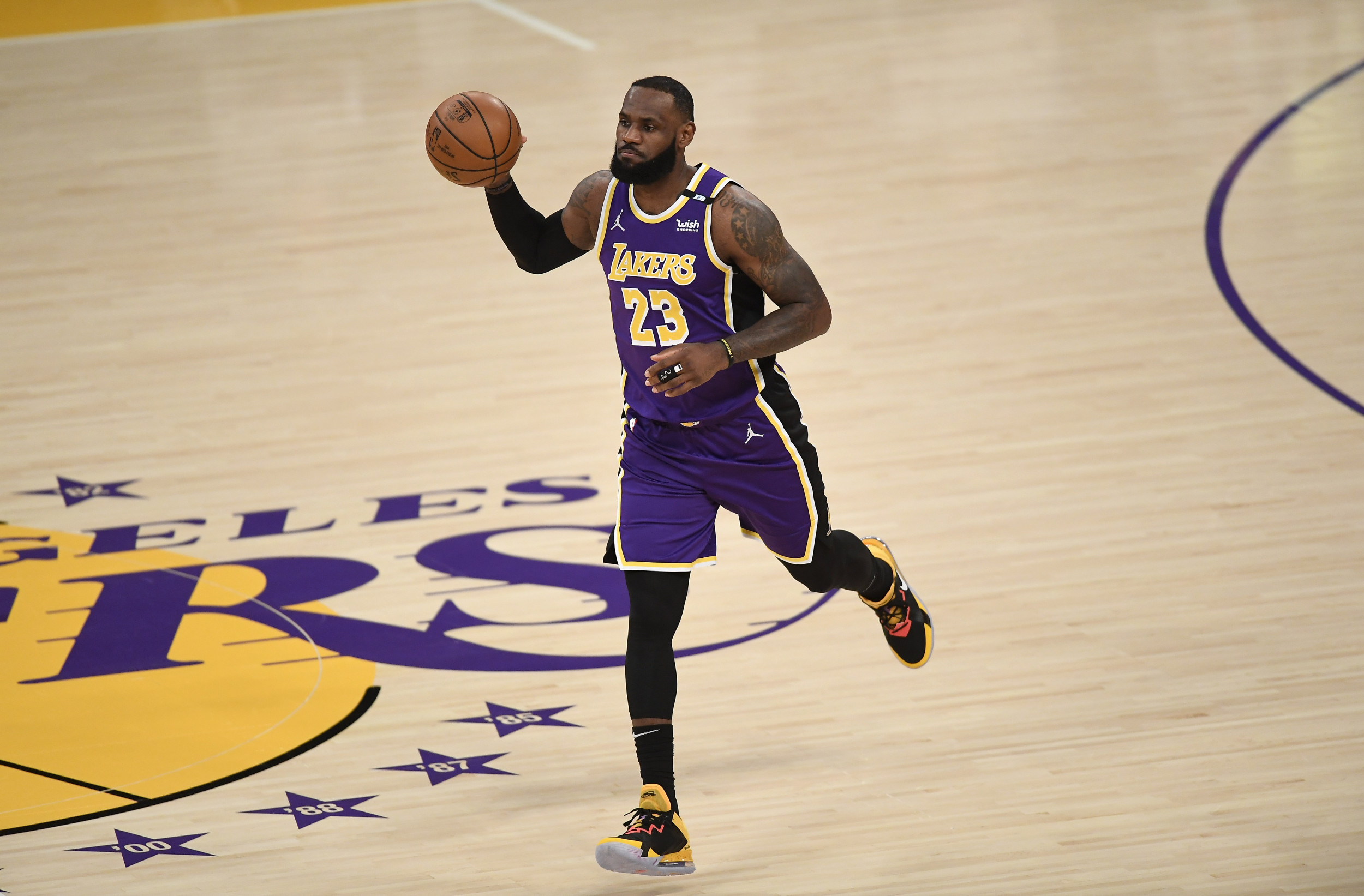 LeBron James could sit out the remainder of the regular season in a bid to fully recover from a fresh ankle injury.

The four-time NBA champion was sidelined for the remaining six minutes and 42 seconds of the Los Angeles Lakers‘ loss to the Toronto Raptors on Sunday and sat out the Lakers’ win against the Denver Nuggets the following day as he suffered a setback in his recovery.

The reigning NBA Finals MVP missed a career-high 20 consecutive games as he was sidelined for the last six weeks with an ankle injury, before returning for games against the Sacramento Kings and the Raptors last week, both of which resulted in home losses for the Lakers.

ESPN reported the 36-year-old will miss the Lakers’ next two games—against the Los Angeles Clippers on Thursday and on the road against the Portland Trail Blazers the following day—after experiencing troubles with making hard cuts on the court since returning from his six-week layoff.

According to Brad Turner of the Los Angeles Times, however, James’ absence could extend beyond two games, with the Lakers reportedly considering the option of wrapping their star in cotton wool until the end of the regular season.

“My understanding is that he may not be back until, perhaps, the end of the season,” Turner told NBA TV on Tuesday night. “Maybe he plays two or three games before the season is over.

“But the idea is to make sure LeBron James is 100 percent healthy. Obviously, he was feeling the ankle the last two games he played. They want to make sure he’s not feeling any discomfort, and that he’s healthy going into the playoffs.”

ESPN also noted it was “possible James could miss more games,” depending on how his recovery progresses. Durability has been one of James’ key traits over his 18 years in the NBA and he leads all active players in games and minutes played with 1,308 and 49,999 respectively. James’ career average of 38.2 minutes per game is also the highest of any active player in the NBA.

Up until he missed 17 consecutive games after suffering a serious groin injury on Christmas Day in his first season with the Lakers, James had never played fewer than 62 regular season games. Significantly, however, that came in the 2011-12 season, which was shortened to 66 games due to a two-month lockout as result of negotiations over a new collective bargaining agreement between the NBA and the players.

With seven regular season games left, the Lakers are fifth in the Western Conference with a 37-28 record, 0.5 games ahead of the sixth-placed Dallas Mavericks and one game clear of Portland, the current No. 7 seed. The defending NBA champions must finish in the top six to avoid having to go through the play-in tournament.

Following the games against the Clippers and the Blazers, the Lakers have a three-game home stand against the Phoenix Suns, New York Knicks and Houston Rockets, followed by a two-game road trip to close the regular season against the Indiana Pacers and the New Orleans Pelicans.