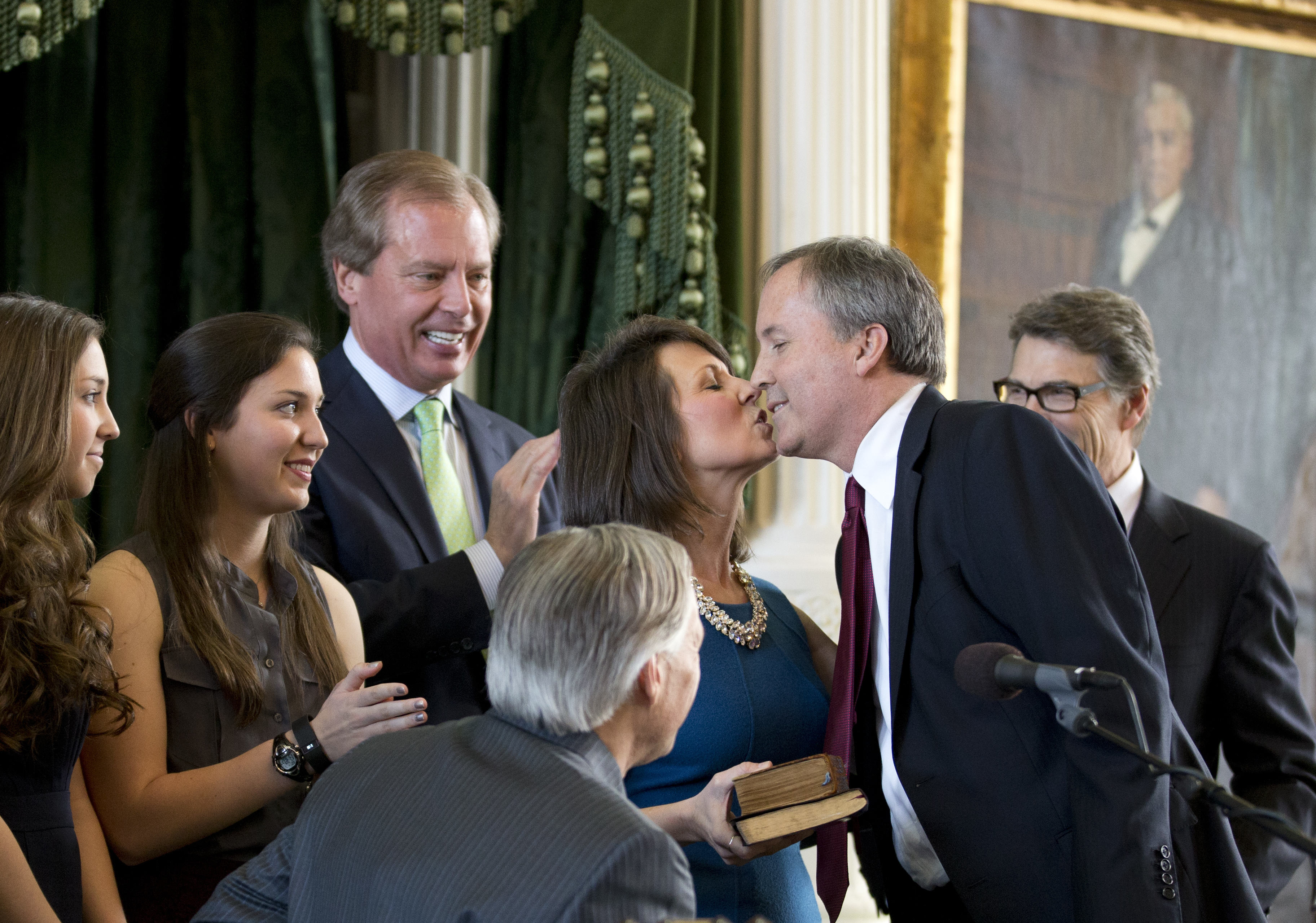 Paxton reportedly told The New York Times in a recent audiotaped interview published Tuesday that he was unlikely to support Abbott in the upcoming GOP gubernatorial primary. But within hours of the Times piece being published, Paxton completely denied having said that and instead accused the publication of being “fake news.” The article homed in on divisions between Texas Republicans who were previously tight during former President Donald Trump‘s tenure in office. The reporter who wrote the story rebuked the Paxton’s claim on Twitter Tuesday afternoon.

Abbott was among several Texas Republicans who in October expressed “serious concerns” over ongoing federal investigations into Paxton, including possible abuse of power, bribery and a quid pro quo arrangement tied to the attorney general’s alleged “mistress.”

Paxton sought to downplay his vehement pro-Trump stances, his presence in Washington during the January 6 Capitol riots and his criticism that Abbott should’ve reopened Texas from pandemic restrictions “a little bit earlier” than March 2.

“The way this typically works in a primary, is it’s kind of everybody running their own race,” Paxton told the Times. “I don’t think he supports me; I don’t support him.”

After the article was published by the newspaper Tuesday, Paxton tweeted: “Fake news@nytimes strikes again! Let me be clear: I support @gregabbott_TX! He’s a great Governor and a Great Texan.”

Abbott received blowback from many Texas Republicans who are even further to the right over his handling of the coronavirus pandemic. Many GOP lawmakers in the state, including Paxton, urged the governor to reopen the state from lockdown restrictions months before he did so in early March.

The Times’ national political reporter who conducted the interview with Paxton, Elaina Plott, appeared to refute his claim on Twitter Tuesday afternoon: “Hi AG Paxton, during our interview, which is on tape, you would not commit to supporting Abbott in his primary for governor,” she replied.

Still, many critics hopped onto his reported remarks as the latest evidence Abbott and Paxton may have fewer close friends in politics than they thought heading into the 2022 election.

Both Abbott and Paxton waited until the day of Biden’s January 20 inauguration to acknowledge and congratulate Biden on winning the election. But while the governor offered well wishes and prayed he’s “guided by God,” the attorney general facing numerous criminal allegations immediately vowed to challenge Biden at all costs.

Newsweek reached out to both Paxton and Abbott’s offices Tuesday for any additional remarks.