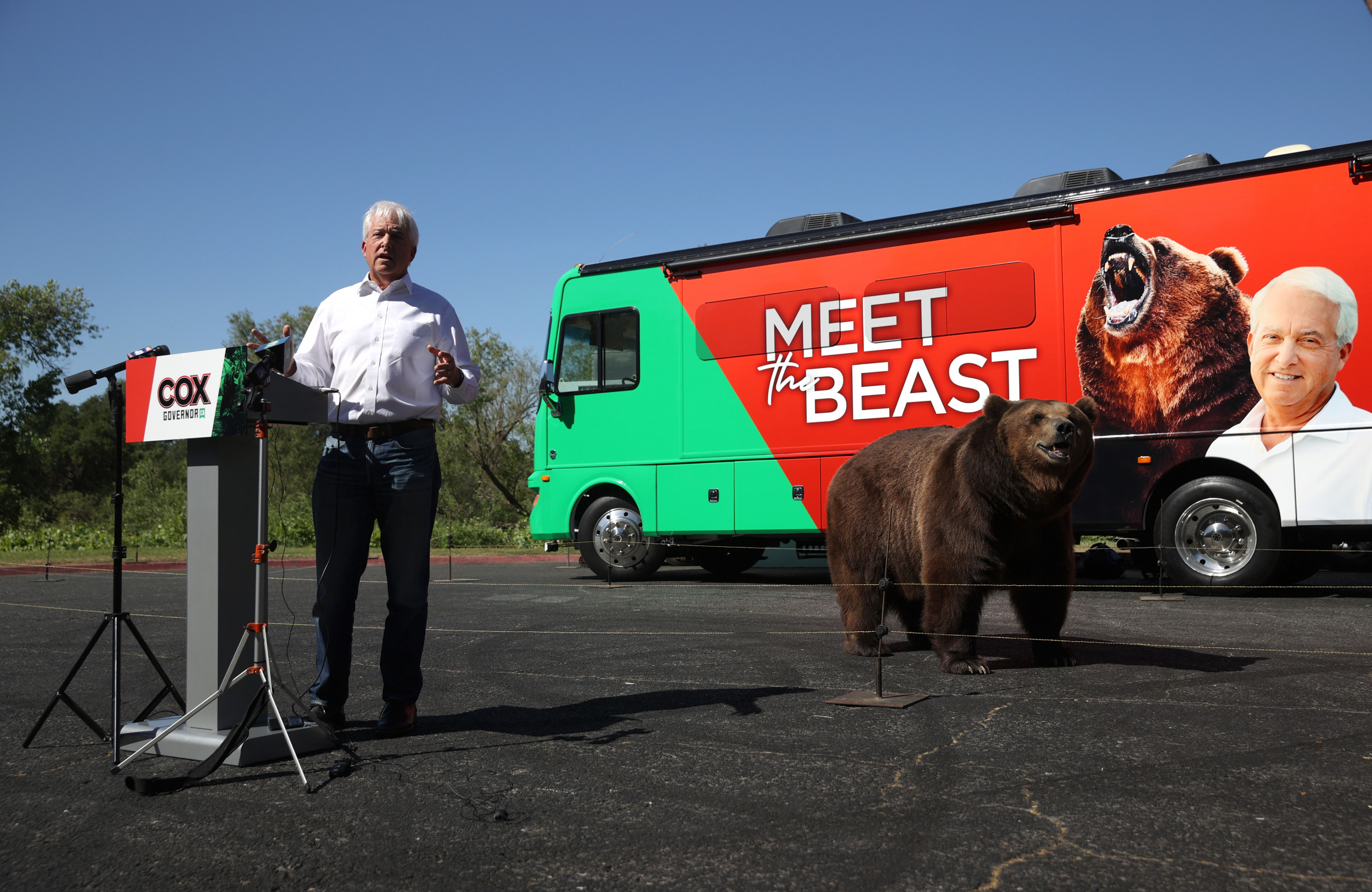 PETA has blasted Republican Joe Cox after he brought a 1,000-pound bear on the campaign trail in a bid to recall Gavin Newsom.

The animal rights organization hit out at Cox after the 65-year-old businessman launched a bus tour in Sacramento on Tuesday, where he appeared alongside a bear.

It reflects Cox’s campaign pitch where he promised to bring “beastly” changes to California and compared himself to “beauty” Newsom.

The Kodiak bear Tag features in a Cox advert where he vows to bring down housing costs, “deal with the homeless” and cut taxes.

But, while Cox described himself as the “nicest, smartest beast you’ve ever met” as he posed alongside Tag, reportedly from Steve Martin’s Working Wildlife, animal rights organization PETA told him to leave the bear alone.

PETA Foundation Associate Director of Captive Animal Law Enforcement, Debbie Metzler, said it was “shameful” the bear was being used in the campaign.

In a statement, she added: “Gone should be the days when wild animals were treated as toys or props, so it’s unfortunate and shameful that Tag the Kodiak bear has been exploited in this way.

“It’s also dangerous, given the bear’s long sharp claws, which can disfigure or even kill someone with one swipe. Bears need to be left alone to live a bear life, not confined to a pen on asphalt and wheeled out for events – and PETA urges anyone with an ounce of decency to keep dangerous wild animals out of their publicity stunts.”

Cox is looking to replace Newsom as governor of California, having lost to the Democrat in a landslide in 2018.

He now enters a crowded field of challengers who are looking to recall Newsom and become the first Republican governor to lead the state since Arnold Schwarzenegger stepped down in 2011.

Caitlyn Jenner launched her own campaign where she introduced herself as a Republican candidate for governor of California.

Jenner shared the clip on her Twitter account and captioned it: “I came here with a dream 48 years ago to be the greatest athlete in the world. Now I enter a different kind of race, arguably my most important one yet, because California is worth fighting for.”

The Republican first rose to prominence when she won the gold medal for the decathlon at the 1976 Olympic Games in Montreal.

She was again catapulted to the spotlight on the show Keeping Up With the Kardashians, which explored her relationship with her family.