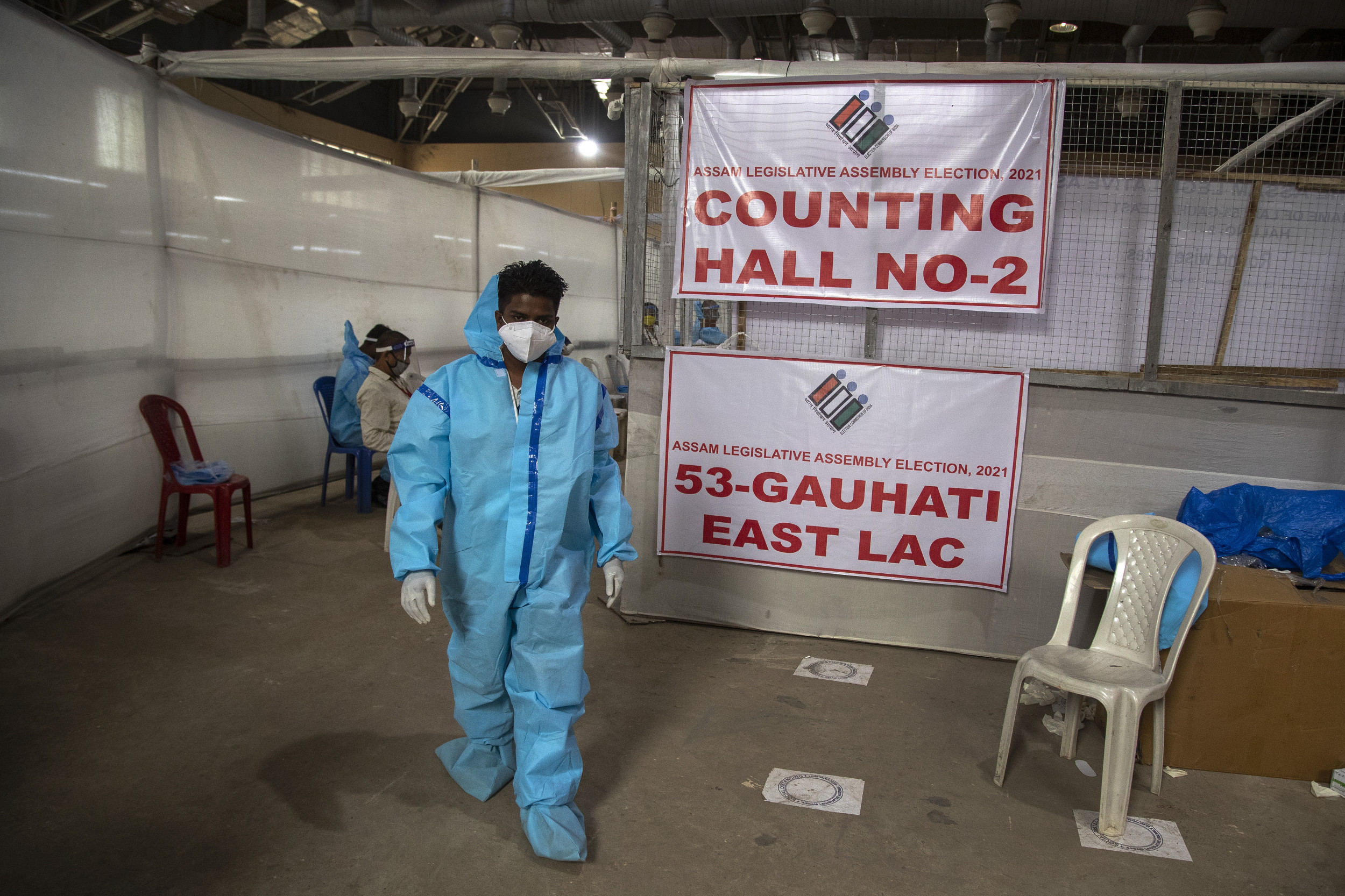 The High Court in the South Indian state of Tamil Nadu blasted India’s Election Commission for going forward with state elections as the country suffers from recent spikes in COVID-19 cases, the Associated Press reported.

The elections, which have caused public outrage due to health risks, led to public electoral rallies and marches in March and April that health experts believe contributed to India’s rising rates of infections.

“Your institution is singularly responsible for the second wave of COVID-19. Your officers should be booked on murder charges probably,” Tamil Nadu’s court said.

The court denounced the Election Commission for permitting crowded campaigns to occur.

Indian Prime Minister Narendra Modi suffered a resounding defeat in a key state election on Sunday, indicating his Hindu nationalist party’s political strength may be slipping as the country struggles to contain an unprecedented surge in coronavirus cases.

On Sunday night, Modi took to Twitter to congratulate rival Banerjee’s win. “The Centre will continue to extend all possible support to the West Bengal Government to fulfill people’s aspirations and also to overcome the COVID-19 pandemic,” he wrote.

His party also failed to win in two southern states, Tamil Nadu and Kerala. But the BJP secured a second term in the northeastern state of Assam and an alliance with regional parties led it to victory in the union territory of Puducherry.

Even before the current virus surge, Modi’s party faced stiff challenges in these local legislative elections. Following the disappointing results, Modi stands weakened but faces no threats to staying on as prime minister until his term ends in 2024.

“The BJP started running out of steam as the pandemic spread,” political analyst Nilanjan Mukhopadhyay said.

“The verdict in West Bengal state will definitely weaken Modi’s position,” he added, but cautioned that the results needed to be studied further to determine how much they were a referendum on the BJP’s handling of COVID-19.

In West Bengal, Banerjee’s All India Trinamool Congress picked up 213 seats out of 292, while the BJP secured 77, according to the Election Commission of India. Two went to other parties.

Supporters of the All India Trinamool Congress party—many without masks and ignoring social distancing guidelines—held victory celebrations and set off firecrackers in West Bengal after initial results were released.

Nationwide, death is so omnipresent that burial grounds are running out of space in many cities, and glowing funeral pyres blaze through the night. With the government unable to maintain a steady supply of oxygen to overwhelmed hospitals, desperate relatives plead for oxygen outside or weep in the street for loved ones who died waiting for treatment.

On Sunday, India recorded a slight drop in new infections with 392,488, down from a high of 401,993 in the previous 24 hours. It also reported 3,689 additional deaths, bringing the total number of fatalities to 215,542. Experts believe both figures are an undercount.

Modi’s party soared in Hindu-dominated regions in central and northern India since he was elected in 2014. The recent local elections were seen as crucial for the party to gain a foothold in three states that have sizeable minority Muslim populations. The Hindu nationalist BJP has for years been accused of stoking religious polarization and discriminating against minorities.

The prime minister also wants to project the BJP as a national party, replacing a dynastic Congress party that governed India for more than six decades after independence from British rule in 1947. The Congress party, led by Sonia Gandhi, did poorly in the recent elections, failing to capture power from the BJP in Assam or from Communist parties in Kerala.