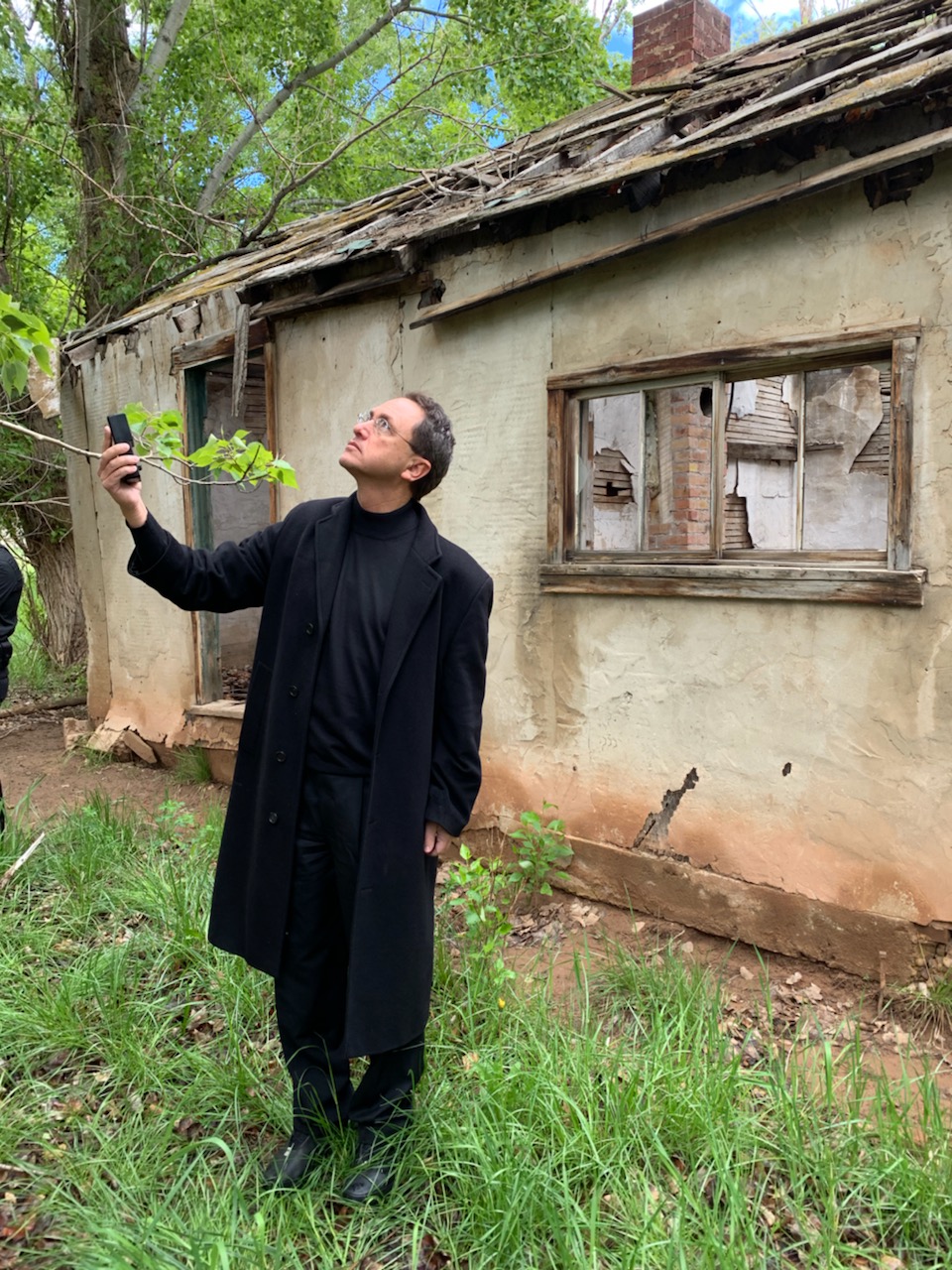 Five years ago, I entered a world wherein the concepts of interdimensional doorways, wormholes to distant worlds and interstellar spaceports were a regular part of the conversation.

Even though I was a skeptic, having never personally seen a “UFO,” a ghostly apparition, a luminous “orb” or any other paranormal event of these kinds, as a real estate investor, I was naturally intrigued by the opportunity to purchase and to personally explore a piece of what was referred to by some as “interdimensional” real estate. I suspected the most likely outcome would be that my findings would debunk any paranormal claims.

The journey that led to my purchase of a “paranormal hotspot”—one that has garnered significant attention and been studied by governments and private groups of scientists and researchers alike—began over a decade ago, when I established relationships of trust with scientists involved in the domain of speculative physics. Little did I know at that time that these individuals were science advisors to the elusive aerospace billionaire, Robert Bigelow, or that these individuals would subsequently extend an invitation to engage in a discussion regarding the mysterious 512 acre property in north eastern Utah known as Skinwalker Ranch.

I remember my nervous curiosity as I flew into Las Vegas to meet personally with Mr. Bigelow to tour his impressive facility and to discuss the acquisition of the infamous property. As I was escorted by security personnel into the large compound, the Bigelow Aerospace facility conjured to mind a “James Bond” villain lair, complete with full-scale models of space stations and highly secure laboratories. “Impressive” doesn’t quite convey what I saw. After visiting with Mr. Bigelow and his team of scientists, I became more intensely curious than ever.

I still believed that there was likely to be a perfectly natural, prosaic explanation for what had been claimed for decades, including UFO sightings, daylight cattle mutilations, “orbs” and unexplained, sometimes troubling phenomena, but the prospect that this mysterious ranch could potentially serve as a living laboratory—one in which I might study and personally contribute to the rigorous documentation of such claims—captured my interest on a very profound and personal level.

Mr. Bigelow had purchased the property years prior, in 1996, following news reports alleging that the family who had owned the land had been terrorized and were being menaced by “paranormal phenomena” on the ranch. There were claims that prized cattle were being dissected with surgical precision and drained of their blood and that the family, like others in the area, were witness to bizarre things on the ground and in the skies above. After flying in to inspect the property and to strike a deal with the family to acquire this apparent epicenter of so many strange events, Bigelow had installed his own team of scientists to study the claims of phenomenology by any and all means at his disposal.

By 2008, Skinwalker Ranch had caught the attention of former Senator Harry Reid and officials from the U.S. Defense Department. They visited the ranch and afterwards, Bigelow became part of a classified program to investigate the possibility of such phenomena, known as the Advanced Aerospace Threat Identification Program (AATIP).

My own first visit to the Skinwalker site took place just days before closing on the purchase. I arrived via helicopter to inspect the ground for myself. As we hovered over the property, I was struck by the diversity of the landscape and natural beauty on display, including a brilliant, multicolored mesa plateau with caves, abandoned homesteads, meandering waterways and what appeared to be several guard towers surrounded by high fencing with razor wire.

Upon touching down in the field outside of the main ranch house, we were greeted by Mr. Bigelow’s armed security, and soberly escorted on a tour of the entire property. Among the more curious and memorable sights during that first visit were what appeared to be animal remains deliberately hung on the fence perimeter bordering with the surrounding Native American land.

We then discussed the history of the property, including the claim that a curse of some kind had been pronounced on the land as a result of conflict between Native American tribes. The legend suggests the property is placed squarely in “the path of the skinwalker.” In Navajo culture a skinwalker is a shape-shifting demonic witch or other entity. Such were the stories connected to the property of which I would become the principal steward.

The first six months of my ownership of the ranch were relatively uneventful, with exception of my newly installed security personnel capturing photographic and video records of unusual objects that we were unable to identify, hovering over the land in broad daylight. I remained skeptical, naturally, as to their nature but also curious and cautiously open-minded. Even to a pragmatist, it appeared that something quite unusual may, indeed, be happening on this property.

And then, one day in the Autumn of 2016, my outlook on the ranch and the narratives bound to it completely changed. I observed with my own eyes what I believe to be a “flying saucer” in broad daylight just above the mesa, as I traveled eastward returning along the dirt road from the western extreme of the property, with multiple witnesses at my side. From that point forward, installing an appropriately instrumented observational, scientific surveillance program became the top priority in my stewardship.

People often ask me, “Are you a believer”? My honest answer is, “No. I am an experiencer.” I don’t believe, per se, but I believe what I saw and I am convinced that we continue to witness unusual activity that I cannot personally explain. Others are interested, too. The award-winning rapper, singer and producer Post Malone visited Skinwalker Ranch in February 2021 and I gave him a tour of the property.

We have yet to determine the nature, the origin and agenda, if any, of the phenomenology attached to this so-called paranormal site. And, the validity of UFOs and paranormal activity in general remains to be proven real. But my team and I are convinced that we are encountering activity at Skinwalker Ranch that is unusual and not easily explained.

My perception of the world and universe has been forever changed by my experiences. Now, I believe the adventure of owning this “paranormal” property is just beginning.

Brandon Fugal is chairman of Colliers International in Utah, former EY Entrepreneur of the Year, serves on the Governor’s Economic Council, has co-founded several technology companies, and is co-executive producer of the hit series “The Secret of Skinwalker Ranch” on The HISTORY Channel premiering May 4 at 10/9c. He can be followed on Twitter @BrandonFugal or LinkedIn.

All views expressed in this article are the author’s own.