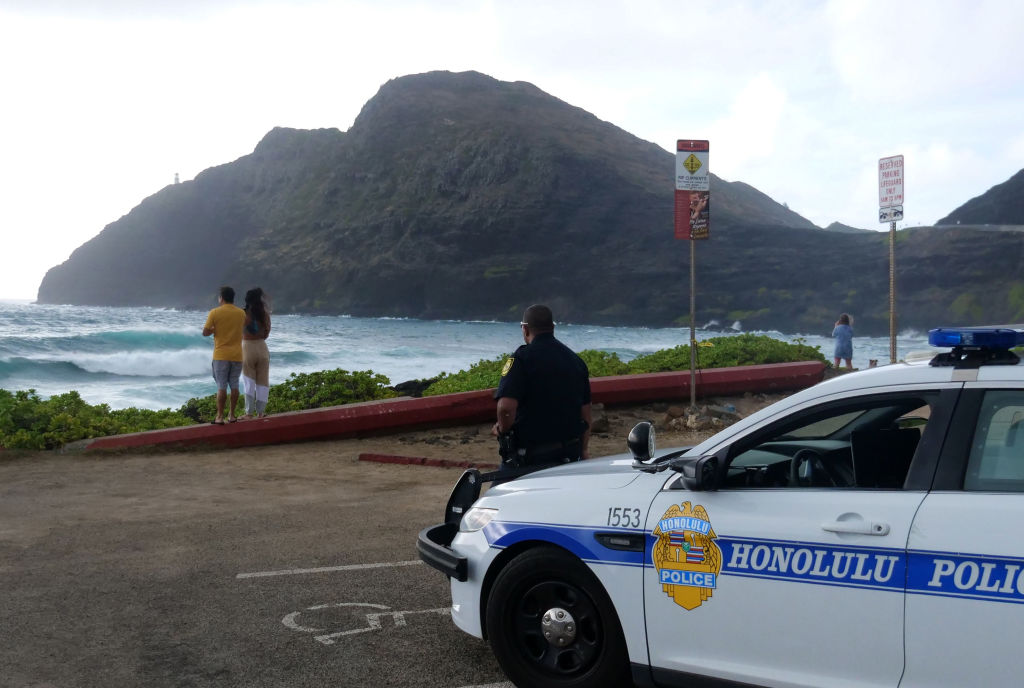 Police in Hawaii have been called to investigate a skull found close to a highway on Wednesday they said may belong to a missing person.

The discovery was made by a pig hunter in foliage alongside the Likelike Highway, near the Burmeister Overpass.

“I shined my light on it, and it was a skull. It was really white and it looked real, so I called my wife and then I called the police,” the unnamed hunter said, according to Hawaii News Now.

“I went in with the officers and we went look around and no more body. And the pigs no carry bones like dogs so they only went knock ’em around so that means if no more body the thing was just dumped the head.”

The skull, which had two teeth, was found just 20 feet from the highway. The right, eastbound lane of the highway close to the tunnel for the Burmeister Overpass was shut for several hours while police investigated.

According to Hawaii News Now, police at the scene said it was likely to be an adult skull that was less than 10 years old. No other remains were located in the surrounding area.

KHON2 reported that an archaeologist was also at the scene but failed to determine if the skull had been left at the site recently or was ancient.

Police reportedly said they would not launch a homicide investigation and suggested the skull could belong to a missing person.

Officers from the Department of Land and Natural Resources attended along with a medical examiner.

In cases such as these, medical examiners are often called on to inspect bones and try to determine a person’s identity and cause of death.

Newsweek has contacted the Honolulu Police Department for comment.

The Likelike highway—named after Hawaiian Princess Miriam Likelike, sister of King Kalakaua and Queen Liliuokalani, Hawaii’s last reigning monarchs— is also known as Route 63. It is a state highway linking Honolulu with Kaneohe.

Honolulu Crimestoppers has 37 missing persons records on file, some of who have been missing for more than a decade.

Combing missing persons reports when human remains are found is a common line for investigating officers.

When parts of a skeleton were found in grass behind a home in a Honolulu suburb in 2008, police searched missing persons reports as part of their investigation.

The skeletal remains were sent to a medical examiner who inspected the bones and tried to determine the person’s identity and cause of death.