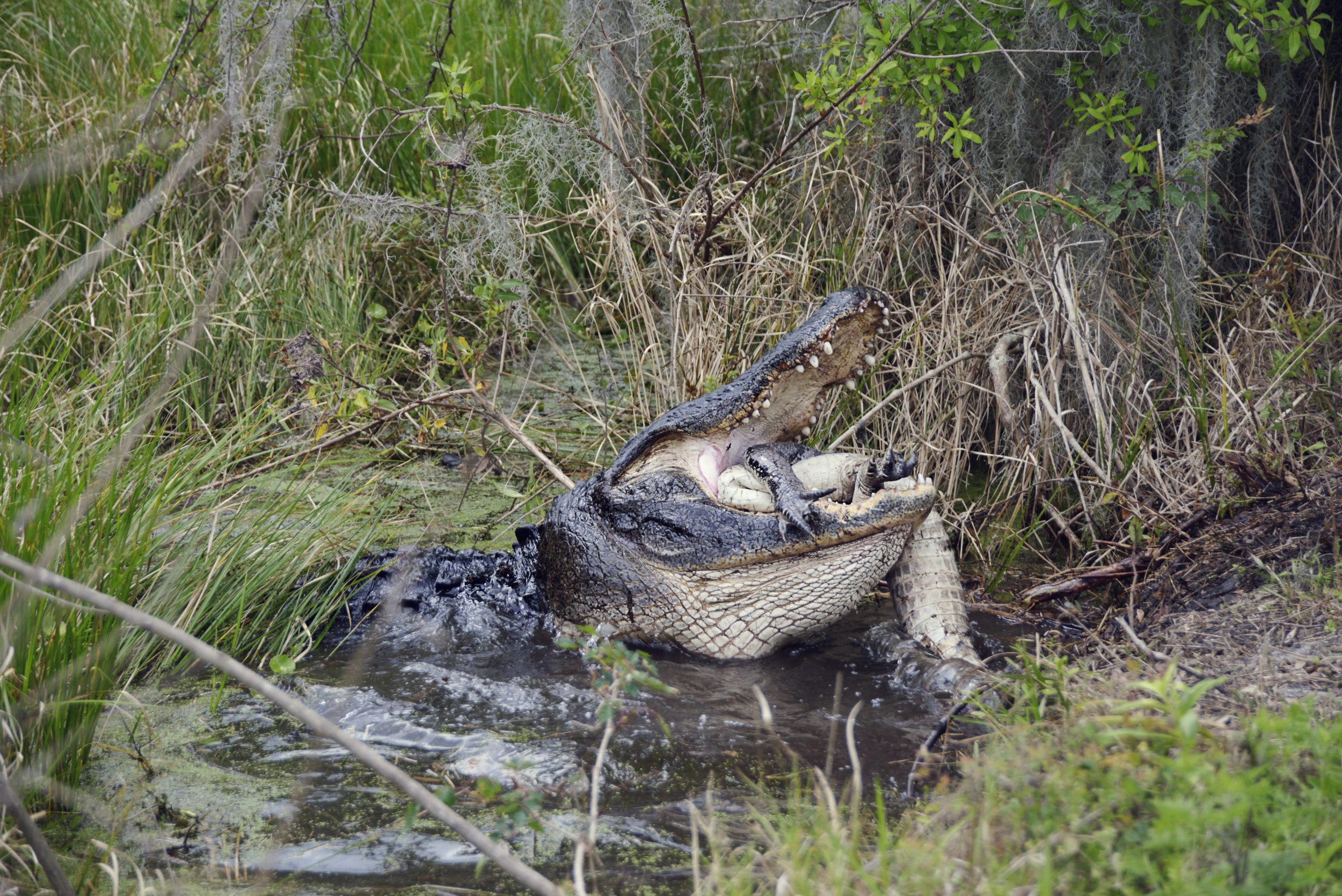 A video of a giant alligator swimming the rotting remains of another gator clamped in its jaws is going viral online.

The chilling clip was filmed in North Carolina by a local resident, who calls himself Jeff Dulclos.

Posting on TikTok under the name Jeffd123, the short clip shows a huge alligator casually swimming under a walkway.

In its vast jaws the tail of another, smaller alligator, which judging by the color is in an advanced state of decomposition.

Jeff captioned the clip: “Bad day to be that guy.”

It’s unclear how the gator died, but alligators are known cannibals who regularly eat younger reptiles.

He told Fox13 News: “It’s typical alligator behavior. They are cannibalistic at times. What alligators will typically do is they’ll take that animal and stuff it some place for a week or two until it gets nice and soft and they can tear it apart.”

It appears that’s what could have happened to the victim in the video, but as gators are also scavengers the larger creature may have also stumbled across a free meal.

The clip has since gone viral online, and TikTok later added a warning to the video, saying: “This video may contain disturbing content. Viewer discretion is advised.”

The video has racked up scores of horrified comments, as people speculated how big the gator was.

TikToker JasonFourCheese wrote: “You can tell the tail been dead a while. They like to stash their food sometimes in the water till it starts to rot.”

RBI thought: “Looks like he scavenged it or had it hidden away as a late night snack. Any idea length?”

And Lientje353 asked: “And you are just standing there on that simple wooden bridge? Omg I would have run so hard.”

“They are cannibals. I’ve seen them rip each other apart a couple of times in Florida gator attractions,” Gerald McNa pointed out.

Another giant gator hit the headlines last week, when the reptile stopped traffic across a busy intersection on the I-75, near Ocala, Florida.

The giant gator decided to take a nap in the middle of the busy road, and needed a police escort to eventually get back to some water.

Footage of the beast was uploaded to TikTok by a passenger stuck in the traffic jam the gator was causing, which later went viral.

Rlshama confirmed: “The cop helped him get to the lake across the street but I couldn’t record that part since we had to go.”