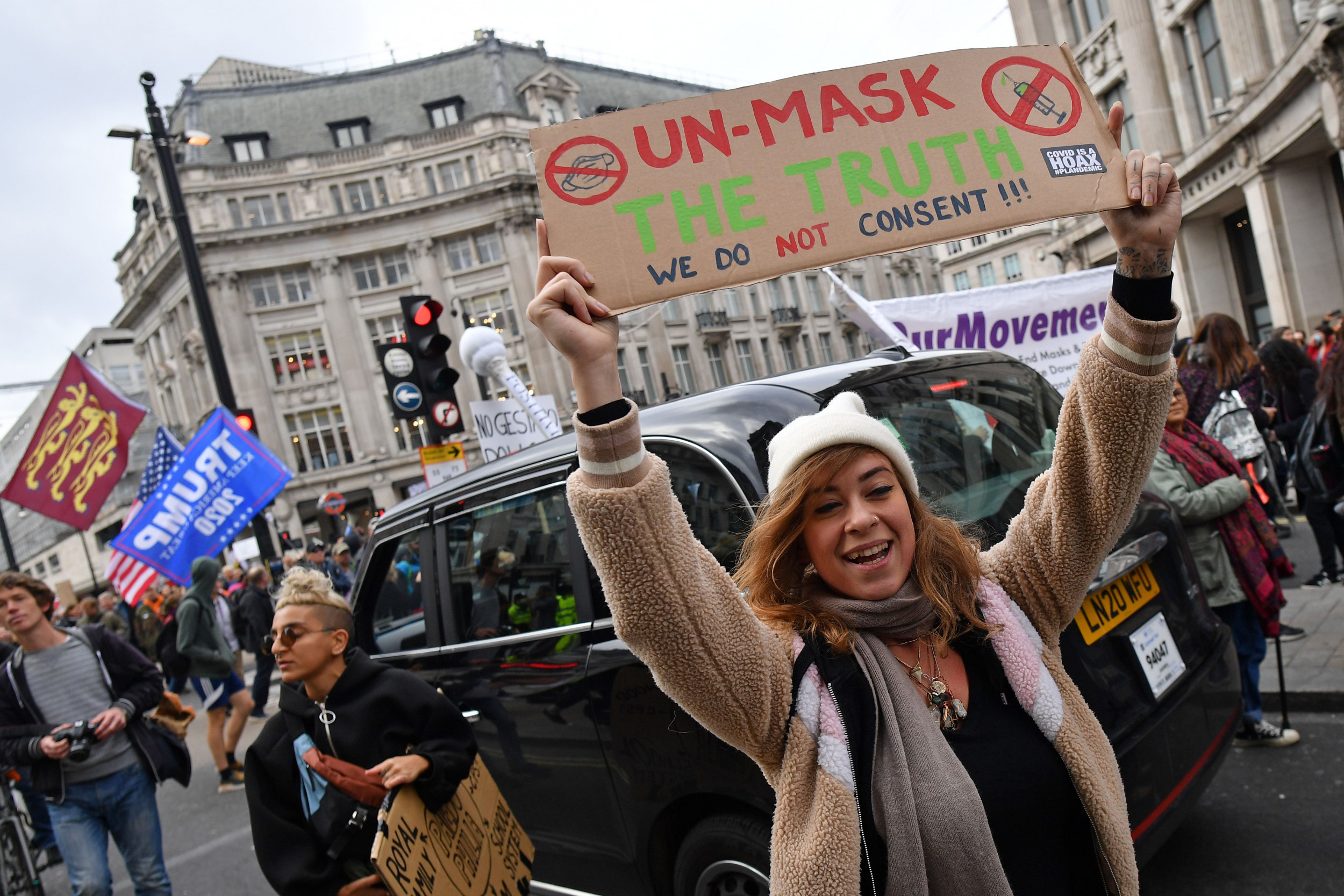 David Nogaki, the owner of The Athlete Engineering Institute in New Jersey, posted the information about his cards to his business Instagram and Facebook pages on Monday. Both posts post have since been deleted.

“Fresh off the presses… I have your personal mask exemption card!” he wrote. Claiming it was “legitimate” and “the law,” he told followers: “You don’t have to wear the useless and harmful mask and this card will help back off every overenthusiastic Covidiot store employee.”

He further alleged that “masks have been proven … to not work,” despite current CDC and FDA recommendations in keeping with current COVID-19 studies.

“So, they are just a compliance test by an increasingly fear-mongering and authoritarian government,” Nogaki baselessly claimed.

However, his social media posts have divided Americans. Loyal followers of his small Instagram and Facebook accounts reacted favorably to his proposition.

“Omg I need 2 so badly,” one user wrote on Instagram. “I was in a house explosion and I have a list of disabilities … and wearing the masks [are] damn near impossible for me[,] they hurt my lungs so badly.” A Facebook commenter wrote, “Gotta have one of those!”

Meanwhile, Reddit users have called out the alleged health professional, claiming he was blocking users who do not agree with his statements. “Anyone dumb enough to think they can buy one of these and expect it to work deserves to lose their money,” one wrote.

“You can laminate a handwritten note from the president himself and I still won’t let you in my restaurant without a mask on,” another chimed in.

Nogaki wrote that he allegedly has 100 “mask exemption cards” and that he is “more than happy to give [them] out to whoever will use it.”

“This will not end until people stop complying and create a wave of confidence in our god-given immune systems,” he added.

This is not the first time since the beginning of the pandemic someone has tried to pass off fake exemption cards. In June 2020, a Facebook group called the Freedom to Breathe Agency promoted laminated cards featuring a fake Department of Justice seal.

It falsely claimed that “under the Americans with Disability Act, [cardholders] are not required to disclose [their] condition” and that they did not need to wear a face mask in public. The DOJ later released a statement in response, calling the cards fraudulent and clarifying that they were not issued by any government agency.

Newsweek reached out to Nogaki, but he did not immediately respond to request for comment.