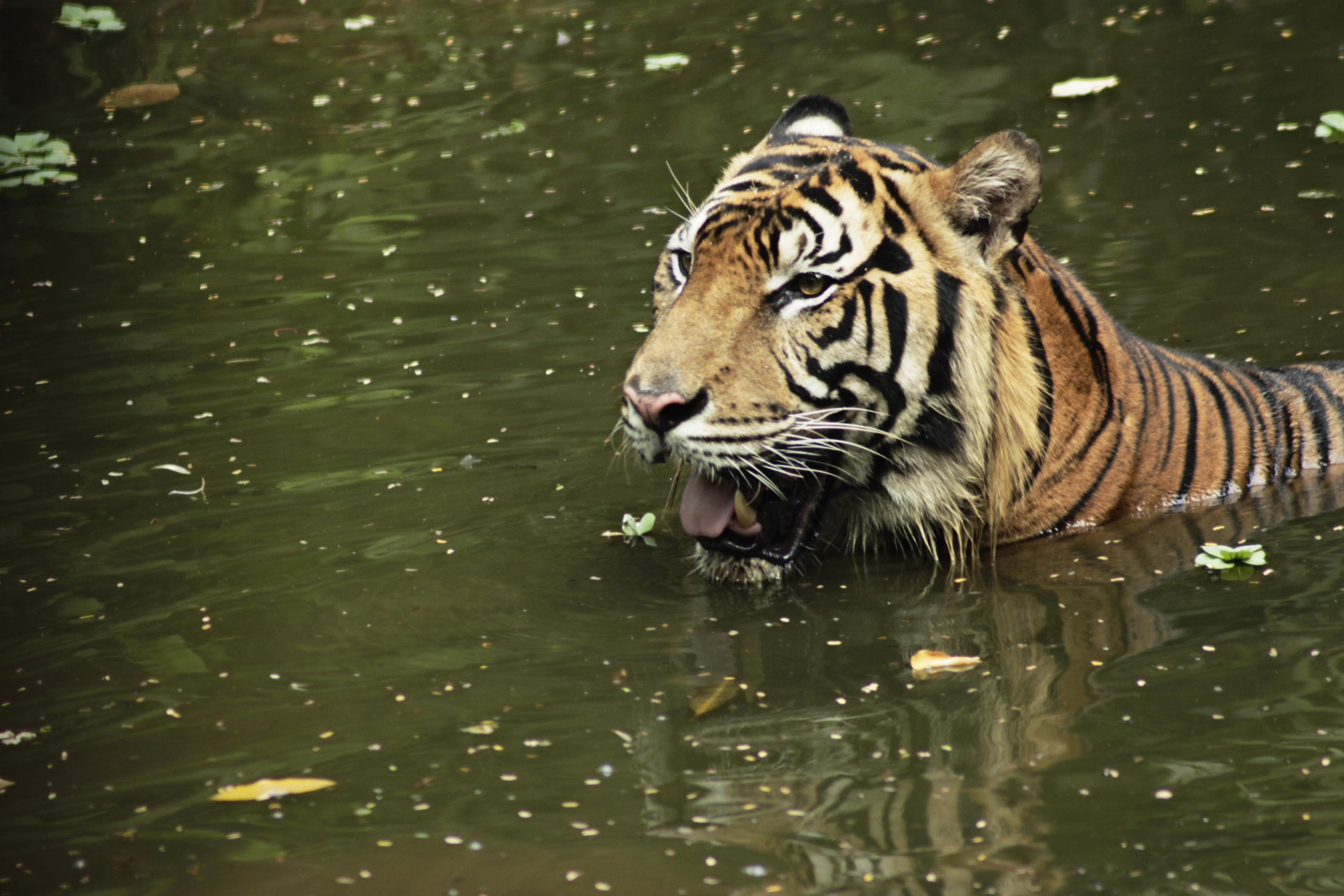 A duck outsmarted a tiger by hiding under the water in a video being shared on social media.

In the clip, the tiger appears to be hunting the duck, but every time it lunges, the huge animal ends up splashing around empty-handed, as the duck disappears under the water only to appear at another spot in the pool.

The tiger looks around confused until he is alerted to the duck’s location by its quacking. But without fail, the duck is able to disappear underwater before the tiger can pounce.

The video has been viewed more than 300,000 times on TikTok, and it was also shared on Reddit where it received more than 46,000 upvotes.

Social media users were impressed by how quickly the duck is able to dodge the tiger’s claws and joked about how the duck actually has the upper hand.

Someone replied saying: “Seriously, and the duck has to keep it up until the tiger gives up or he’s a meal.” Another said: “Plot twist: The duck is actually hunting the tiger. By wearing it out the tiger will collapse in exhaustion in the pool and drown. Then the duck will feast.”

On TikTok, one viewer said: “It’s all fun and games until the duck comes up in front of the tiger.”

Many viewers compared the video to The Big Bang Theory scene in which Sheldon Cooper, (Jim Parsons), hides from his friend Leonard Hofstadter (Johnny Galecki), by ducking under a ball pit. Like the duck hiding from the tiger, Cooper repeatedly escapes Leonard by hiding under the balls, only to reappear and saying “bazinga,” teasing his friend.

Although it may appear that the duck doesn’t stand a chance, its tactic of ducking under the water may actually work to tire the tiger out before making an escape.

In 2017, as seen in the video by Symbio Wildlife Park in Sydney, Australia, at the top of this page, a tiger is seen stalking a duck around a pool, repeatedly lunging but missing the bird every time. The tiger eventually crawls out of the water, defeated.

It is unclear where the latest viral video was filmed, and whether or not the duck ended up in the pool voluntarily, but throwing a live duck into a tiger’s enclosure is not unheard of. In 2012, Wenling Zoo, in eastern China, gained widespread attention when it threw a live duck and a live rabbit into the tiger’s enclosure to help the animals’ wild hunting instincts.