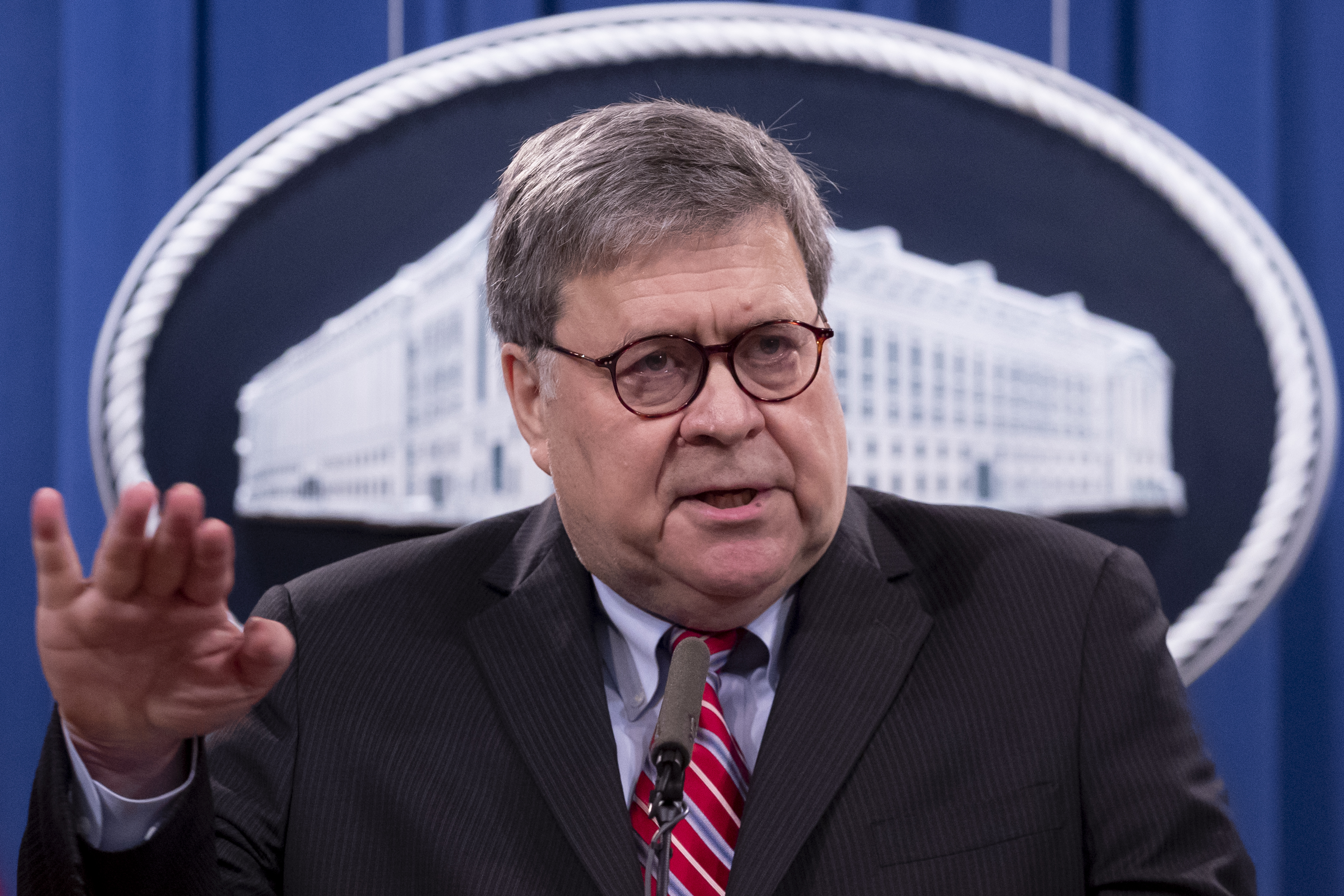 U.S. District Judge Amy Berman Jackson had harsh words Monday for former Attorney General William Barr, saying the Justice Department should not have withheld a memo from a watchdog group.

Citizens for Responsibility and Ethics in Washington (CREW) requested a March 24, 2019 memo prepared for Barr via the Freedom of Information Act (FOIA), but the request was denied. At the time, the DOJ said the memo was protected from being disclosed as it was legal advice.

However, Jackson ruled that the memo actually contained “strategic, as opposed to legal advice.” In addition, she said the writers of the memo already knew that President Donald Trump would not be prosecuted.

“In other words, the review of the document reveals that the Attorney General was not then engaged in making a decision about whether the President should be charged with obstruction of justice; the fact that he would not be prosecuted was a given,” she said.

A federal judge has ordered the release of a legal memorandum the Trump-era Justice Department prepared for then-Attorney General Barr before he announced his conclusion that Trump had not obstructed justice during the Russia investigation.

The Justice Department had refused to give the March 24, 2019, memorandum to a government transparency group that requested it under the Freedom of Information Act, saying the document represented the private advice of lawyers and was produced before any formal decision had been made and was therefore exempt from disclosure under public records law.

But Jackson, in a sharp rebuke of Barr, said the Justice Department had obscured “the true purpose of the memorandum” when it withheld the document.

She said the memo from the Justice Department’s Office of Legal Counsel contained “strategic, as opposed to legal advice” and that both the writers and the recipients already understood that Trump would not be prosecuted. Though government agencies may withhold from disclosure documents that reflect internal deliberations before a decision is made, that protection does not apply in this case since a conclusion had already been reached, the judge wrote.

“In other words, the review of the document reveals that the Attorney General was not then engaged in making a decision about whether the President should be charged with obstruction of justice; the fact that he would not be prosecuted was a given,” Jackson said in an order dated Monday.

The decision by Barr and senior Justice Department leaders to clear Trump of obstruction, even though Mueller and his team pointedly did not reach that conclusion, was a significant moment for the president that he touted as vindication.

Barr issued a summary of Mueller’s report a full month before the entire 448-page document was released, helping shape the public perception of the investigation’s conclusions in a way that was favorable to Trump. Mueller subsequently complained to Barr that his summary had not fully captured the investigation’s findings and had caused “public confusion.”

In her order this week, Jackson chastised Barr for his general handling of the Mueller report, saying his “characterization of what he’d hardly had time to skim, much less, study closely, prompted an immediate reaction, as politicians and pundits took to their microphones and Twitter feeds to decry what they feared was an attempt to hide the ball.”

She also noted that another judge had rebuked Barr last year for what he said were misleading public statements that spun Mueller’s findings in the president’s favor.

Citizens for Responsibility and Ethics in Washington filed a public records request seeking communications about the obstruction decision after Barr said that he and other senior officials had reached that conclusion in consultation with the Office of Legal Counsel, which provides legal opinions to executive branch agencies.

At issue in a lawsuit pending before the judge were two particular documents the group wanted.

Jackson ruled that one of the documents, described by a Justice Department official as an “untitled, undated draft legal analysis” that was submitted to the attorney general as part of his decision-making, was properly withheld from the group.

But she ordered the release of the other memo, which concludes that the evidence assembled by Mueller’s team would not support an obstruction prosecution of Trump.

In her order, Jackson noted that the legal memo prepared for Barr, and the letter from Barr to Congress that describes the special counsel’s report, were “being written by the very same people at the very same time.

“The emails show not only that the authors and the recipients of the memorandum are working hand in hand to craft the advice that is supposedly being delivered by OLC, but that the letter to Congress is the priority, and it is getting completed first,” the judge wrote.

The judge said the Justice Department has until May 17 to file any motion to stay the order.