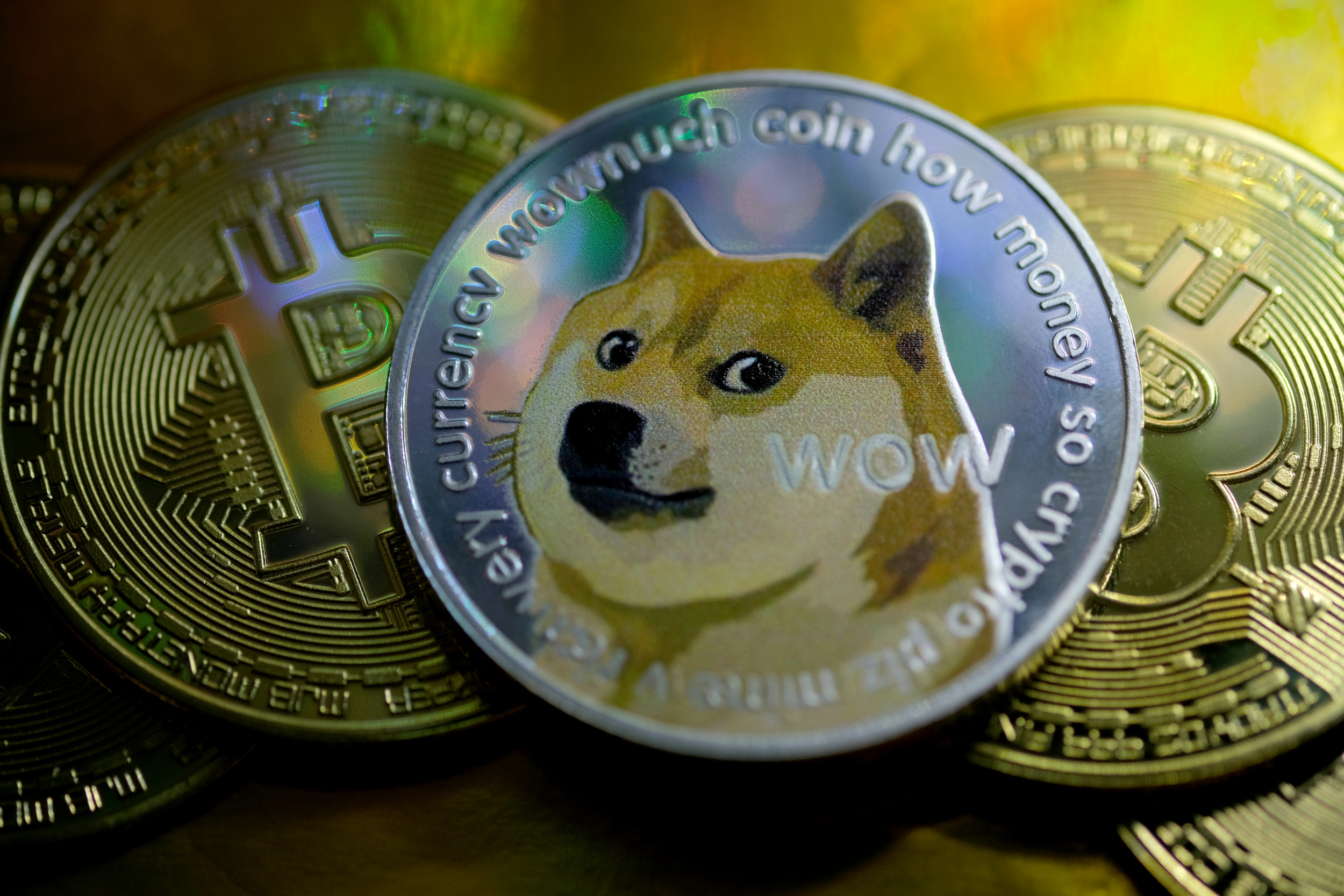 Dogecoin, the cryptocurrency that began as a joke when it launched in 2013, is now worth more than General Motors (GM), the American carmaker founded in 1908, based on market cap value.

On Wednesday, Dogecoin’s market cap value—the total market value of the circulating supply of a cryptocurrency—hit a reported $87.1 billion, according to CoinMarketCap.

The meme cryptocurrency’s market cap value was higher than that of GM, which was recorded to be around $80.3 billion on the New York Stock Exchange (NYSE)/Nasdaq at the time of reporting.

Dogecoin (listed as DOGE on the cryptocurrency market) was priced at around $0.66, marking around a 53 percent rise in the last 24 hours. The price reached as high as just over $0.69 at one point in the same time period, according to CoinMarketCap.

Its 24-hour trading volume was at over $52.3 billion on Wednesday, marking a 271 percent increase in the same timeframe, according to CoinMarketCap.

Dogecoin’s latest market cap value was also more than double that of Twitter. The social media platform’s market cap was listed at around $43.4 billion on NYSE at the time of reporting.

The joke cryptocurrency ranked 138th in a list of top assets by market cap on AssetDash, a leaderboard for assets. GM ranked 155 and Twitter ranked 290.

The price of dogecoin has seen a series of surges in recent months, including in mid-April. The cryptocurrency hit a new all-time high, as the value of a single dogecoin surpassed 20 cents for the first time on April 15.

Its value soared from late January, rising by more than 800 percent at one point. The price flattened out from mid-February and climbed on a sharp incline from early April, according to data from CoinMarketCap.

Its price surge has been helped by social media buzz, with nods from public figures such as Tesla CEO Elon Musk and several celebrities, as well as more recently from Slim Jim, the American snack brand.

Dogecoin’s price hike on April 15 reportedly came after a shout-out from the CEO of Conagra Brands, the parent company of Slim Jim. The meat stick brand has been tweeting about Dogecoin from early March.

The Twitter account of Slim Jim saw a 160 percent increase in followers after it began engaging with Dogecoin content. Its tweet impressions also soared, receiving 35 million impressions in 25 days, according to Conagra CEO Sean Connolly, CoinDesk first reported on April 15.

“We’ve seen a market uptick in audience interaction, including direct engagement and advocacy from the person that created Dogecoin,” Connolly said on an earnings call at the time.