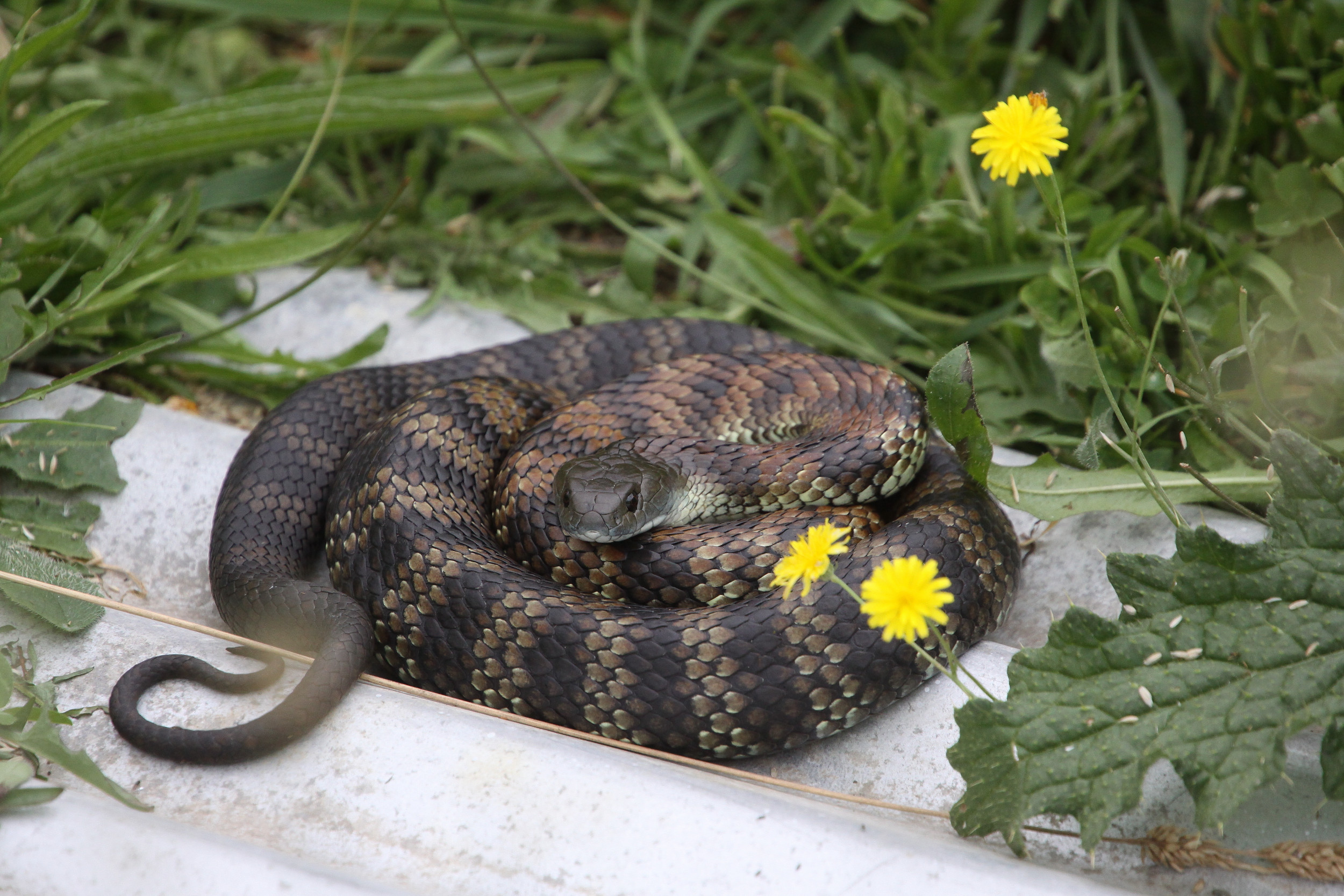 An Australian fisherman who found a deadly snake in his small boat around 7 miles off the coast of a large lake had to ride to safety with the reptile in the vessel.

On Thursday, Bob Thatcher was out on Lake Wellington near the coast of the southeastern state of Victoria, when he spotted a tiger snake, according to a Facebook post by Gippsland Snake Catchers. The snake was 3.5-foot-long, meaning it was slightly smaller than the average 3.9 ft adult length. Such snakes are known to be aggressive and have highly toxic venom that can in some instances kill within 30 minutes.

The 80-year-old retired banker had hoped to catch some bream when he set off in his 6ft by 4ft boat, he told The Guardian.

He told radio station 3AW: “It was only about 30 cm from my foot when I noticed it [the snake] and… that put the heart rate up quite considerably.”

The fisherman said he stood still in the boat to see what the snake would do. After a few minutes it went behind some tackle where it slithered around, he said.

This gave Thatcher time to think, and he decided to head back to the boat ramp. First, he had to get the anchor up by sneaking past the snake while keeping a watchful eye on it.

“As I was going across I made a couple of phone calls and got no answers for a while until my son rang me back, wondering what was going on. And I told him my predicament and I asked him to see if he could find a snake catcher,” said Thatcher.

The lake was calm at the time, meaning Thatcher was able to make it back to the boat ramp in around 30 minutes.

At the shore, Thatcher was met by the snake catcher. “Then we had a little bit of a problem as we were moving the tackle away so he [the snake catcher] could get a decent grip of the snake. It went down a hole in the floor of the boat into the bilge so we couldn’t get at it,” he said.

Every time the catcher tried to grab the snake when it poked its head out of the hole it shot back down.

It was decided that getting the boat out of the water was the best option. Once Thatcher started to drive the boat up the ramp it tilted to an angle the snake “didn’t like,” he said. The snake came out onto the floor of the boat, and the catcher was able to grab it.

“That was a big relief to see him all caught and not have any more problems,” said Thatcher.

The fisherman said he was lucky that he had not encountered the snake a few days before when he hit a log and broke a propeller blade off the boat. As the water was rough, it took around two and a half hours to get back to the boat ramp that time.

“I wouldn’t have liked to have had a snake slithering around for two and a half hours,” he said.

Baden Peter of Gippsland Snake Catchers who helped Thatcher told The Guardian: “We think it might have been swimming and it thought Bob’s boat was dry land – that’s the idea I’m leaning towards.”