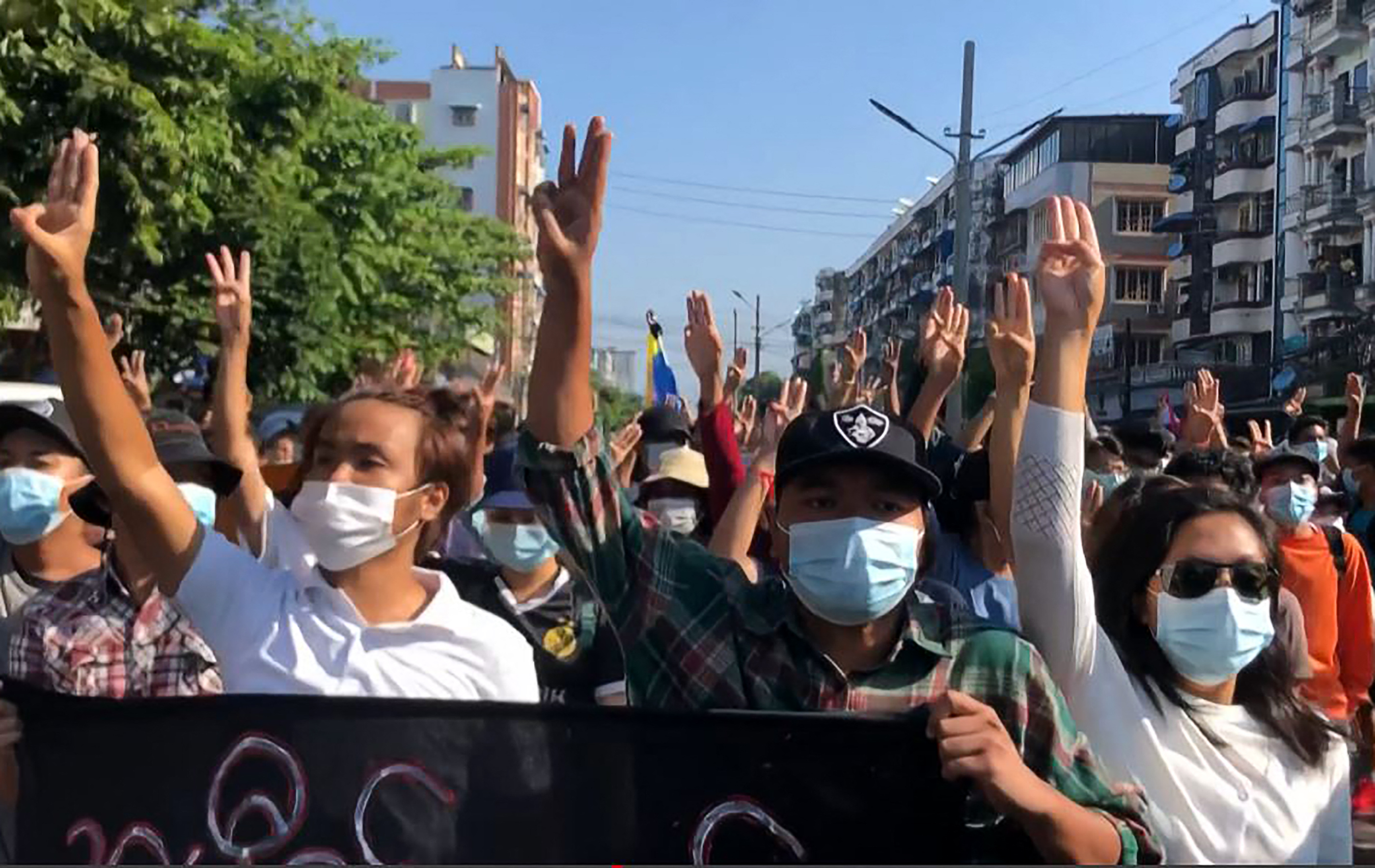 China’s U.N. ambassador on Monday issued strong support for “diplomatic efforts” to help end the military coup in Mynamar but stopped short of imposing sanctions against the embattled country.

“It’s mainly an issue relating to the difference on the election,” Zhang Jun said, according to the Associated Press. “The political parties should be able to find a solution on that. So that’s why China prefers…more diplomatic efforts.”

Zhang added that China is strongly backing efforts by the Association of Southeast Asian Nations (ASEAN) and the U.N.’s special envoy on Myanmar, Christine Schraner Burgener, to prevent further violence or the possibility of a Myanmar civil war.

“China is working very closely with the relevant parties, urging them really to refrain from going extreme, avoiding violence, avoiding casualties and try to find a solution with dialogue. That’s why the [Security Council] is also now giving full support to the diplomatic efforts of ASEAN,” Zhang said.

The U.N. Security Council on Friday strongly backed calls by Southeast Asian nations for an immediate cessation of violence and talks as a first step toward a solution following the military coup in Myanmar that ousted civilian leader Aung San Suu Kyi and her party

The council again demanded the restoration of democracy and the release of all detainees including Suu Kyi and condemned the use of violence against peaceful protesters and the deaths of hundreds of civilians.

Myanmar for five decades had languished under strict military rule that led to international isolation and sanctions. As the generals loosened their grip, culminating in Suu Kyi’s rise to leadership in 2015 elections, the international community responded by lifting most sanctions and pouring investment into the country. The coup took place following November elections, which Suu Kyi’s party won overwhelmingly and the military contends was marred by fraud.

Zhang said China is also very concerned about the humanitarian impact of the crisis, citing Burgener, who pointed to more poor people losing jobs, civil servants refusing to work to protest the junta, and a brewing crisis of families in and around the main city Yangon “pushed to the edge” for food, going into debt and trying to survive.

In her briefing to the council Friday, obtained by the AP, she also cited a World Food Program report that said the combination of existing poverty, the coronavirus pandemic and the political crisis have led to a sharp rise in “hunger and desperation,” and that within six months up to 3.4 million more people will suffer from hunger, particularly those in urban areas.

In again urging a diplomatic solution, Zhang warned that with further deterioration “definitely a humanitarian disaster or crisis will be inevitable so we do need to try our best to avoid that.”