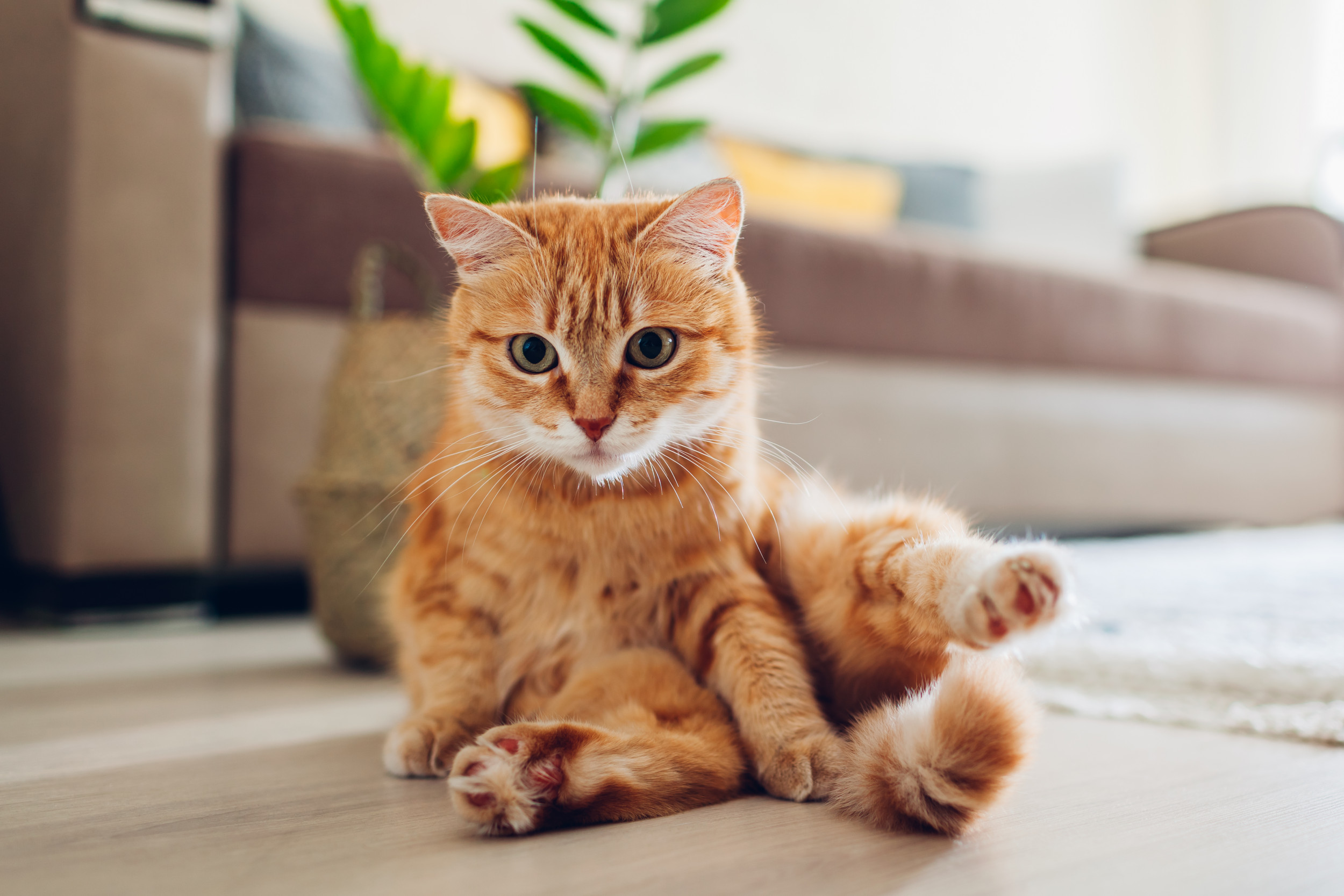 Cats are not known for helping around the house.

In fact, anyone who has their own feline friend will know they have a knack of being rather inconvenient.

Whether it’s sitting on your keyboard when you are trying to work from home, or settling into your shopping bags before you have unpacked them, cats are always up to something.

After all, it is their world and we are just living in it.

However, in a video posted to Twitter account @nocatplaces on May 4 the role of the much-loved pet has been hilariously subverted, and a tabby can be seen meticulously tidying up a house.

In the footage, in which the cat is clearly being held by the owner off-camera, the animal first scrubs a pot with a yellow sponge.

Next, the pet takes to the glossy stone kitchen counter, polishing it with a cloth, before doing the same to the metal tap.

After this, the animal can be seen vacuuming the plush grey carpet, and the housework is completed when they then tidy away their toys into a designated basket.

The nine-second-long clip has since gone viral, having been viewed 22,600 times and garnered over 2,531 likes.

Many took to the comments section to share their delight at the light-hearted video.

One Twitter user, @papacathy7, joked: “maybe if i show this to my parents, they’ll change their mind about letting me have a cat [sic].”

Another person, @JacobWisner1, added: “I would pay so much money for a cat-based cleaning service.”

While a third, @tallgreyfella, wrote: “About time they earned their keep !!!”

A fourth, @boxedkallutos, simply commented: “Such a good cleaner.”

If you are a cat person, then you may also enjoy another video posted to Twitter that seems to show a white fluffy feline putting in the work to hone their physique.

The humorous clip was posted by @AnimalsWorld alongside the caption: “Working on that summer body.”

In the footage, the cat can be seen on a street sidewalk lying on their back and raising their head forwards and backwards in a motion that mimics abdominal crunches.

While another person, @jiminieesfilter, found the footage especially relatable, captioning the content: “Me in 2020.”

While a third, @insaneisgone, jokingly added: “Darn…summer is coming. And 1 and 2 and 3.”

The six-second-long clip has also gone viral, having been viewed over 161,000 times and receiving more than 8,300 likes.