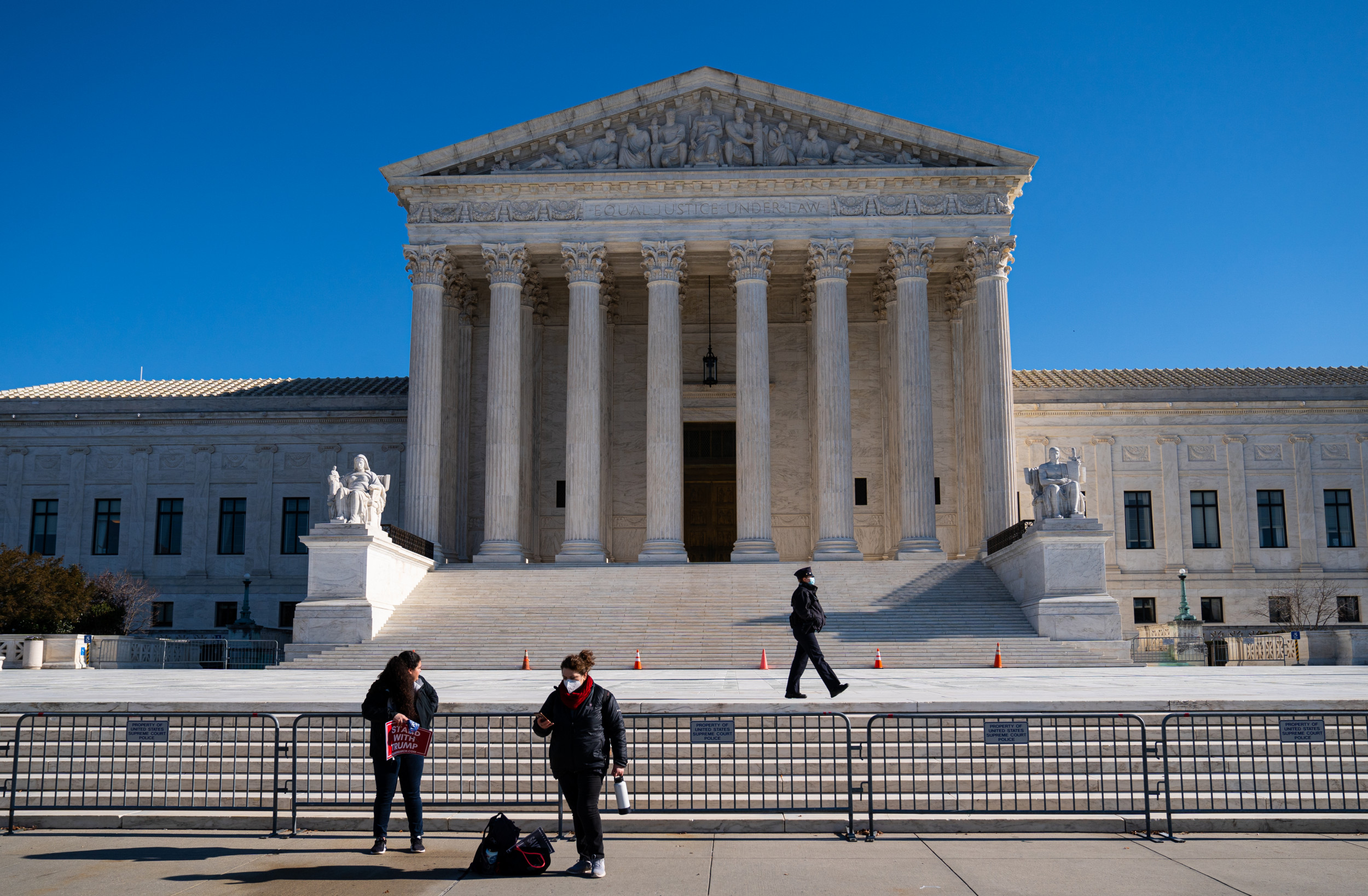 When President Joe Biden announced his first slate of judicial nominees last week, all the media attention was on his identity politics. All three picks for federal circuit courts were black women. If confirmed, we would also have the first Muslim district judge, the first Asian American on the D.C. district court and the first “woman of color” district judge in Maryland. As the White House press release crowed, “the federal bench should reflect the full diversity of the American people.”

That’s nothing new. Going back to Jimmy Carter’s focus on “representativeness,” Democratic presidents have touted demographics ahead of most other considerations when it comes to judicial nominations. Carter’s attorney general, Griffin Bell, once testified that “Mr. Carter was prepared to appoint to the Federal Bench a black, Hispanic, or woman lawyer who was found to be less qualified than a white male as long as the appointee was found qualified.” The president admitted as much in a December 1978 press conference: “If I didn’t have to get Senate confirmation of appointees, I could tell you flatly that twelve percent of my judicial appointments would be black and three percent would be Spanish-speaking, and forty percent would be women, and so forth.”

The next Democratic president, Bill Clinton, broadened that commitment, and Barack Obama went even further. Both would be criticized, however, for appointing judges who weren’t as jurisprudentially strong as the Republican appointees they’d be dueling with, which is of course the downside of a focus on demographics. Indeed, Obama would’ve gone even further in his judicial affirmative action had the American Bar Association not warned that it would rate many of his candidates “not qualified” if he formally nominated them. That’s why Biden ended the ABA’s privileged pre-screening role, matching Republican practice going back decades.

An interesting wrinkle to that delicate search for both diversity and quality is that many Democratic appointees, including judges “of color,” have been either prosecutors or corporate lawyers. Those experiences make jurists more moderate and deferential to law enforcement—not exactly the progressive avatars that the party’s base demands. Indeed, when Biden was pressured to put out a list of potential Supreme Court nominees during the presidential campaign—he never did, because whoever he named would hurt him with either his base or swing voters—the activist group Demand Justice put out a 32-name “shortlist.” The list drew attacks for its radicalism, and the group later expanded it to 43 names to reflect political realities.

One of the names missing from Demand Justice’s initial list was D.C. District Judge Ketanji Brown Jackson, now Biden’s pick to fill the D.C. Circuit opening created by Merrick Garland‘s confirmation as attorney general. Demand Justice left Jackson off at first because of her corporate experience. That’s ironic, because even though she has a mixed reputation as a judge, with several prominent reversals, her ideological bona fides have never been in doubt. Moreover, her highly credentialed legal career included a two-year stint as a federal public defender.

Two other Biden nominees were also public defenders, two more were likewise criminal defense attorneys and another was an army JAG. So it seems that excluding ABA pre-screening—the group will still formally evaluate the picks post-announcement—does allow for the consideration of nontraditional backgrounds, a long-overdue move.

Of course, given that the legal profession has for decades skewed leftward, particularly at its elite levels, Democratic presidents have long had more margin for error than their Republican counterparts, with or without ABA approval. As Republicans struggle for “no more [David] Souters”—or John Robertses—Democrats know they’ll generally get the rulings they want on expansive federal regulations or progressive social goals. They can afford to focus on identity politics rather than ideology. The reason President Trump didn’t appoint many black female judges wasn’t racism or misogyny, but that there just aren’t many originalists or textualists who check those demographic boxes.

Biden’s first group of nominees was designed to go down easy; they’re all headed for courts in D.C. or states with two Democratic senators, so there’s no concern about blue slips or other political blips. That’s largely going to continue, since most judicial vacancies are in blue states where senators didn’t want to play ball with the Trump White House or then-majority leader Mitch McConnell. Or where judges waited until Biden was elected to announce their retirements.

As of this writing, there are 74 Article III judicial vacancies (seven circuit, 65 district and two on the Court of International Trade), with 23 more announced for later this year. That’s significantly fewer opportunities than Trump had at this stage, so Biden will be hard pressed to match his predecessor’s 234 confirmations—which was second all-time for a single term after Carter, for whom Congress created 152 new judgeships as consolation for not having any high court seats to fill.

But regardless of how well Biden’s nominees are received in our 50-50 Senate, the real fight will happen when 82‐​year‐​old Justice Stephen Breyer inevitably retires to avoid Justice Ruth Bader Ginsburg‘s fate of being replaced by someone of a different jurisprudential stripe. If Trump hadn’t kicked away both Georgia Senate seats (and thus the Republican majority) with his post-election shenanigans, Breyer would likely be staying on through the 2022 midterms, when Democrats face a favorable electoral map. Now the oldest justice doesn’t have that excuse, so expect the fourth Supreme Court battle in five years this summer.

When that happens, you’ll be hearing Judge Jackson’s name even more, as Biden’s pledge to elevate a black woman narrows the pool of plausible candidates. There are currently only four black female circuit judges, the youngest of whom is pushing 70, so Jackson will have the inside lane.

Ilya Shapiro is a vice president of the Cato Institute, director of Cato’s Robert A. Levy Center for Constitutional Studies, and author of Supreme Disorder: Judicial Nominations and the Politics of America’s Highest Court.