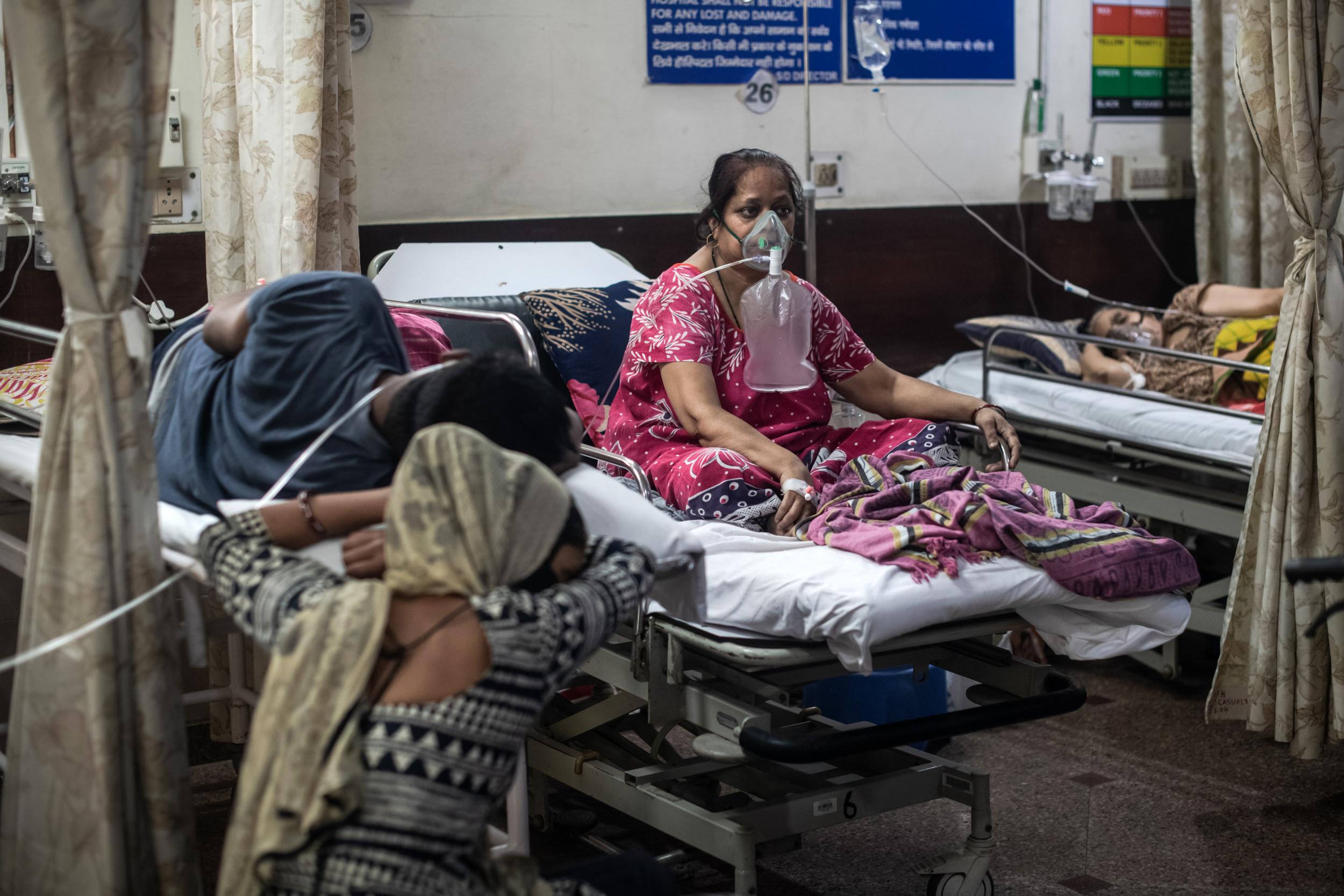 As COVID-19 cases continue to surge, India is facing a shortage of oxygen at many hospitals.

Twenty-four COVID-19 patients died at a government-run hospital in the southern state of Karnataka on Sunday into Monday. Many people are attributing the deaths to a lack of oxygen and blaming the central government.

“Died or Killed? My heartfelt condolences to their families. How much more suffering before the ‘system’ wakes up?” Indian National Congress member Rahul Gandhi tweeted.

“All the people who died may not have died due to oxygen shortage,” he added.

The Karnataka Chief Minister B.S. Yediyurappa called for an investigation.

In a Twitter thread, Yediyurappa sent condolences to the family members of those lost at the Chamarajanagar district hospital and ordered an inquiry.

“We will also ensure that such an incident is never repeated,” he said.

As a catastrophic surge of the coronavirus sweeps through India, the leaders of 13 opposition parties urged the government to launch a free vaccination drive and ensure an uninterrupted flow of oxygen to all hospitals.

Several hospital authorities sought court intervention over the weekend to provide oxygen supplies in New Delhi, where a lockdown has been extended by a week in an attempt to contain the wave of infections.

The New Delhi High Court said it would start punishing government officials if supplies of oxygen allocated to hospitals are not delivered.

“Water has gone above the head. Enough is enough,” it said.

India reported 368,147 new coronavirus cases and 3,417 deaths on Monday—numbers that experts believe are vast undercounts because of a widespread lack of testing and incomplete reporting.

The health ministry said it has confirmed 19.9 million COVID-19 cases since the start of the pandemic, behind only the U.S., which has counted more than 32.4 million. It said more than 218,000 people have died.

Prime Minister Narendra Modi‘s government has been severely criticized over its handling of the surge, which has pushed India’s already fragile and underfunded health system to the brink. Massive election rallies organized by his Bharatiya Janata Party and other parties as well as a giant Hindu festival on the banks of the Ganges may have exacerbated the spread, experts said, adding that new variants could also be increasing cases.

Meanwhile, the world’s biggest cricket tournament, the Indian Premier League, said Monday’s match between the Royal Challengers Bangalore and Kolkata Knight Riders would be rescheduled after two players tested positive for the coronavirus. The two players have self-isolated and medical personnel were tracing their contacts.

Despite rising cases, the league has held matches every evening behind closed doors since it kicked off in April.

India opened its vaccination campaign to people ages 18 to 44 on Saturday, a mammoth task undermined by limited supplies. India is the world’s biggest producer of vaccines, but even the ongoing effort to inoculate people above 45 is stuttering. Since January, 10% of Indians have received one dose but only around 1.5% have received both required doses.

Currently, only those over 45 can receive free vaccines at government inoculation centers. Private hospitals charge for the shots.