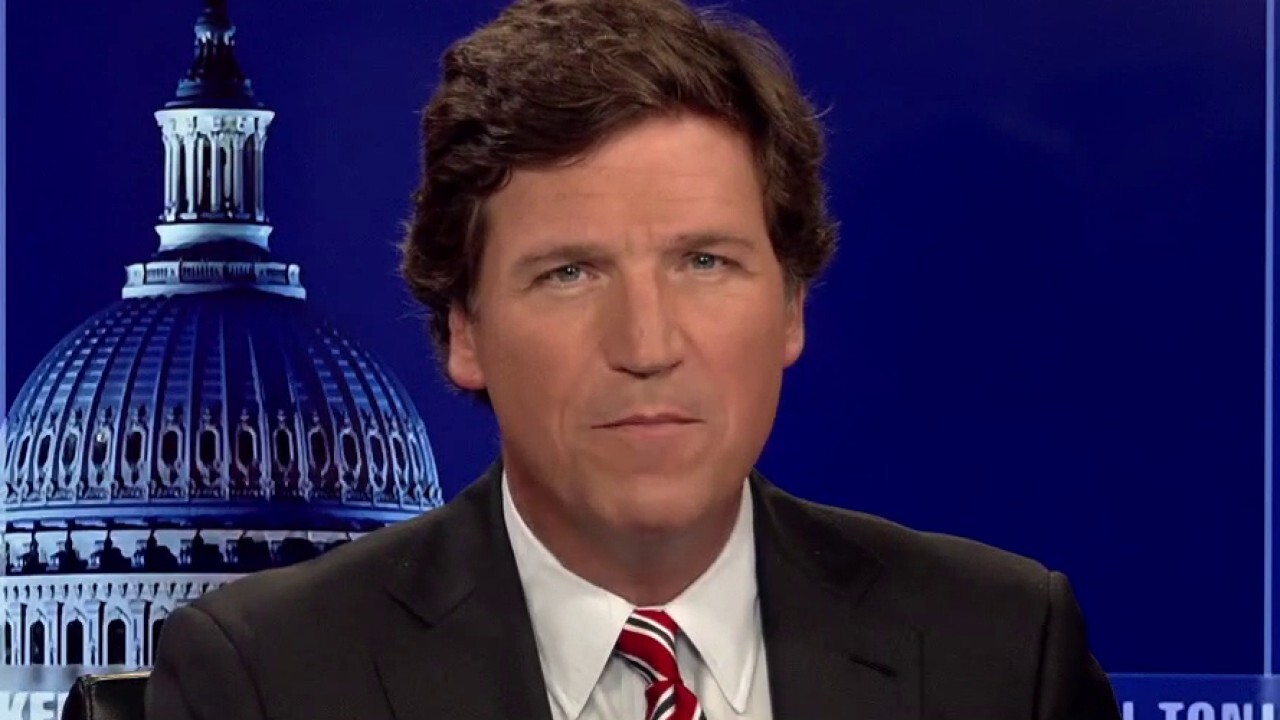 If you’ve been on the internet this week, you’ve probably seen the CIA’s most recent recruiting video. If you haven’t seen it, there’s really nothing we can do to prepare you for the experience, except to tell you two things: first, it’s entirely genuine. This is not a hoax, or a deep fake, or the work of some demented comedic genius who’s set up a parody account on Twitter. No. This video is real. The second thing to know is that it’s from the CIA. That’s not the Culinary Institute of America, the people who teach baking and sushi preparation. No. That’s the Central Intelligence Agency, the guys who do waterboarding and subvert foreign elections. The CIA is the most heavily-armed, and supposedly the most sophisticated intelligence-gathering operation on the planet. And yet somehow, they produced this video, and then put it on social media.

“I am a woman of color. I am a mom. I am a cisgender millennial who’s been diagnosed with generalized anxiety disorder.” And then she told us — hilariously — that this new spunky new CIA lady is also “intersectional,” but — and pause for laugher here — “my existence is not a box-checking exercise.” Well of course not. Box checking? Just a cisgender Latina millennial mom of color with a certified emotional disability. Not a hint of box-checking here.

In fact, it sounds like pure meritocracy — if by “meritocracy,” you mean a system in which narcissism is the highest achievement. At Joe Biden’s CIA, the spies talk mostly about themselves. You can just imagine what the job interviews must be like. “Tell us about yourself, and please don’t ever stop. So you can change a diaper with one hand and console a crying toddler with the other? Plus, you’re emotionally unstable? Perfect. You’re just the person we’ve been looking for to foil the next 9-11 plot. Let’s get you to The Farm for some weapons training.” That’s your CIA at work. Not everyone has embraced these new hiring standards.

“The CIA used to be about mission to country,” wrote former CIA officer Bryan Dean Wright, in an observation that was shared by many of his former colleagues. “Now it’s now about demanding — and getting — accommodation to fix an emotional wound or advance a personal agenda. America is less safe with this new CIA, and dangerously more political.”

That’s what Bryan Dean Wright wrote. Now, Wright is a sincere and patriotic person, we know him well, he’s a frequent guest on this show, so we don’t contradict him lightly. But is it possible Wright is taking this video too literally? Could Bryan Dean Wright might be missing the point of it? What if the CIA’s latest description of itself isn’t what it appears to be? This is an intelligence agency, after all. These are spooks. Their world a hall of mirrors. So to you and me and Bryan Dean Wright, that video may come off as the Babylon Bee version of identity politics gone wild. Maybe that’s the point. Maybe that’s what they want you to think. Maybe there’s something more going on.

For months now, the Biden administration has told us that a group called “white supremacists” are America’s most dangerous enemy. White supremacists don’t live in the Middle East. Their caliphate is right here in America, in Nebraska and western Maryland, and even, believe it or not, in the suburbs outside Minneapolis. How can you tell a white supremacist? How do you know when you’re in presence of one? It’s simple: anyone who objects to be being called a racist without evidence must be a white supremacist. That’s the working definition. Beyond that, no one has defined the term. People in Washington just repeat the line, again and again, and again, in the apparent belief that frequent repetition makes it scarier.  And apparently, it does. Former CIA director John Brennan seems genuinely alarmed:

JOHN BRENNAN: The members of the Biden team who have been dominated or have been appointed are now moving in laser-like fashion to try to uncover as much as they can about what looks very similar to insurgency movements that we’ve seen overseas, where they germinate in different parts of the country, and they gain strength, and it brings together an unholy alliance frequently of religious extremists, authoritarians, fascists, bigots, racists, nativists, even libertarians.

That’s quite a list. “Religious extremists, authoritarians, fascists, bigots, racists, nativists. Even libertarians.” Yes, says John Brennan with a visible quiver, even libertarians. Even libertarians, even the guys at the Cato Institution. That’s how deep this white supremacist threat really is. You may be surprised to hear that. You imagined in your naiveté that professional libertarians were merely ridiculous, with their stupid little theories that no one’s ever tried because they’re so self-evidently absurd they’d evaporate like steam if they ever made it beyond the walls of a Koch-funded think tank, which of course they never will. But no. It’s much worse than that.

The Cato guys are dangerous, just like their diabolical friends at AEI. They’re the new al Qaeda. Lock them up. Throw them in prison with those diabetic retirees from Central Florida who’ve been rotting in solitary since they dared to trespass at the Capitol on January 6th. Lock them away. From now on, if they want to communicate with Roger Stone, they’ll have to use tap code. If we need more cells to hold them, there’s a budget for that. Prison reform doesn’t apply to white supremacists.

That’s what John Brennan has told us. That’s what they’re all telling us. They repeat it daily. The question is, does anyone with an IQ over 80 actually believe a word of this? Does anyone in power really think something called “white supremacy” is the greatest threat America faces?

No, of course not. Susan Rice knows that isn’t true. So does Barack Obama. So do all the other architects of the lie. They made it up in the first place, so of course, they know precisely how false it is.

They may be liars, but they’re not delusional. In real life, they understand perfectly well what threatens America. They’ve seen it up close. It’s the culture that produced them. It’s the decadent rich people from their class at Harvard. It’s the gender studies department at Cornell. It’s the cat cafes in Austin and Asheville.

It’s the Monday editorial meetings at the Atlantic magazine, where David Frum is treated like an important intellectual, rather than some dopey middle-aged Canadian Twitter celebrity whose life goal is to force America into yet another unwinnable pointless war. Those are the people who actually detest the country. They’re the ones working through the night to destroy it. They’re the people who are committing and excusing violence. So, if you wanted to save America, these are the people you’d be worried about. They make the Iranian nuclear program look like nothing.

So maybe the CIA actually does know this. Maybe they really have it figured out. Maybe the intersectional lady with the emotional problems is just a deep-cover operative. Think about that. It makes sense, actually. When defeating ISIS was the goal, we recruited Arabic speakers. Why wouldn’t me? Now that our own professional class is obviously the real threat, we need people who can blend in at McKinsey. In both the Middle East and here, we need agents who understand the enemy — who speak his language, who understand his customs, who can break bread with tribal leaders in a yurt in the mountains — or for that matter, in Napa, or on the quad. For a mission like that, we’re going to need a brand new kind of spy. The old kind will not do. Imagine James Bond trying to infiltrate the Queer Dance collective at Brown.

Yes, those were cigarettes without filters, but entirely the wrong kind. That guy was smoking testosterone-enhancing tobacco. Think the enemy wouldn’t notice that? He would have been arrested at the door on a hormone violation. Game over. Cover blown. They’d do to him what the Soviets did to Gary Powers. Get ready for a show trial.

This progressive new CIA agent, by contrast, would never be discovered. They wouldn’t suspect her for a minute. She’s just like them: They’re unhappy. So is she. They got diagnosed with emotional disorders. So does she. They can talk about themselves for eight hours at a time. She can too. Talk about deep cover. This woman is a natural mole, the Kim Philby of wokeness.

The Biden administration appears to be training a lot of spies like this. They know this war won’t be won in a day. Existential struggles never are. So they’re marshaling all the forces of government, from DHS to the president’s own personal flak. Even the Interior Department has a role to play. You can even watch them try on their social justice disguises.

DEPARTMENT OF THE INTERIOR OFFICIAL: “I acknowledge the place-based knowledge of these peoples and I’m grateful for their ancestral and current stewardship of these lands, my pronouns are she/her.

You read that and you think, that can’t be real. Let’s hope you’re right. Let’s hope it’s a ruse.

This article is adapted from Tucker Carlson’s opening commentary on the May 4, 2021, edition of “Tucker Carlson Tonight.”