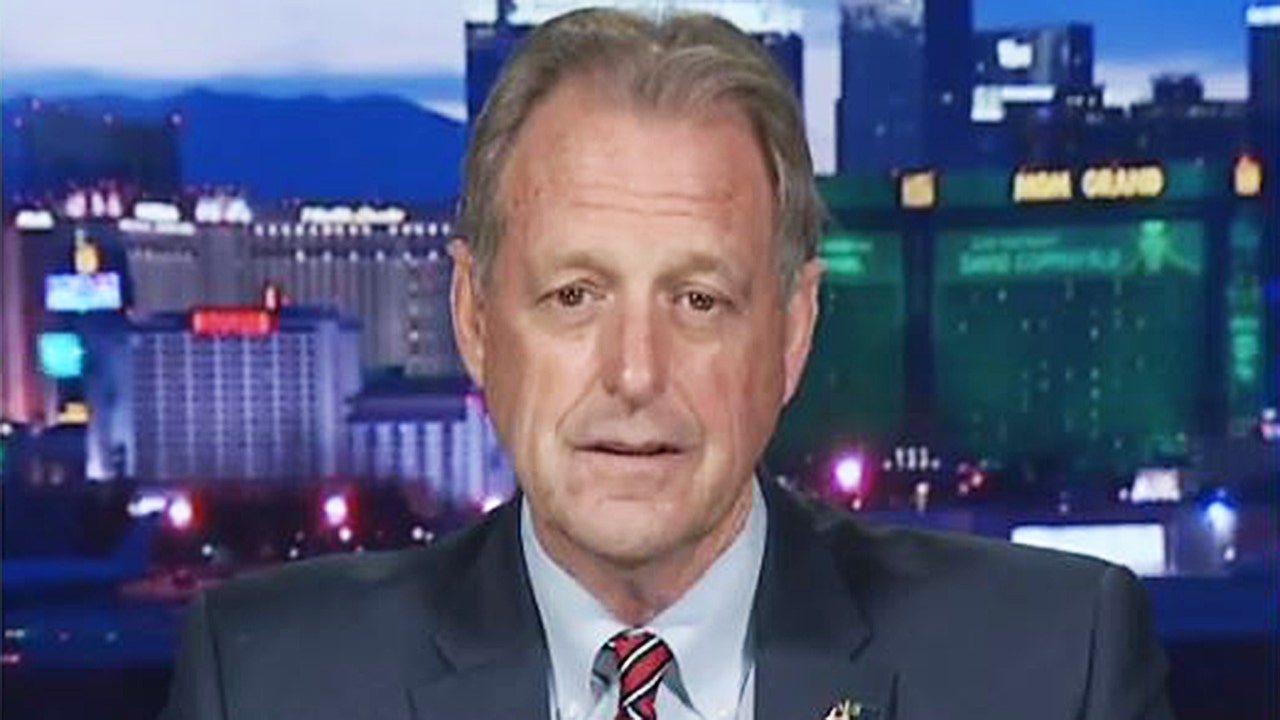 Like every Nevadan, I grew up in awe of the American experiment.  As children, we looked up to the flag and were proud of what it symbolized and what it stood for – freedom, opportunity and promise. Back then, we knew both parties – despite their political differences – shared the same values.

Like so many other Nevadans, I registered with the Democratic Party because Democrats seemed to be the party of the working class.  As a dishwasher who joined the Culinary Union, that’s what was – and still is – important to me.

But like President Ronald Reagan and President Donald Trump, I’ve seen firsthand how the Democrat Party has changed – radically, and not for the better. They’ve embraced a socialist, extremist agenda that is not the party of JFK, or of my parents. Their ideas hurt working-class families, restrict freedom and extinguish opportunity for millions of Americans – particularly working-class minorities who deserve the chance to give their families a better life.

As the Democratic mayor of North Las Vegas, I have the great privilege of leading our city, both in times of prosperity and through incredibly trying times, much like we’ve seen this past year. We Nevadans, and we Americans, are resilient. We live in the greatest country in the world, made possible thanks to the values we hold dear. Today, these values are under attack.

Here in Nevada, we’ve seen the full takeover of the Democratic Party by admitted socialists. Their goal is clear – ending the America we know and love, and replacing it with a culture of socialist conformity that erases freedom, opportunity and liberty from the American canvas.

I will not let the America I love be hijacked by an extremist left-wing mob that blacklists, bans, shouts down and cancels anyone who disagrees with them.

That is why I am switching to register as a member of the Republican Party. Though I’ve been a registered Democrat on paper, I made the switch in my heart a long time ago, because on some things, there’s simply no compromise.

That’s why I voted for President Trump twice.  That’s why I had an A-plus rating from the NRA and their endorsement in my time in the state Senate. I refused to compromise my pro-life, pro-Second amendment values.

There used to be a place in the Democratic Party for conservative voices like mine. Today, that’s no longer the case.

There used to be a place in the Democratic Party for conservative voices like mine. Today, that’s no longer the case. Their party demands a senseless devotion to cancel culture, socialism and anti-American values I simply do not share.

I’m not the only former Democrat who feels abandoned by the modern Democrat Party. I know there are countless others who want to make the switch, because it means the difference between hope and despair for their children and grandchildren. And I want them to join me in making that switch.

The Republican Party that has emerged from President Trump’s leadership is a working-class party of opportunity, freedom and hope. I don’t just want that for my family – I want that for every Nevadan and American.

The Great Seal of America says: ”Out of many, one.” Our national motto is: ”In God we trust.” It’s time to bring people together to get things done. It’s time to stop shouting and start solving problems. It’s time to defend the America we love so our sons and daughters can share in the blessings we’ve enjoyed.